Bohnert Lab Receives Grant through the National Institute on Aging 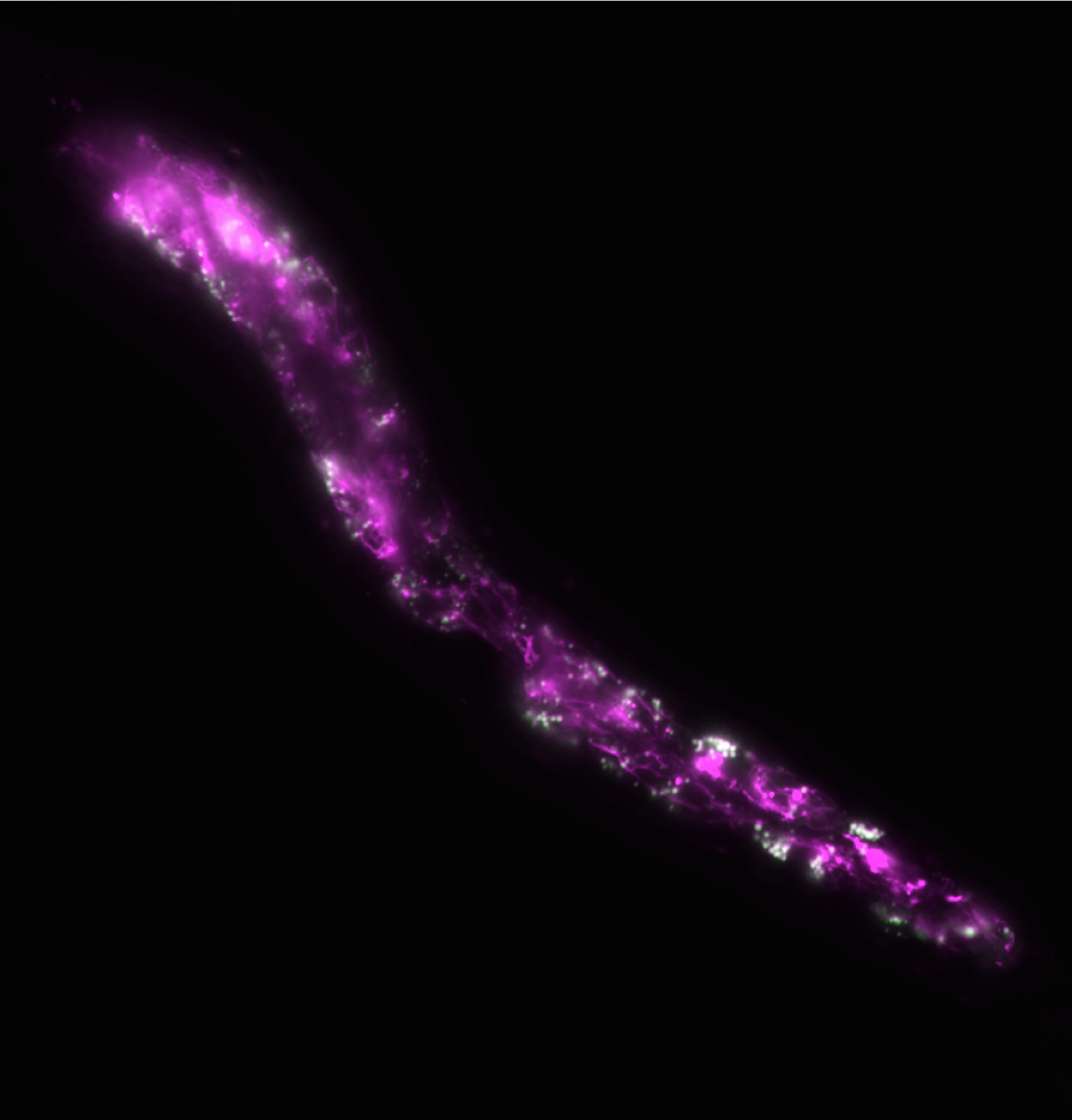 The Bohnert Lab has been awarded a 5-year R01 through the National Institute on Aging. The title is "Pexophagy regulation in live animals and its role in aging and longevity." Bohnert is the Principal Investigator and sole investigator on this grant. This grant is based off of studies that were published in Autophagy in 2021.

Here is a breakdown of the study: The Bohnert lab recently found that peroxisomes, compartments inside cells that play a role in detoxification, are rapidly destroyed in young-adult animals during the early stages of aging. Their finding suggests that peroxisome destruction may be one initiating event that ultimately leads to a decline in health as animals get older. They are now interested in identifying genes that control this process, with the goal of exploring if interventions that prevent peroxisome destruction may increase lifespan.

“We are excited to further investigate this relatively understudied aspect of aging biology, as it could suggest new routes to help animals live longer, healthier lives.”