2022 Louisiana Survey Shows Most Residents Confident in State, but Parties Disagree Over Restrictions on Voting 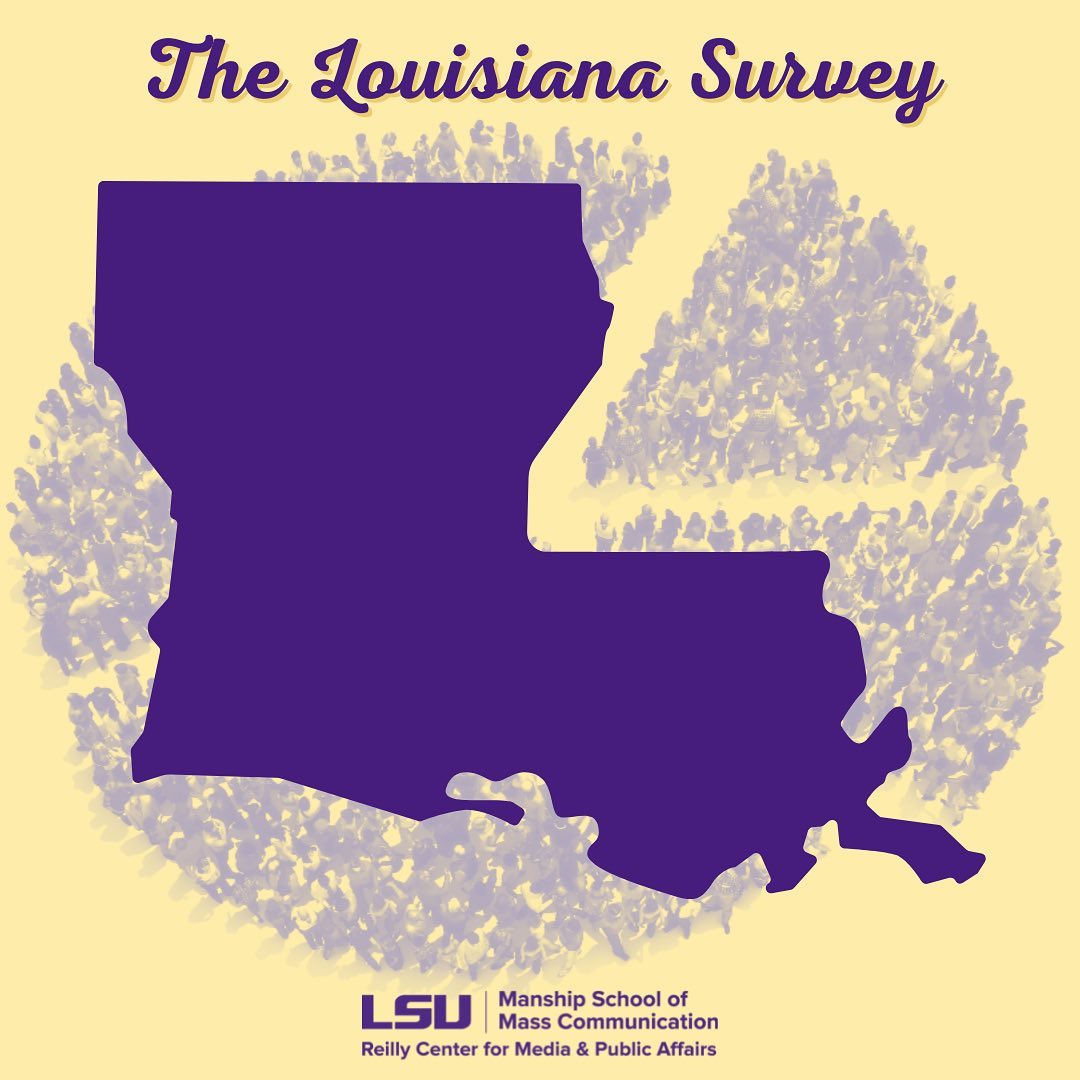 BATON ROUGE—Research from the Public Policy Research Lab (PPRL) at LSU Manship School of Mass Communication’s Reilly Center for Media & Public Affairs shows residents are more confident about ballot access, but political parties tend to disagree over restrictions on voting and the public has a mixed view on its political efficacy. Trust in news organizations is also declining both nationally and locally.

Findings from the fourth of six reports indicate the following results from questions asking Louisiana residents about elections in the state and news media:

The Louisiana Survey has been conducted for the last 22 years, establishing rich longitudinal measures of public opinion in Louisiana. The mission of the Louisiana Survey is to establish benchmarks as well as to capture change in residents’ assessments of state government services. The survey is further dedicated to tracking public opinion on the contemporary policy issues that face the state. Each iteration of the Louisiana Survey contains core items designed to serve as barometers of public sentiment, including assessments of whether the state is heading in the right direction or wrong direction, perceptions about the most important problems facing the state, as well as evaluations of public revenue sources and spending priorities.

The survey is a project of the Reilly Center for Media & Public Affairs, an integral part of the LSU Manship School of Mass Communication. The Reilly Center’s mission is to generate thoughtful programs, dialogue and research about mass communication and its many-faceted relationships with social, economic and political issues.

Read the fourth Louisiana Survey report in full at https://www.lsu.edu/manship/research/centers-labs/rcmpa/research/la_survey.php.

LSU's Public Policy Research Lab is a joint effort of the Manship School of Mass Communication’s Reilly Center for Media & Public Affairs and the College of Humanities and Social Sciences at LSU. It provides a variety of services including survey research, ‘big data’ analytics, social media tracking, and focus group interviews. The Lab combines professional capability, the latest data technologies, and the variety of intellectual assets available at LSU to serve our clients’ research needs.

The Reilly Center for Media & Public Affairs is partnership-driven, action-oriented and dedicated to exploring contemporary issues at the intersection of mass communication and public life. Its interdisciplinary approach draws together experts from diverse fields to advance research and dialogue. The intent is to inspire our communities to think deeply, take action, develop solutions and broaden knowledge. Underlying the Center’s endeavors is to strengthen and advance the Manship School’s national and state leadership in media and politics.