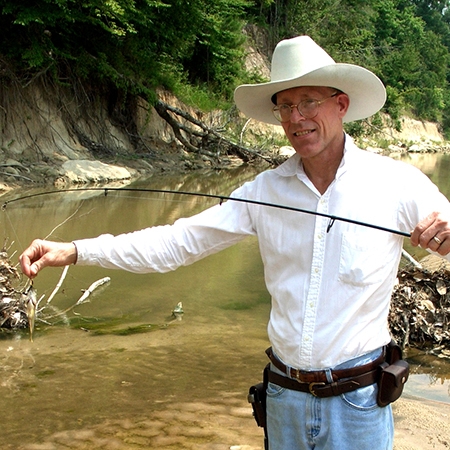 Richard P. McCulloh holds a B.S. degree in geology from Oklahoma State University and an M.A. degree in geology from the University of Texas at Austin. He joined the Louisiana Geological Survey (LGS) in Baton Rouge after working for two years as a geologist for Conoco Minerals Inc. in the south Texas uranium district. Since joining LGS he has been involved in a variety of subsurface and surface geological investigations, with the overall focus of his efforts shifting from the subsurface Tertiary to the surface geology of Quaternary and Tertiary units. Areas of research interest and involvement (formal and informal) have included assessment of geopressured-geothermal potential; assessment of sedimentary uranium potential; stratigraphic configurations associated with Miocene growth faults; delineation of shale-filled channels in the Wilcox Group; surface and shallow-subsurface geology of emergent salt domes in coastal Louisiana; structural geomorphology as reflected in stream nets and alluvial courses; and surface geology at 1:24,000, 1:100,000, 1:250,000, and 1:500,000 scales. He has also done part-time work as an editorial assistant for Erico Inc. (precursor of Masera Corporation), an international petroleum consulting firm; and as an abstractor for Japanese Technical Information Service, a subsidiary of University Microfilms.