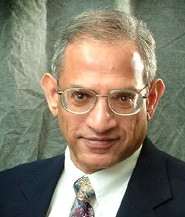 Chacko J. John is former Director, State Geologist and Professor-Research at the Louisiana Geological Survey (LGS), Louisiana State University (LSU). He holds M.S. and Ph.D degrees in Geology from the University of Delaware, and B.Sc. and M.Sc. Degrees in Geology from the University of Nagpur (India). Prior to his present position he served as Director of the Basin Research Institute of Louisiana State University, which is now the Basin Research Energy Section of the LGS. John joined the LGS in 1987 and subsequently held the positions of Assistant Professor-Research, Associate Professor-Research, Chief, Energy and Mineral Resources Section, and Director of Research before being appointed to his current position in 1997. He has previously served as an advanced geologist with Marathon Oil Company, as a senior exploration geologist with Geo Consultants International, and as geologist-in-charge of the Akula Clay mine with English India Clays Ltd.