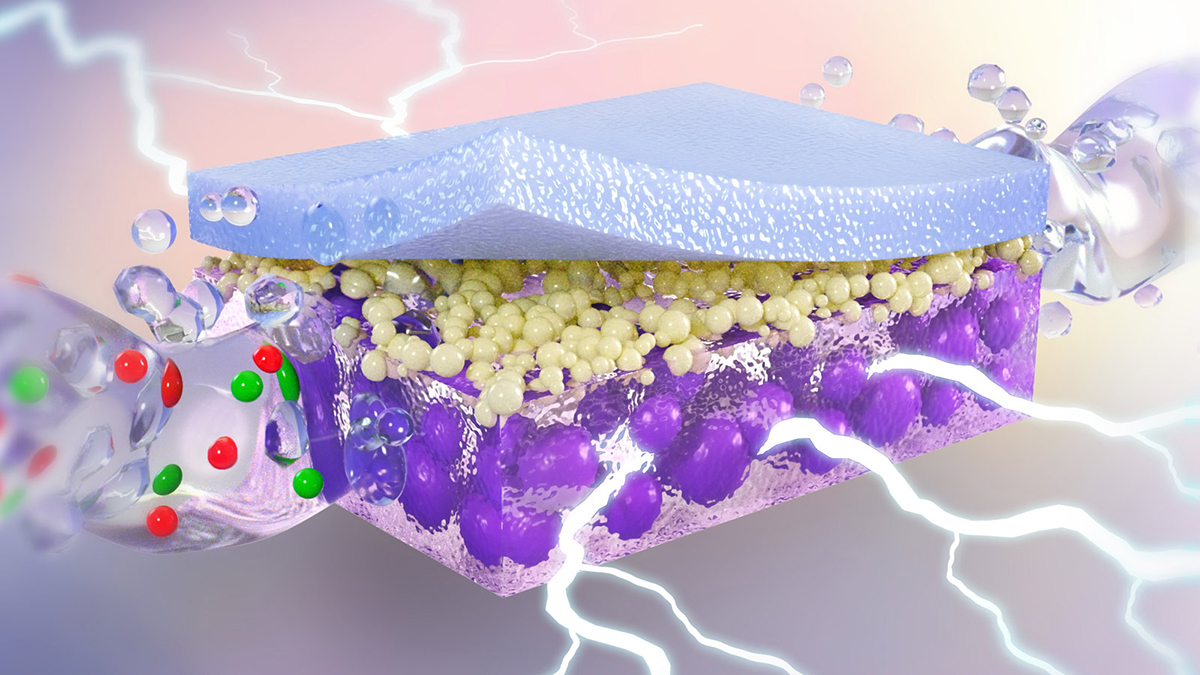 As much as 15% of U.S. energy is spent on separating and purifying chemicals. Electrically-driven separations augmented with functional materials, such as electrodeionization and membrane-capacitive deionization, which are studied by the LSU-Penn State team, could save a lot of energy—especially in Louisiana, where chemical manufacturing is a major industry. They could also help stabilize freshwater supplies for energy production.

BATON ROUGE, September 29, 2021—An interdisciplinary team of LSU-Penn State researchers has been awarded $1.5M from the U.S. Department of Energy (DOE) to develop a smarter approach to ionic separations, which are important for water treatment, resource recovery, and energy production. Using machine learning, the researchers are building a platform for accelerated materials and processes discovery. It combines continuously refined and cross-linked data on both the molecular level, the materials level, and the device level. The platform bridges transport, thermodynamic, and kinetic phenomena from the super-small, or nano-level, to plant-scale equipment.

“This research will take advantage of the rapid growth of artificial intelligence and machine learning to accelerate the discoveries needed for more efficient energy generation, storage, and use, while eliminating or reducing the emission of greenhouse gases and the use of critical resources.”—Steve Binkley, acting director of the U.S. Department of Energy‘s Office of Science

Through this highly competitive DOE award, LSU joins a selective group of 10 universities and national labs, including Caltech, Cornell, Harvard, Stanford, and Los Alamos, all working to develop cutting-edge research tools that will lead to the discovery of new clean-energy technologies. Their shared focus is on data-driven models of complex chemical or materials systems.

“Data science, and especially artificial intelligence and machine learning, provides unique opportunities to leapfrog to novel capabilities for understanding fundamental properties and processes in physical and chemical systems,” said Steve Binkley, acting director of DOE’s Office of Science. “This research will take advantage of the rapid growth of artificial intelligence and machine learning to accelerate the discoveries needed for more efficient energy generation, storage, and use, while eliminating or reducing the emission of greenhouse gases and the use of critical resources.”

The goal of the LSU-Penn State project is to help optimize common and often costly processes in the chemical manufacturing and energy industries, the extraction and recycling of valuable minerals and elements, such as lithium and copper, and water purification. All while producing less waste and lowering energy costs.

“A challenge in the development of new materials for separation science is the scarce availability of data that limits the implementation and effectiveness of machine learning methods,” Romagnoli said. “In this project, data generated across all levels will be used to train machine learning regression algorithms to be incorporated into compositional physics-informed models. Synthetic data generated from these models will then be used to train machine learning surrogate models, suitable for devise optimization, alleviating the cost and time required to generate large datasets from physical experiments.”

“And then we follow up with physical experiments to make sure the data we get is both accurate and useful,” Arges added.

He and Romagnoli have previously used machine learning to improve fuel cells. That work helped them establish what they call a “playbook” for how to get answers to their research questions more quickly. This new project adds yet another dimension via collaboration with the LSU College of Science and Kumar, who is an expert on computational chemistry, using high-performance computing to simulate and predict outcomes of ionic transport and reaction kinetics at the molecular level.

“Machine learning is beautiful because you don’t have to have a priori knowledge of the relationships between things. That’s what the machine learning does—it takes large data sets and helps you see patterns.”—Revati Kumar, associate professor in the LSU Department of Chemistry with a joint appointment in the LSU Center for Computation & Technology

“Machine learning is beautiful because you don’t have to have a priori knowledge of the relationships between things,” Kumar said. “That’s what the machine learning does—it takes large data sets and helps you see patterns. Normally, if you look at all of that data, you have no chance of making sense of it, so this method is a big improvement and there are many validation steps.”

Their collaborative project addresses several separation science needs across multiple areas within the U.S. Department of Energy. It includes securing the supply chain for critical minerals and materials, extracting valuable organic acids from biofuel streams, and the water-energy nexus. The latter refers to the interdependence of water for energy production and energy to extract, purify, deliver, heat, cool, treat, and dispose of water. In Louisiana, large amounts of both energy and freshwater are needed by the chemical industry, the second-largest in the U.S. Meanwhile, rising seas and saltwater intrusion are threatening many established freshwater sources along the coast. This is not only a problem in Louisiana, but around the world. Through more efficient ionic separations, however, both seawater and contaminated water could more easily be turned into freshwater, helping to slow or halt what many already describe as a global water crisis. Both droughts and floods can limit freshwater access.

Beyond freshwater production, the machine learning system the LSU-Penn State researchers are working to develop can also help recover key minerals and elements from wastewater, including raw sewage, as well as fermentation broths used in the production of biofuels.

“There are many value-added chemicals in that mixture that would be good building blocks for commodity chemicals and new products, such as biodegradable plastics,” Arges said. “Also, think about how commonplace lithium-ion batteries are today. Soon, they’ll be even more common, and meanwhile lithium is a limited resource. The price of lithium depends on how much can be made available.”

Other impacts of more efficient ionic separations could lead to lower energy and water bills.

Even power plants and chemical plants with secure access to freshwater rely on ionic separations to reuse water, or soon will.

“Since water evaporates over time, the salt concentration of freshwater goes up, and it’s important to get the salt out, or you end up with corrosion and scaling,” Arges said. “There are many uses of this technology, and we look forward to sharing our playbook with the wider scientific community so they can use the tools we’re developing to advance their own research objectives in the area of ionic separations.”