In the very first study to look at impacts of the ongoing pandemic on hurricane preparedness and resilience in Louisiana, researchers at LSU Health New Orleans partnered with more than two dozen community leaders in New Orleans, Baton Rouge, and two predominantly rural parishes, St. Bernard and St. John the Baptist, to help validate facts on the ground and turn observations into actionable data. Most of the community leaders represent groups that routinely help residents prepare for, and recover from, severe weather events and flooding—a mission made more difficult by the need for social distancing imposed by COVID-19. 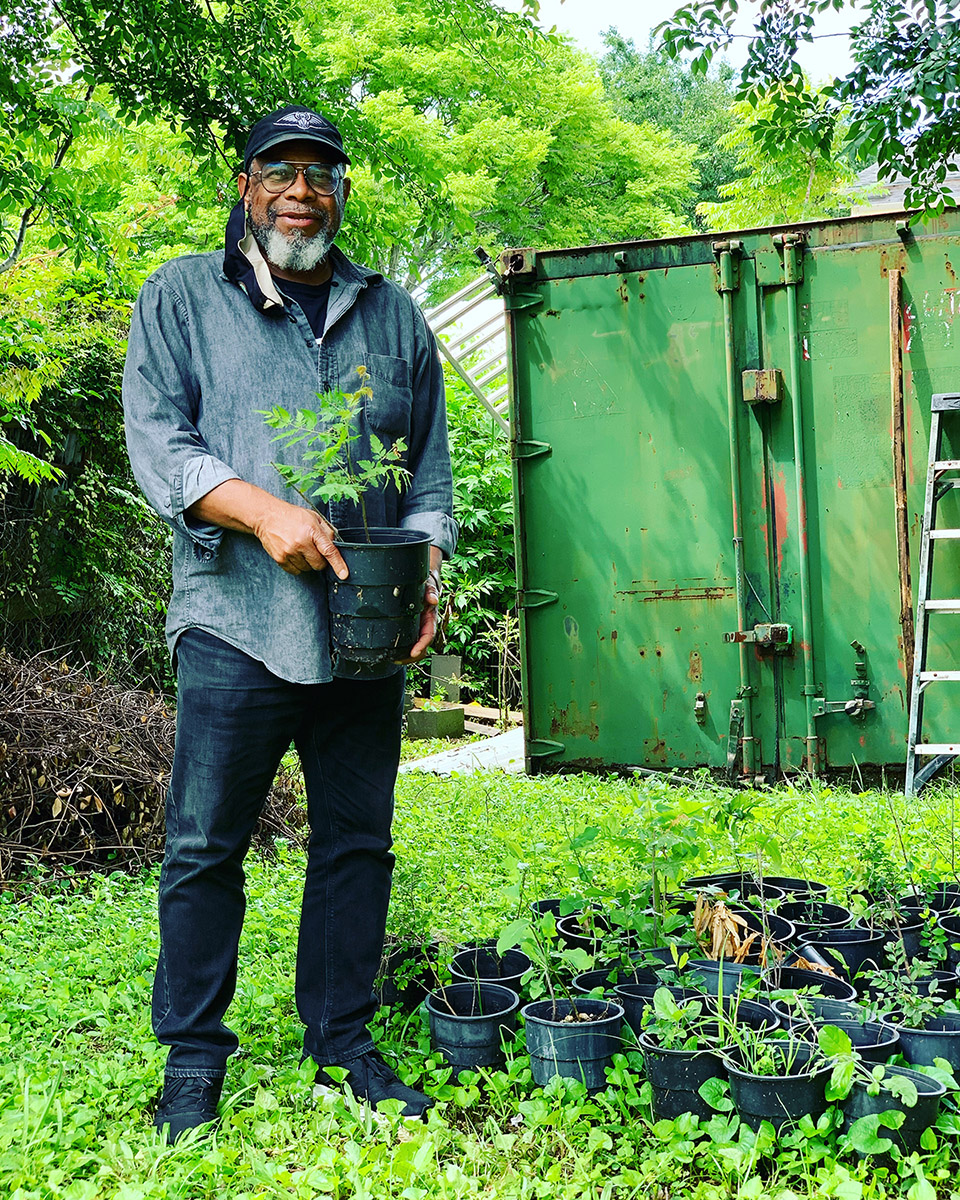 Arthur Johnson leads the Lower 9th Ward Center for Sustainable Engagement and Development, founded after Hurricane Katrina, which for many became a first lesson in how to stay in touch from a distance. Experience with previous disasters, such as Hurricane Katrina and the Deepwater Horizon Oil Spill, has led to both “disaster fatigue” and increased resiliency, as many community members report confidence in their own ability to recover.

“In South Louisiana, we’re used to living with a baseline existential threat because of our perennial experience with hurricanes,” said Dr. Benjamin Springgate, chief of community and population medicine at LSU Health New Orleans School of Medicine and one of the lead authors of the study. “So, in some ways, we’re resilient and quick to act. We’ve built relationships both personal and organizational to help support one another. But many of the solutions that have worked for us in the past simply do not work in the context of the pandemic, including how we evacuate.”

“If people don’t have cars and need help getting out, we’d have them ride a bus with a lot of other people to a shelter with even more people from outside their own household,” Dr. Springgate continued. “Now, and in the foreseeable future, is that an appropriate solution?”

Risk of infection also blends with fear of infection. Arthur Johnson, head of the Lower 9th Ward Center for Sustainable Engagement and Development in New Orleans, knows this well. He wanted to be part of the LSU study to help validate many of the concerns he has and hears on a daily basis in his own community, which predominantly consists of Black homeowners, many of whom live below the poverty level as well as below sea level, surrounded by water—wetlands, canals, and the Mississippi River.

“If you’re trying to evacuate hundreds of people, for example, you can’t just ask, ‘Is it safe?’ You have to ask, ‘Do people feel that it’s safe?’”—Arthur Johnson, head of the Lower 9th Ward Center for Sustainable Engagement and Development in New Orleans

“The reason this study is so important is because it adds documentation to things we already knew,” Johnson said. “COVID-19 has lifted to the forefront just how vulnerable we are in our communities. But ‘help’ has to be helpful to matter. You have to know what people are thinking, because they’ll base their responses and actions on those thoughts. Just because you offer ‘help’ doesn’t mean people will take it. That’s why it’s so important to talk to people on the ground, as this study is doing. If you’re trying to evacuate hundreds of people, for example, you can’t just ask, ‘Is it safe?’ You have to ask, ‘Do people feel that it’s safe?’”

On the back porch of his organization’s headquarters is a large red canoe, to serve as an emergency vehicle. In the yard are stacks of empty pots, maybe a thousand, which staff and volunteers fill with tiny trees from their nursery and bring out to the coast to plant to help fight erosion and land loss. While the non-profit’s main focus is on improving the natural and built environment, community health and nutrition, and supporting neighborhood businesses, it serves and coordinates with similar communities along the Gulf Coast, all the way from Texas to Florida, where a changing coastline and climate are imposing new priorities.

“We’re dealing with tornadoes now; that’s new,” Johnson said. “There are layers of challenges, and more and more, our organization is becoming a disaster hub. People turn to us for help. In this neighborhood, we serve as first responders before the first responders come.”

Over the past year, Johnson and his team have been heavily involved in helping the Lower 9th Ward community survive COVID-19. They’ve distributed food, including from their own garden, and partnered to host mass vaccination events in a local community center, serving thousands.

“We now have evidence for what works and what doesn’t when we’re dealing with compound disasters.”—Dr. Benjamin Springgate, chief of community and population medicine at LSU Health New Orleans School of Medicine and one of the lead authors of the study

“There’s been so much learning that has occurred over the last year,” Dr. Springgate said. “By understanding the confluence of these threats—hurricanes and the pandemic—we can work with our partners, government and community organizations, to help residents in Louisiana make it through this hurricane season, the next hurricane season, and potentially the next pandemic. We now have evidence for what works and what doesn’t when we’re dealing with compound disasters.” 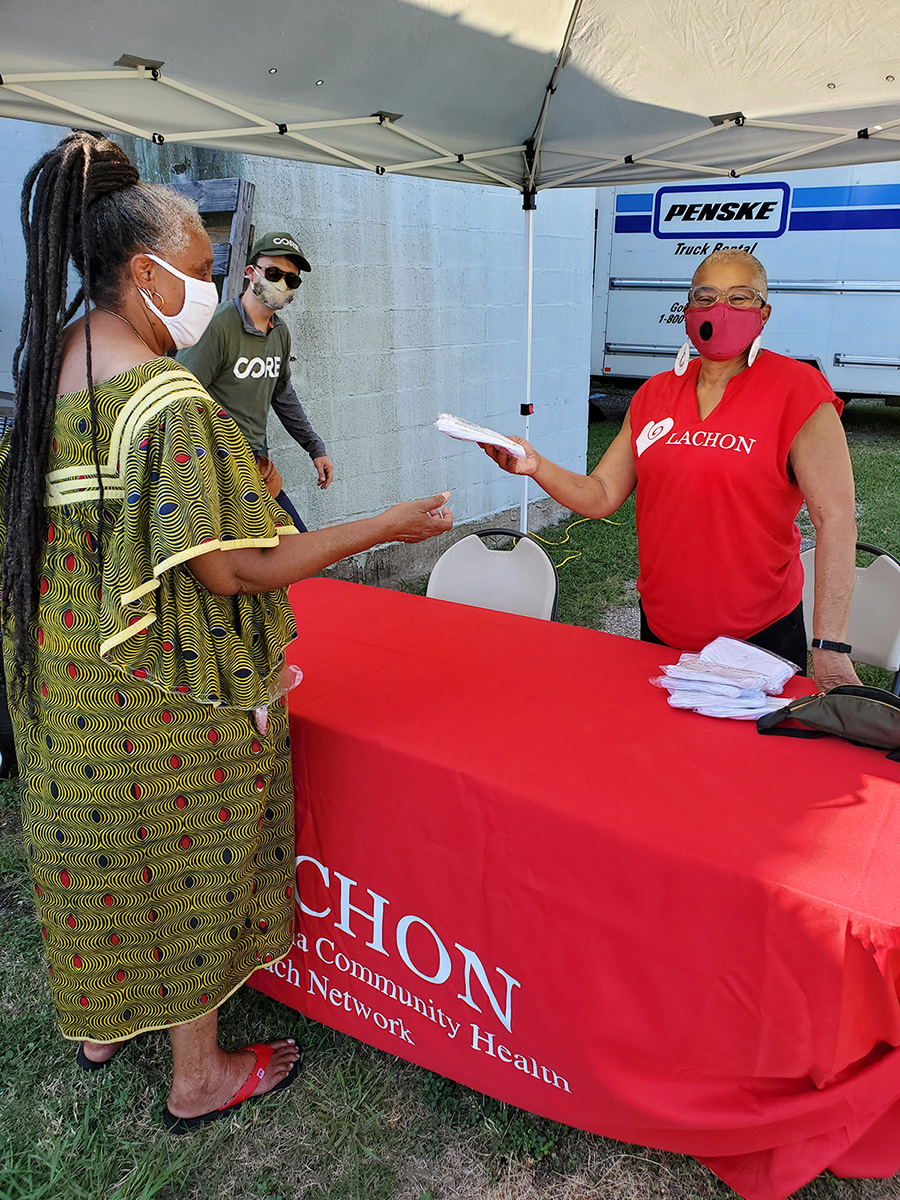 Past experiences with hurricanes and disasters allowed many community organizations in South Louisiana to act quickly and more effectively to protect people in the pandemic, according to the LSU study. Yet, the risk of infection has brought new challenges, especially in evacuation planning. Weighing flood risk against health risk, community members might express a preference for sheltering in place in the face of an oncoming hurricane.

Diana Meyers of St. Anna’s Episcopal Church in New Orleans is another community leader who will use the outcomes of the LSU study to adapt disaster preparedness and recovery programs.

“You have plans and always think your plan is the best in the worst-case scenario you’ve imagined, but there’s always a worse-case scenario, and the pandemic has proven this,” Meyers said. “Hurricane Katrina was terrible, but it was a one-and-done kind of thing. The disaster happened, but then it was over, and we could move on and figure out what needed to be done and how to get back on our feet. People could make decisions. With COVID-19, you can’t do that because you can’t figure out what tomorrow is going to be like. This disaster is lingering.”

Basic changes in routine hurricane preparedness might be adding masks and hand sanitizer to emergency supply kits that previously contained water, batteries, and first aid supplies, all for distribution to the community. Meyers has also learned that one of the most effective ways to distribute information and share resources is to work with and through the youth who participate in St. Anna’s largest community program.

“Whether it’s using new technology or connecting people with healthcare, the kids are often our biggest asset in getting information to people in the community who might not have access to a smartphone or the internet,” Meyers said. “Working with our youth has been great for us and the things we’ve learned can now benefit other community groups as their lessons benefit us in turn through the LSU study.”

In a recent project report, one community respondent defined the term resilience “not as bouncing back, but rather bouncing forward.”

In 2020, Louisiana saw the strongest hurricane (Laura) to make landfall in the state in over 160 years and a record number of named storms. Meanwhile, the pandemic took almost 8,000 lives.

Long-term sustainability of Louisiana communities is the primary focus of the LSU study, which is part of a larger project called Community Resilience Learning Collaborative and Research Network (C-LEARN), supported by the National Academies of Sciences Gulf Research Program. In a recent project report, one community respondent defined the term resilience “not as bouncing back, but rather bouncing forward.”

“We work with community health workers across the state and C-LEARN has been an important piece in getting them the information, resources, and tools they need to move forward,” said Catherine Haywood, chair of the Louisiana Community Health Outreach Network and a founding member of the non-profit organization Women with a Vision. “Beyond the communities they serve, we’ve also been concerned about the safety of our community health workers.”

C-LEARN has helped document many of the inequities brought to the forefront by COVID-19 as well as something now often described as “intersectionality,” when people experience discrimination or privilege because of belonging to different groups, such as being Black and female, or white and male. It’s not exactly news to Arthur Johnson that his community suffered some of the worst outcomes from COVID-19, lost the most in Hurricane Katrina, and stand to lose a lot again in the event of a major storm or flooding event. This is why it was important to him to join Governor John Bel Edwards’ Climate Initiatives Task Force. His perhaps biggest takeaway from the past year is how much climate and health, at least in his own community, seem interlinked, along with so many other issues, including jobs and education, even recreation.

“While hurricanes are geographically confined and you can get out of the way, there is no ‘other place’ that’s safe in a global pandemic.”—Arthur Johnson

“Our community struggles with a host of issues and is even more at risk when the rest of the world is at risk, there are less resources and volunteers to go around, and there is no safer place to go,” Johnson said. “While hurricanes are geographically confined and you can get out of the way, there is no ‘other place’ that’s safe in a global pandemic. Maybe you can evacuate, but evacuate and go where? Hopefully, public officials and decision-makers will be able to look at this study and find new ways to help.”

“We know what we’ve done and what could have been done better—we’ve learned. Now we just have to figure out the next step before we get there.”

“If we want to be able to manage these types of double threats in the future, we have to hear from people who are on the ground, dealing with these challenges on a day-to-day basis and try to use what they are living through as evidence for what works and what doesn’t,” Dr. Springgate added. “From there, we can develop additional tools and resources to also help fight the kind of compound inequity that often is the result of dealing with more than one disaster at a time.”

Classified as Community Partnered Participatory Research (CPPR), the study was concerned with equitable power and resource sharing between LSU Health New Orleans and its community partners. All entities collaborated on the design and implementation of the study, participated in data collection and analysis, and helped disseminate its results.

This news story was featured in LSU’s free, quarterly research publication, Working for Louisiana, where you can learn more about how work on every LSU campus impacts residents and industry in the state, and beyond.