Seminar: Millibottlenecks and Their Impact on Cloud Application Performance 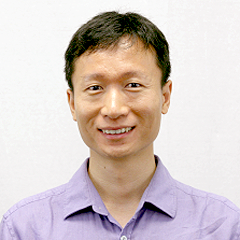 Low latency is critical for web-facing e-commerce applications due to intense competitive pressure. Amazon reported that an every 100ms increase in the page load is correlated to a decrease in sales by 1%. Google requires that 99% of search queries to be returned within 500ms. However, practitioners have consistently experienced the long-tail latency problem (wide response time variations) of web applications in clouds as the utilization of the system reaches moderate levels (e.g., 50%).

In this talk, I will show that millibottlenecks are an important contributing factor to the long-tail latency problem. Millibottlenecks are the bottlenecks with a short lifespan on the order of tens of milliseconds. Though short-lived, millibottlenecks can cause a long-tail latency distribution that spans a spectrum of 2 to 3 orders of magnitude (from tens of milliseconds to tens of seconds), due to complex inter-dependencies between communication nodes in an distributed web system. In the second part of my talk, I will also show how millibottlenecks can be exploited by attackers to launch novel DDoS attacks, with the goal of causing significant performance damage to the target system while keeping stealthy, avoiding detection by state-of-the-art DDoS defense tools.

Qingyang Wang is an Assistant Professor in the School of EECS at Louisiana State University, Baton Rouge. His research is in distributed systems and cloud computing with a current focus on performance, scalability, and security of large-scale web applications (e.g., Amazon.com). He has led research projects at LSU on cloud performance measurements, scalable web application design, and automated system management in clouds. He has collaborated extensively with scientists and researchers from industry companies, including Fujitsu (Japan), JD.com, and IBM. Dr. Wang received his Ph.D. degree from Georgia Institute of Technology in 2014. He is a recipient of the Best Student Paper award in IEEE Cloud 2011, the Best Paper Award in Cloud 2018 and the TAF Undergraduate Teaching Award in 2018.