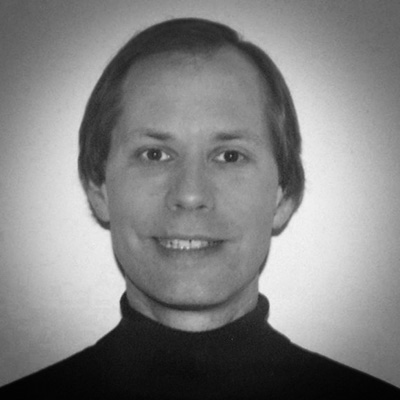 Robert Peck is Professor of Music Theory at Louisiana State University. He is a prominent scholar in mathematics and music studies, transformational theory, and post-tonal music analysis. He is a founder of the Society for Mathematics and Computation in Music and the Journal of Mathematics and Music, serving as an Editor-in-Chief of the journal from 2007-2012 and as a Guest Editor for the special issue on “Tone Rows and Tropes” (Vol. 9, No. 2). He is currently a member of the editorial boards of Journal of Mathematics and Music and MusMat: The Brazilian Journal of Music and Mathematics, and has served as Consulting Editor and as a member of the editorial board for Music Theory Spectrum. He is co-editor of the book Mathematical Music Theory: Algebraic, Geometric, Combinatorial, Topological and Applied Approaches to Understanding Musical Phenomena (World Scientific, 2018).

His research appears in Journal of Music Theory, Perspectives of New Music, Music Theory Online, Journal of Mathematics and Music, MusMat, Intégral, and other publications. He has presented research internationally at conferences in Germany, France, England, Canada, and Mexico, and was a keynote speaker at the 3rd National Congress of Music and Mathematics in Rio de Janeiro, Brazil. Nationally, he has given research talks at meetings of the Society for Music Theory, American Mathematical Society, Mathematical Association of America, College Music Society, and other professional organizations. He has co-organized seven special sessions on mathematics and music at meetings of the American Mathematical Society, and has served as a minicourse coordinator and instructor for the Mathematical Association of America.

He has taught a wide range of courses, including special-topics seminars, graduate and undergraduate classes, communication-intensive (CxC) courses, and honors sections, and has directed multiple doctoral dissertations, master’s theses, and independent studies. In 2018-19, he served as a Fulbright Scholar advisor. He is a recipient of the TAF President’s Award for teaching at Louisiana State University.

Also a composer, he has written works for orchestral, chamber, solo, electronic, and experimental media. His compositions have been performed in various cities across the United States. As a cellist, he specializes in 20th- and 21st-century music, and has performed in over 100 solo and chamber concerts in cities including New York, Chicago, and San Francisco. He has recorded on the Ars Futura Music, Harmonia Mundi, and Indiana University Press labels, and has been broadcast on satellite radio.

He holds the Doctor of Music degree from the Indiana University Jacobs School of Music.