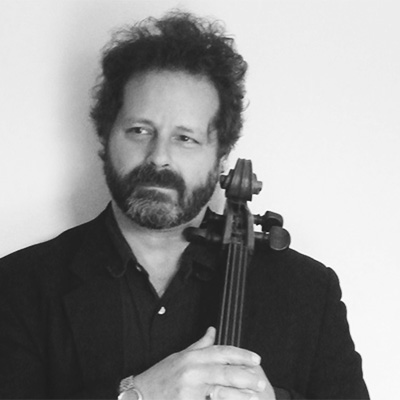 Dennis Parker, Haymon Professor of Cello, has been on the faculty at Louisiana State University in Baton Rouge, La. for the past 32 years. Parker tours internationally as soloist, recitalist and educator. Recent seasons’ tours have taken him to, Korea, China, Taiwan, Thailand, Turkey, Mexico, Costa Rica, Romania, France, Italy, Brazil and Ecuador, where he gave the premiere performance of Ecuadorian composer, Luis Humberto Salgado’s “Cello Concerto” (1975) in Guayaquil, Ecuador.

He received his training at Indiana University with Janos Starker and Yale University with cellist, Also Parisot. His early training was with Channing Robbins. He held the position of Principal Cello in Porto Alegre, Brazil (1982-84) and was a member of the Detroit Symphony (1986-88).

He is the author of “The Popper Manifesto”(2002), the only complete video recording and users-guide Instructional Manual to David Popper’s “High School of Cello Playing.” With more than 3,000 copies distributed worldwide, this is a widely used text on all continents. He has also released many CD recordings, as well as the world premier of the Brazilian composer, Walter Burle Marx’s “Cello Concerto,”. His other recordings range from crossover, and jazz influenced music “Cello Matters” (music of David Baker, Liduino Pitombeira, Daniel Schnyder, Astor Piazzolla, to recordings of his own transcriptions for cello including Debussy’s “Sonata for Violin” Poulenc’s “Sonata for Flute” Enesco’s “Violin Sonata no.3.” He has premiered and recorded and published editions for his transcriptions to Mozart’s “Violin Concerto No.5” and “Sinfonia Concertante.” He has recorded for Centaur Records chamber music of composers Erwin Schullhoff, Gideon Klein, Hans Krasa, and Viktor Ullmann, all killed in the Holocaust. Another recording features the “Cello Sonata “and “Piano Trio” of Russian composer, Ivan Sokolov.

Parker is also a sculptor and wood-worker, recycling humorous reconstructions from old, out-of-use musical instruments as well as other found objects. You can follow his work on Instagram @Dennisparkercelloetc and on YouTube.