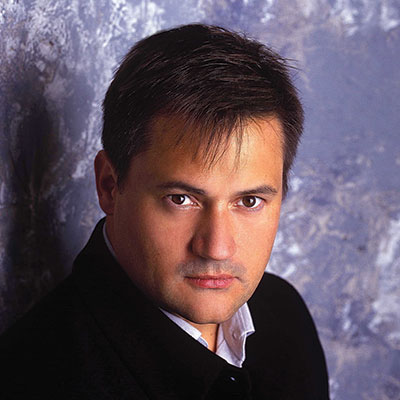 American tenor Paul Groves enjoys an impressive international career having performed at the world’s leading opera houses and concert halls. After studying at LSU under Professor Robert Grayson, Mr. Groves came to national attention as a winner of the Met’s National Council Auditions in 1991. A graduate of the Metropolitan Opera’s Young Artists Development Program, Paul Groves made his Metropolitan Opera debut in 1992 as the Steuermann in Der fliegende Holländer. He returned to the MET as Camille de Rosillon in The Merry Widow, opposite Placido Domingo and Frederica von Stade; and as Don Ottavio in nationally-televised season-opening performances of Don Giovanni opposite Bryn Terfel and Renee Fleming. In 2006, he created the role of Jianli in the world premiere of Tan Dun’s The First Emperor, opposite Placido Domingo. Paul continues to be a premier leading tenor at the Metropolitan Opera.

In addition to the MET, Mr. Groves has also graced other world renowned American opera stages with stellar performances as Fenton in Falstaff with the San Francisco Opera, Nadir in Les pêcheurs de perles with the Lyric Opera of Chicago, and as Fritz in a new production of La Grande Duchesse de Gerolstein directed by famed Hollywood director Garry Marshall with the Los Angeles Opera. In Massenet’s Le Cid with Boston’s Odyssey Opera, he performed in a rare role debut singing Rodrigue. He also sung Berg’s Lulu at the Metropolitan Opera, conducted by James Levine. As a Louisiana native, Paul Groves has sung in the title role in Gounod’s Faust, Les contes d’Hoffmann, and Verdi’s Un ballo in Maschera.

Known internationally as a world-class tenor, Paul Groves made his debut at Italy’s La Scala in 1995 as Tamino in the opening night performance of Die Zauberflöte, with Riccardo Muti conducting. He has since returned to La Scala for several roles including as Renaud in Gluck’s Armide and Nemorino in L’elisir d’amore – the first American tenor invited to La Scala for this role. Mr. Groves made his debut with France’s Opéra de Paris as Fenton in Falstaff with later performances as Tamino in Berlioz’s Faust, and in Mozart’s Idomeneo. His debut at London’s Royal Opera Covent Garden was in the role of Faust’s Tamino. In Austria, he has performed with the Vienna Staatsoper in roles including Camille in Die lustige Witwe, Carlo in Linda di Chamounix, Flamand in Capriccio, Count Almaviva in Il barbiere di Siviglia, and the Italian Singer in Der Rosenkavalier. In 2009, the tenor sang his first performances as Massenet’s Werther with Opera National du Rhin. At Opéra de Lyon, he performed in Stravinsky’s Perséphone, for which Opera Today praised “his splendid portrayal of Eumolpus” at the Aix-en-Provence Festival. His work in Europe is extensive including his debut as Albert Gregor in Janacek’s The Makropulos Case with the Frankfurt Opera, performances as Don Ottavio in Don Giovanni at The Salzburg Festival, in the title role of a critically-acclaimed production of La damnation de Faust plus as Pylade, Belmonte, and Tamino during the 2006 Mozart anniversary season.

Tenor Groves has also appeared in many recitals worldwide. He sang Berlioz’s Te Deum with the Berlin Philharmonic Orchestra led by Seiji Ozawa. For London audiences, he performedwith the BBC Symphony under the baton of Sir Colin Davis for Szymanowski’s Symphony No. 3. The tenor’s debut at the Proms, led by Sir Charles Mackerras, was in Haydn’s Die Schöpfung. He was first heard with the London Philharmonic as Berlioz’s Faust. In 2005 Mr. Groves sang his first performances of The Dream of Gerontius at London’s Royal Albert Hall. In France, his Orchestre de Paris debut was in Mahler’s Das Klagende Lied. At Italy’s La Scala, Groves appeared in concerts of Mozart’s Requiem in a memorial performance for Giuseppe Sinopoli, led by Riccardo Muti. He has also sung with the Czech Philharmonic in performances of Beethoven’s Missa Solemnis, led by Sir Charles Mackerras.

Paul Groves has an extensive recording repertoire with over 80 CDS with Deutsche Grammophon, EMI Records, Sony Classics, Phillips Classics and Naxos Records under the baton of orchestral greats such as Maestros James Levine, Seiji Ozawa and Sir Colin Davis. He also recorded the role of Belmonte in a video and audio recording of Die Entführung aus dem Serail, filmed in Istanbul and led by Sir Charles Mackerras, for the Telarc label. Of note, Mr. Groves was invited to perform at the prestigious Kennedy Center Honors in front of a live national television audience in 2004.