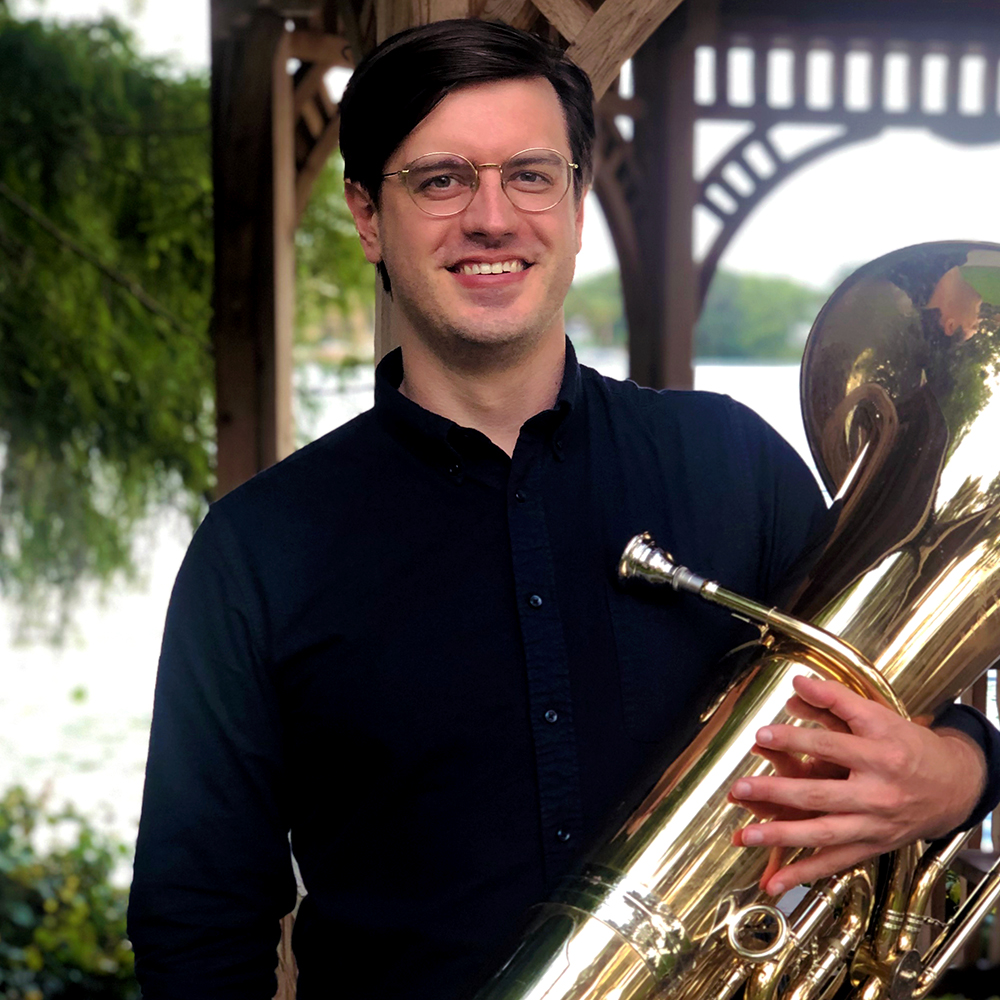 As a performer, Dr. Goodman holds the principal tuba chair of Sinfonia Gulf Coast, based in Destin, Florida, and has previously held similar positions in the Valdosta and Albany (GA) Symphony Orchestras. He has also performed with the Colorado Symphony, Ann Arbor Symphony, Orquesta Filharmonica de Jalisco, the Round Top Festival Orchestra, and the New World Symphony. He is a member of Isomer Quartet, whose debut album of new transcriptions for tuba euphonium quartet, entitled New Folder, was released in 2022.