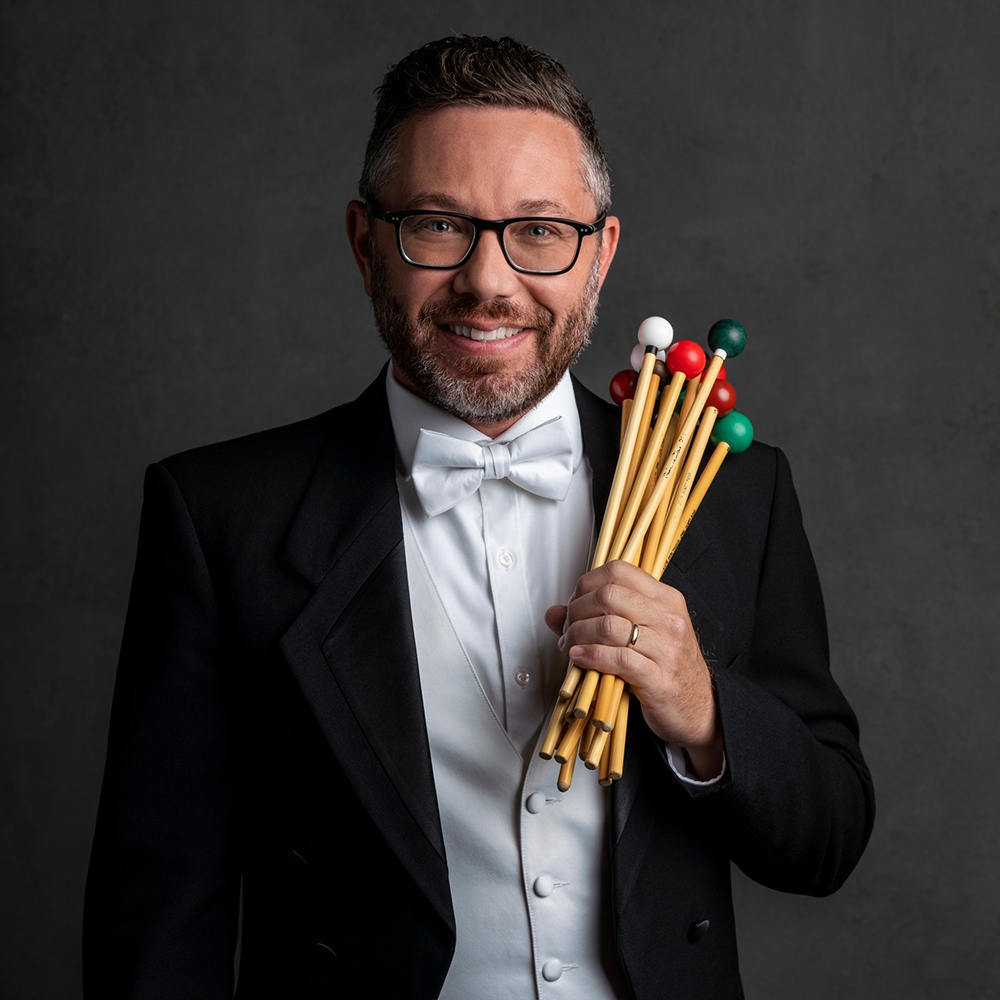 Shawn Galvin has served as percussionist and timpanist with the Pittsburgh Symphony Orchestra since 1996 during which time he has performed around the world and with many of the world’s leading classical music conductors and soloists. He can be heard on numerous PSO recordings including the 2018 release of the Shostakovich Fifth Symphony which was awarded the GRAMMY for Best Orchestral Performance. Shawn has also served as percussionist and timpanist of the United States Navy Band, Washington, DC (2001-2008), and as a member of Tempus Fugit Percussion Ensemble.

Shawn has conducted productions at the Arizona Opera, North Carolina Opera, and Duke Performances. He also served as conductor for the Big Star Third Live tour with members of R.E.M., Wilco, and Yo La Tengo as well as Kurt Vile and Sharon Van Etten. He has produced collaborative events for the National Gallery of Art, the North Carolina Symphony, CAM Raleigh, and the Hopscotch Music Festival, and has served on panels for New Music USA and the Greater Baltimore Cultural Alliance.

Shawn has been invited to perform at five Percussive Arts Society International Conventions, and he has appeared as percussion soloist with the Lancaster Symphony Orchestra, the Great Falls Symphony, Hamiruge (LSU Percussion Group) and the United States Navy Band. He has presented clinics and masterclasses at the Midwest Band and Orchestra Clinic, Music for All National Festival, and numerous state educator’s conventions as well as at universities across the country.

Currently serving as Artist-in-Residence at the Louisiana State University School of Music, Shawn holds a Master of Science in Arts Administration at Drexel University where his research focused on small-market orchestras and engagement with contemporary music and a Bachelor of Music in Performance from Duquesne University where he studied with Gerald Unger, Andrew Reamer, and Stanley Leonard. Shawn is and artist/educational clinician for Yamaha Percussion and Innovative Percussion.