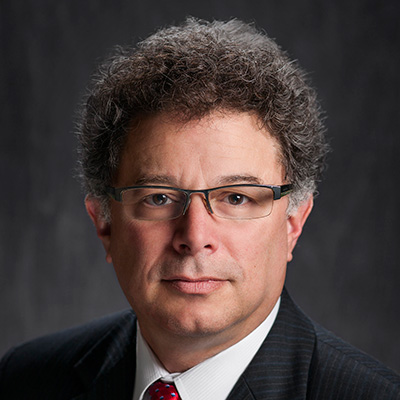 Stephen David Beck is the Haymon Professor of Composition and Computer Music. He holds a joint appointment at the Center for Computation & Technology, where he previously served as the Area Head for the Cultural Computing focus area and Director of the AVATAR Initiative in Digital Media. He was also Interim Director of the center from 2008-2010.

Dr. Beck received his Ph.D. in music composition and theory from the University of California, Los Angeles, in 1988, and held a Fulbright Fellowship in 1985-86 where he was a researcher at the Institut de Recherche et Coordination Acoustique/Musique (IRCAM) in Paris, France. His current research includes sound diffusion systems, high-performance computing applications in music, and virtual music instruments, a system of interactive computer programs that extend and expand on the performance capabilities of acoustic instruments.

His music has been performed throughout the world, including performances at Weill Recital Hall, Sao Paolo Bienal ’91, SCREAM Radio Series, Concert Band Directors National Association Biennial, North American Saxophone Alliance, New Music America, World Harp Congress, and on the Triforium Series in Los Angeles. His music and writings have been published by G. Shirmer, MIT Press, and the Computer Music Journal, and his music has been recorded on the SEAMUS, EMF and Gothic record labels.

Dr. Beck has also presented lectures and papers on his research in interactive computer music and high-performance computing applications in the arts at recent meetings of the International Computer Music Conference, the Global Grid Forum, the Teaching in Higher Education (THE) Forum, the Society for Electro-Acoustic Music in the United States (SEAMUS), and the Society of Composers, Inc. He currently serves as Music Coordinator and Regional Director (Americas) of the International Computer Music Association. He also served on the board of officers of SEAMUS, most recently as President (1996-2000).

About his music, Beck writes:

“…the use of technology in my music is not meant to replace musicians, but rather to enhance and expand a performer’s potential for expressiveness, technique and, most importantly, timbre. There is an uncanny beauty in the physical and mathematical laws of nature, a beauty of intense complexity bond by simplicity, order and logic. For me, this is a constant and powerful source of inspiration, and the use of modern technology seems the perfect tool for expressing that inspiration and awe.”