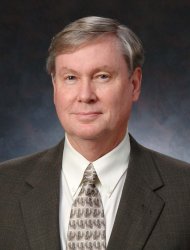 Since retiring from LSU, Dr. McDaniel has continued to serve as Executive Director of the Baton Rouge Clean Air Coalition and provide environmental consulting services related to transportation and air quality for the Capital Region Planning Commission.

From January 2004 to January 2008, Dr. McDaniel served as secretary for the Louisiana Department of Environmental Quality (LDEQ). With this appointment, he was responsible for management and technical direction of an agency of nearly 950 employees and a budget of approximately $150 million. He was also responsible for representing the agency before the governor, the Louisiana legislature, and the public. During his tenure as secretary of LDEQ, Dr. McDaniel launched a number of major environmental initiatives for the State of Louisiana, including the Louisiana Clean Waters Program, Mercury Risk Reduction Program, and ozone attainment/maintenance efforts for the state. He also oversaw LDEQ's response to the extraordinary environmental challenges brought by Hurricanes Katrina and Rita. As a result of the hurricane response experience, he was asked to provide testimony before the U.S. Senate Environment and Public Works Committee and the U.S. House Committee on Homeland Security.

Prior to his appointment at LDEQ, Dr. McDaniel provided environmental consulting services to a variety of private and public sector clients. In the public sector, he primarily assisted state and local governments with air quality and transportation issues. In the private sector, his work dealt mostly with environmental assessments, permitting and compliance of major energy and manufacturing projects.

Over the past 20 years, he has had a significant role in facilitating air quality improvements and promoting alternative energy through guiding volunteer efforts of the Baton Rouge Clean Air Coalition and the Greater Baton Rouge Clean Cities Coalition. He has also served as an appointed member of the Governor's Task Force on Environmental Protection and Preservation, the Governor's Mississippi River Corridor Task Force, the Governor's Interagency Task Force on Flood Prevention and Mitigation, and the Amite River Basin Commission. He is a past director for the Louisiana Section of Air and Waste Management Association.

Prior to opening the firm of Mike D. McDaniel & Associates in January 1999, Dr. McDaniel served for more than five years as vice president for Woodward-Clyde Consultants, an environmental and engineering consulting firm.

From 1988 to 1992, Dr. McDaniel served as assistant secretary, Office of Air Quality and Radiation Protection in the Louisiana Department of Environmental Quality.

Other notable professional experience includes service as the leader of Cooperative Water Quality Survey for the Fisheries Research Section of the Missouri Department of Conservation, and senior researcher for biological monitoring at the Philadelphia Academy of Sciences.

In addition to the above responsibilities, Dr. McDaniel has served roles of manager and technical director for several environmental consulting firms. He is the author of a number of scientific publications and has prepared numerous technical reports and presentations for projects he has been involved with.