“My work has always been around both classroom and community spaces where young people are engaging with writing, and that’s looked different ways at different times... Working closely with WordPlay [Teen Writing Project], which turned into Forward Arts, I’ve been bringing community poets into my classroom and sending my students to their events. This then shifted to working with English Amped, which became Humanities Amped, which is McKinley High School students doing research on their own communities—so it’s writing, research and public presentation, and that’s going on five years. I’m now president of the board. I love investing in young people who are full of potential and can rise to challenges. This is where my heart is. I’m just excited that LSU is supporting me and allowing me to do it. 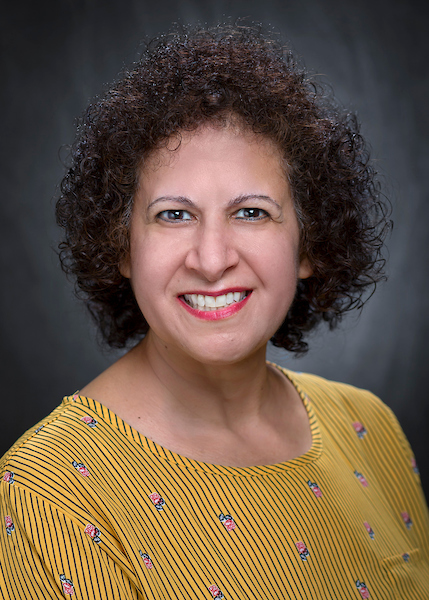 A lot of my work comes out of the fact that I struggled as a teenager. I was in gifted programs throughout school, but my high school had 5,000 students, so you sort of didn’t have to go. I read and wrote obsessively on my own—poetry—and I can relate to young people who feel alienated from schooling. After college, I worked as a tape editor for Fresh Air, the NPR show. I would type each interview verbatim, and then we’d figure out what to cut and shape the thing. I’d sit in the booth with a razor and cut the tape. I got really good with it, but I definitely had the feeling that I was contributing to someone else’s creation. When I fell into an opportunity to teach in Cochabamba, Bolivia, I took it. I was surprised to find that I loved teaching—you’re thinking on your feet all the time. It just fed me. Then, in Chicago, I worked in an alternative high school with kids who’d been kicked out of public school and wanted to come back to get a diploma, not just a GED. I had to come to terms with my own intersectional identities. I had never thought about my whiteness, really, but working with kids in Chicago pushed me to have to think of myself as having a social identity that carries power. I had to realize my own privilege, as a white and highly-educated person, and that was a real shift for me. I’m still trying to learn.

“I love investing in young people who are full of potential and can rise to challenges. This is where my heart is. I’m just excited that LSU is supporting me and allowing me to do it.”

Also, I started to recognize in a really deep way how capable most of the young people that most of us will come across are—it’s just that they have to deal with stuff way out of their control. How we see them has no relation with their abilities, which is why I try to build things that invite young people into a different way of being seen.

The systems just aren’t set up to service all kids. Because of my own background, my heart is with the kids who struggle with systems that were not really designed for them. I want to support kids who aren’t being served, and I’m interested in the many ways this overlaps with class, race, gender and sexuality.

“I want our students to go into society with a better grasp of reality than I had.”

We aren’t teaching the full scope of American history. Many people don’t have the tools to understand why some people are upset about social issues. African-American history and culture is American history and culture, but we’re not teaching the reality of our culture and that’s disabling for people who then can’t understand what’s going on. I’m teaching less around hip-hop these days because there are better people to do that now, but lots of people have never heard of, for instance, Marcus Garvey, and so much has been whitewashed, and none of that is useful. I want our students to go into society with a better grasp of reality than I had.

Universities can be really entitled places. One of my old professors at UIC, Jamie Daniel, one of her colleagues walked into her office right after she was hired there and asked, ‘So where do you summer?’ She said, ‘The same place… I winter?’ She told me about it—and she was the best teacher in that department and didn’t get tenure; she does labor history, works with unions, she’s a money-where-your-mouth-is kind of person. With privilege comes a lot of assumptions about how we move around the world. I’ve had so much anxiety around money, growing up without it and it never being enough.

“… we have as much to learn from the community as they do from us. There are lots of very wise people who know things we’ll never know if we don’t talk to them.”

Hierarchies are not my thing. I didn’t grow up in a completely middle-class culture where people benefit from such structures, so I have a tendency to push against them. I grew up in northeast Philadelphia, and my parents divorced when I was seven. My parents didn’t go to college, so after the divorce, my mom ended up working retail and waitressing for many years. My dad worked retail, too. They definitely read a lot, but the ’70s was a different moment in our culture. I was in a garage band in high school, and that helped me survive. I was very confused as to where to go and what to do. I was not exactly on a direct path to academia. I switched majors three times in college. I was definitely raised in an intellectual culture, but it was not about getting as much power as possible and lording it over others. Working with young people is truly what keeps me going—these are real outlets for me, giving my life day-to-day meaning. People think it’s weird that I love working with high school students, but they are so hungry to learn. And if you’re a little bit kind and respectful to them, they’ll open up and learn like crazy. There’s a lot of noblesse oblige that’s part of ‘working with the community,’ like you’re handing something down. But we have as much to learn from the community as they do from us. There are lots of very wise people who know things we’ll never know if we don’t talk to them.”

Ten minutes with Katherine Kemler, Alumni Professor of Flute at the LSU School of Music and 2018 Rainmaker