“Like most people, I couldn’t have done a lot of things on my own. My parents played a big role in giving me a strong foundation, and they have always provided helpful advice when I needed it. I’ve also had good academic mentors throughout my career—especially during my Ph.D. years at University of Southern California, with Todd Brun as my supervisor. He was friendly and kind—brilliance helps also—and he gave me a lot of freedom to explore and work on projects that I thought could be useful to the larger research community. After that, I went on to do a postdoc at McGill University in Montreal with Patrick Hayden, who’s a great teacher and researcher. He has the ability to take a complex subject, get a sense of my understanding and knowledge, and distill the complexity down to terms I can understand. These two people had a tremendous impact on me. When Patrick moved to Stanford, they asked me to write a letter for him. What I wrote is that, honestly, working with him feels like being on a basketball team with Michael Jordan. Whatever project we chose to work on, we’d usually nail it. 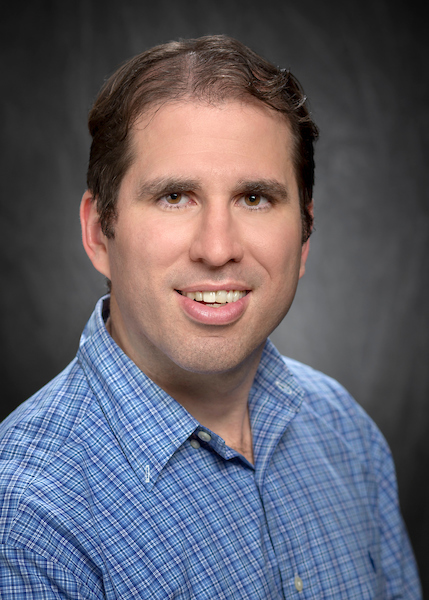 “I later wrote a textbook on this same topic—people now consider it to be the textbook—but I made a B+ in [my quantum information theory] class—and there were other students who made A’s!”

When I was in grad school, I took a course on quantum information theory with Igor Devetak. This was in the fall of 2005, and it was very challenging. I later wrote a textbook on this same topic—people now consider it to be the textbook—but I made a B+ in his class—and there were other students who made A’s! Anyhow, I was completely taken and fascinated by the topic, kept reading and rereading his papers. At the time, Igor was working on a textbook with Patrick and another researcher who’s now a colleague of mine—Andreas Winter—but Igor left the field to go in a different direction. Meanwhile, there was a real need for a textbook, and the whole summer of 2008, other than playing beach volleyball—this was in L.A.—I started to go back to the notes I had from Igor’s class, rewriting them, and what I ended up with constituted essentially two chapters of the book. That’s when I realized I could do this, and since I was finishing my dissertation and had most of the work done already, I had the time. As I was writing, I kept thinking back to what I would have liked to know as a grad student. What was key to commanding expertise in this topic? And what was it that I so badly wanted these research papers to tell me at the time? Now I can tell these things to the students who come to LSU to work with me—we’ve been getting great students in our program, and they’re indeed learning the textbook [laughs].

“I was just about to fall asleep when I realized, wait a second, using the techniques described in this paper, we could address this big open problem! Gee, this was great... It’s amazing when your work can culminate in one moment and you have the viewpoint and perspective you need to have—at the right time—and the right knowledge to finish it.”

We make a lot of discoveries in what we do, but most of the things you develop are part of a long process, a marathon, where you’re just chipping away at it. Almost four years ago, in May 2015, however, I had a Eureka moment, a wonderful moment of joy. In our field, there was an open research question that was recognized by the whole community, related to what’s called quantum data processing and recovery. There’s a 1973 mathematical theorem that establishes limits on the amount of data that you can send over a quantum communication channel, and we knew that it was important to generalize this theorem. A lot of people were thinking about it. Two other researchers made a breakthrough in August 2014 and addressed one important variant of the problem, but the broader question was still there. Then in May 2015, my wife and I were in the city of Delft in the Netherlands, visiting the quantum information research group there. I was reviewing papers, being an organizer for an upcoming conference, and one of the papers—we’d already decided—should not have been accepted into the conference. And then I thought, maybe we should take a second look. 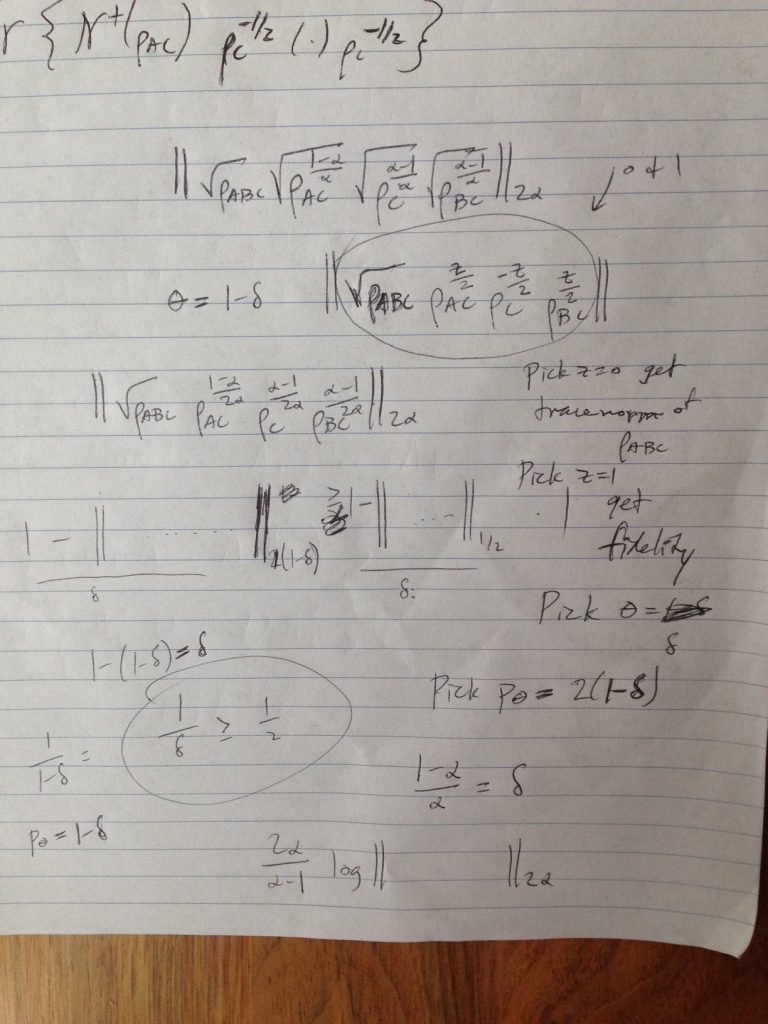 It was late on a Sunday night, and I was just about to fall asleep when I realized, wait a second, using the techniques described in this paper, we could address this big open problem! Gee, this was great. I thought, ‘I’ll think about this tomorrow,’ but I couldn’t stop thinking about it after going to bed. So, I went downstairs and started writing notes on a sheet of paper and within a few minutes I’d put together the result. I kept asking myself, ‘Is this really true? Does this really work? Is it this simple?’ I waited until 6 a.m. before I woke my wife, but she was tired and more interested in going back to sleep than hearing about my discovery. Later that day, I wrote a paper that summarized how it works, uploaded it to the arXiv web site, and started getting emails: ‘Brilliant!’ ‘Wonderful solution!’ It’s amazing when your work can culminate in one moment and you have the viewpoint and perspective you need to have—at the right time—and the right knowledge to finish it.

“I googled, ‘How to quantify magic?’ and believe it or not, there’s a universally accepted unit of what it takes to pull a rabbit out of a hat.”

One of the most exciting things I’m working on now is literally quantifying what’s called ‘quantum magic.’ In our field, so-called magic quantum operations are what make quantum computing faster than classical computing. There are certain operations that, if you can do them, can create highly non-classical states. We were trying to come up with a new measure for this—which we now have—and then I googled, ‘How to quantify magic?’ and believe it or not, there’s a universally accepted unit of what it takes to pull a rabbit out of a hat. It’s called thaum, and so I thought of thauma, which means marvel or wonder in Greek; so that’s what we’re going with for the name of the quantum magic measure. It turns out that the thauma has solved a number of open questions in the theory of quantum computing, so I’m excited about that.”

Ten Minutes with Katherine Kemler, Alumni Professor of Flute at the LSU School of Music and 2018 Rainmaker