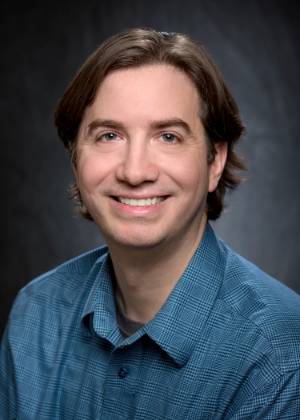 LSU Office of Research & Economic Development, or ORED, recognizes faculty who are leaders in their respective fields and balance their teaching and research responsibilities while extending the impact of their work to the world beyond academia.

Corbitt received his BS from the Georgia Institute of Technology in 2001 and his PhD from MIT in 2008. He continued at MIT as a researcher for three years, before joining LSU as an assistant professor in 2011, and was promoted to associate professor in 2017.

He conducts research aimed at understanding how quantum effects limit the sensitivity of gravitational wave detectors as well as developing metrology techniques to improve on this limit. He has performed experiments that show the impact of quanta of light, or photons, exerting a pressure on tiny mirrors with a diameter of the width of a human hair. Working with collaborators in the Laser Interferometer Gravitational Wave Observatory, or LIGO, Scientific Collaboration, he has shown how that pressure creates quantum correlations that may be exploited to perform more precise measurements.

“Thomas is an experimentalist who has made his reputation by setting up a research program at LSU with a dual purpose: to explore the frontiers of quantum optics and advance our knowledge in this area of increasing technological importance, and at the same time, harness those advances to increase the sensitivity of the LIGO gravitational wave detectors toward their ultimate limit,” said Russell B. Long Professor Jeffery Blackmon, Chair, LSU Department of Physics & Astronomy.

Corbitt has established robust funding for his research program starting with a prestigious National Science Foundation Career Award in 2012, soon after joining LSU. This program entitled, "Cryogenic Interferometers in the Quantum Regime for Gravitational-Wave Science", was followed by a substantial renewal from the NSF in 2018, and an additional NSF renewal in 2021. He has now received almost $2M in total funded awards as PI at LSU for his research program in experimental quantum optics with applications to gravitational wave detectors. Further, he is also a co-PI on an additional $1M from the NSF award “Instrument Development and Data Analysis for LIGO.”

In work showcased in the scientific journal Nature in 2019, Corbitt and researchers developed physical devices that make it possible to observe—and hear—quantum effects at room temperature. It is often easier to measure quantum effects at very cold temperatures, while this approach brings them closer to human experience. Read 'Hello, Quantum Vacuum, Nice to See You'

The research was supported by the National Science Foundation and the results hint at methods to improve the sensitivity of gravitational-wave detectors by developing techniques to mitigate the imprecision in measurements called “back action,” which would then increase the chances of detecting gravitational waves.

He has performed experiments that show the impact of quanta of light, or photons, exerting a pressure on tiny mirrors with a diameter of the width of a human hair.

Corbitt has since continued to work with collaborators in the Laser Interferometer Gravitational Wave Observatory (LIGO) Scientific Collaboration to show how that pressure creates quantum correlations that may be used to perform more precise measurements.

According to MIT Professor Nergis Mavalvala, Dean of the MIT School of Science, and a member of the National Academy of Science, “He is one of the brightest and most productive mid-career scientists in experimental gravitational wave (GW) physics and quantum optomechanics (OM), with many important contributions to his credit ... The quality of his research and his ability for original work is simply outstanding. He has made significant contributions to the field of GW detection, and is regarded as an authority on quantum noise, quantum measurement, and quantum non-demolition techniques in future GW detectors.”

Awarded annually by LSU ORED, Campus Federal Credit Union, and the Council on Research since 2010, the Rainmakers are bestowed upon six faculty in three categories, emerging scholar, mid-career scholar, and senior scholar, who have established track records in securing external research funding and publishing in high-impact journals.