LSU Mourns the Loss of World-Renowned Astronomer Arlo U. Landolt 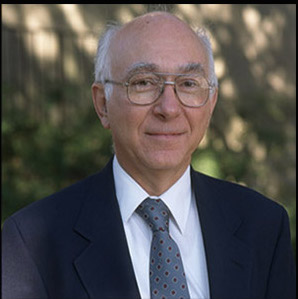 The LSU community lost one of its internationally respected faculty members when Arlo Udell Landolt, Ball Family Professor Emeritus of Physics & Astronomy, passed away on Jan. 21, 2022. He was 86 years old.

Born Sept. 29, 1935, in rural southern Illinois, Landolt was one of the most recognizable of American astronomers. Renowned throughout the astronomical community for his discoveries, astronomers and physicists worldwide continue to use his series of papers which established the "Landolt Photometric Standard Star Catalog" and his standard stars are among the most heavily used photometric standards throughout the globe.

“Today we mourn the death and celebrate the remarkable life of Arlo Landolt, whose outstanding contributions as a researcher, teacher, mentor, and colleague set a standard that has inspired many of us,” said LSU College of Science Dean Cynthia Peterson, Seola Arnaud and Richard Vernon Edwards Jr. Professor. “Dr. Landolt was a true trailblazer in the scientific community, and the world will forever be changed by his work. We are deeply sorry to hear of his passing.”

Graduating with a Bachelor of Science degree from Miami University in Oxford, Ohio in 1955 as a double major in mathematics and physics, Landolt later received a doctoral degree in astronomy from Indiana University in 1963. While pursuing his PhD, he became a member of the first group to winter over at the International Geophysical Year's Amundsen-Scott South Pole Station in the Antarctic and served as the group's aurora and airglow scientist studying the Aurora Australis, or Southern Lights. John Irwin, his PhD thesis advisor at IU, interested him in binary stars, so he was able to secure time to observe the eclipsing binary V382 Cygni on KPNO in the summer of 1959.

Landolt was the first discoverer of a pulsating white dwarf when he observed in 1965 and 1966 that the luminosity of HL Tau 76 varied with a period of approximately 12.5 minutes.

He joined the faculty of the LSU Department of Physics & Astronomy in 1962 and was instrumental in the development of the astronomy group within the department to international status. He received more than $4.5 million in grants and published more than 100 peer-reviewed papers. In 2002, he was named LSU Ball Family Professor of Physics & Astronomy and in 2014 was inducted into the LSU College of Science Hall of Distinction. He has a number of sites named in his honor, including Mt. Landolt in the Antarctic, the LSU Landolt Astronomical Observatory in Nicholson Hall, and even an asteroid—15072 Landolt—is named after him.

“Arlo Landolt is one of the most dedicated scientists I've known, but his impact on the people around him was even greater than his many scientific achievements,” said Jeffery C. Blackmon, Russell B. Long Professor and Department Chair. “I became chair of the Department of Physics & Astronomy in July 2020. Arlo was one of the few people coming onto campus regularly then due to the pandemic. When he came to the office to get a cup of coffee, he would often stop by to bring me advice, words of encouragement, or some corny joke to lighten my day. I miss him very much.”

Landolt was elected a Legacy Fellow of the American Astronomical Society in 2020, was bestowed the 2015 Leslie C. Peltier Award from the Astronomical League, and received the George van Biesbroeck Prize from AAS in 1995, which honors a living individual for long-term extraordinary or unselfish service to astronomy, often beyond the requirements of his or her paid position.

Landolt’s research was concerned with the measurement of stellar brightness and colors, i.e., stellar photometry. In the last 30 years much of his time was spent in the improvement and the definition of photometric standard stars. These standard stars are used as calibration yardsticks when studying celestial objects, or indeed any objects projected against the celestial sphere, whose characteristics are unknown. For the case of physical celestial objects, one eventually can relate brightness and color measures to a variety of physical characteristics. These quantities in turn help determine stellar distance, define a star's place in stellar evolution, etc. Research projects also are under way in the areas of star clusters, variable stars, novae, supernovae, and eclipsing binaries.