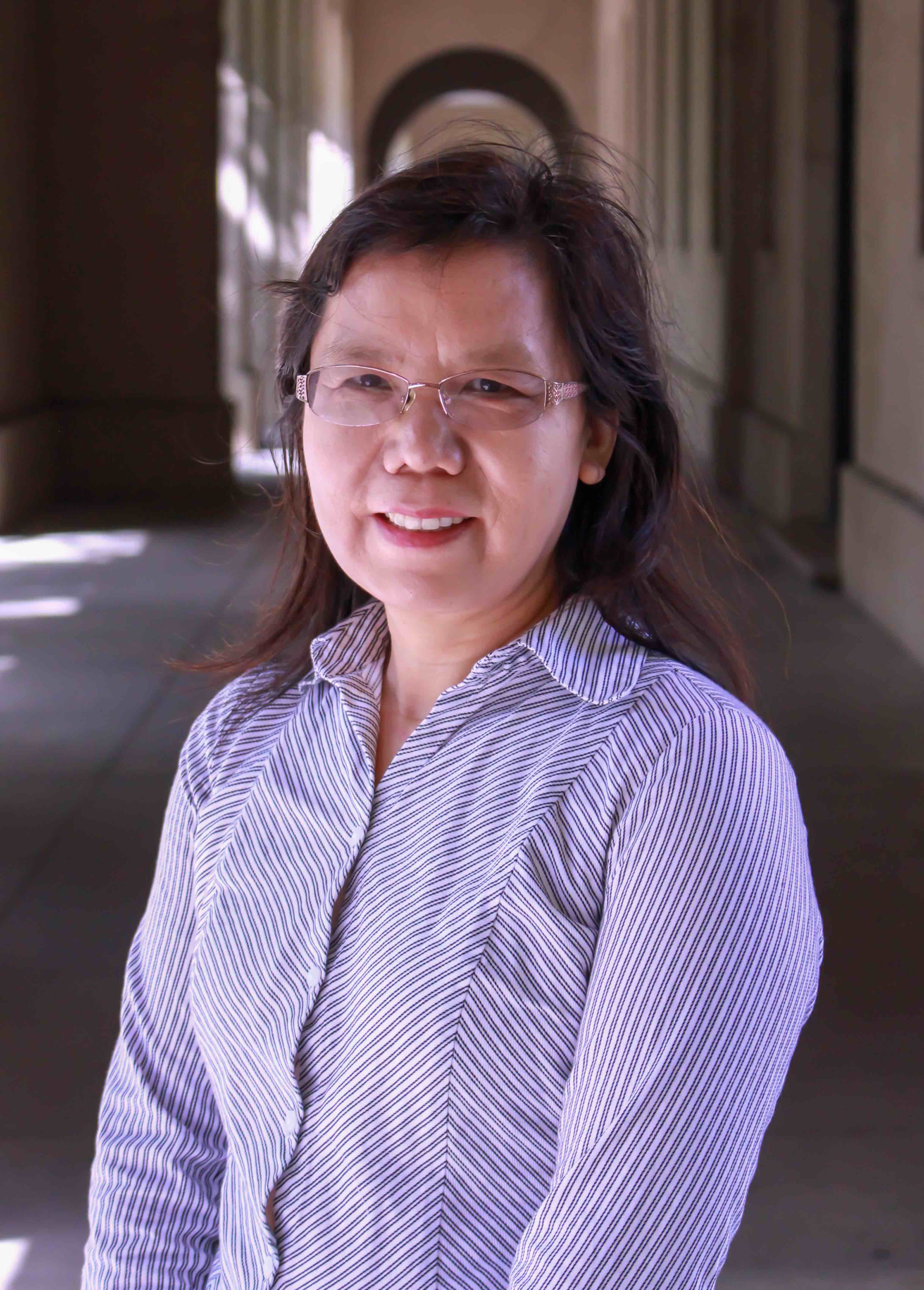 Six LSU faculty members, who are leaders in their respective fields, have been selected to receive the Rainmaker Award from the LSU Office of Research & Economic Development, or ORED. Rainmakers are faculty members who balance their teaching and research responsibilities while extending the impact of their work to the world beyond academia. They have established track records in securing external research funding and publishing in high-impact journals.

We asked Dr. Jin to talk about her career and research.

What motivated you to study physics?

When I was applying to college, my high-school homeroom teacher recommended me to study “International Finance” at a prominent university. Unfortunately, that university could only admit four applicants from my province that year. I was then involuntarily admitted to another university as a physics major. If I denied the offer, as a penalty, I could only apply college after at least two gap years. This was my “motivation” to study physics, and have never quit since then. My personality does not allow me to fail with whatever I have started.

Compared to other fields of experimental physics, experimental condensed matter physics research does not necessarily rely on large/center facilities to begin with. I only use large facilities when I already know what physics I am pursuing based on my in-house work. In other words, condensed matter physics research largely relies on the individual researcher’s initiation and continuous effort. What is even more attractive to me is its great potential to advanced technologies.

Jin received her Ph.D. in 1997 from the Swiss Federal Institute of Technology in Zurich, Switzerland, and her M.Sc. physics in 1988 from the Shanghai University (of Science and Technology). From Shanghai to Zurich to the US, how did you come over to the United States?

After the completion of my Ph.D. degree, I was hired as a post doc at Pennsylvania State University. The U.S. academic environment was the most attractive to me. I was initially a visa holder, then became a U.S. citizen in 2008.

Prior to joining LSU, I was a staff scientist at Oak Ridge National Laboratory, and an associate professor at University of Tennessee (joint appointment). In 2008, LSU launched a Multi-Hire Initiative in Materials Science and Engineering. I was one of five hires.

Your work focuses on correlated electron phenomena in complex materials and on quantum phenomena in topological materials. What discoveries have opened new avenues of research for you?

What are you working on right now?

We have been recently working on searching novel topological particles that are predicted to exist in condensed matter. These particles are sometimes called “ghost particles” or “angel particles,” implying that they are extremely difficult to capture but extremely important for science and technology.

What are your research goals?

My goal is to be able to implement the superb properties we have identified to devices through collaboration with other researchers at LSU.

What do people get wrong or have a tough time understanding about your work?

Because of the difficulty of visualizing the “ghost” or “angle” particles that we are studying; most people do not sense the importance of our effort. For example, electrons in the superconducting state are paired. This is against common wisdom that electrons are usually repulsive to each other.

What’s the most important piece of advice you’ve ever received as a researcher?

“Persistent but not stubborn.”

Finally, how do you feel about receiving a Rainmaker award?

I am surely honored to receive this award. While there are many outstanding researchers, I have received such honor twice (mid-career and senior). In return, I will strive to work harder for LSU.

One area where Professor Jin is making a particularly strong impact at LSU is in mentoring and training both undergraduates, graduate students, and even high school students in research.

Students find her research accessible and captivating, and she is widely sought out for that reason. In addition to the advising of both graduate students and postdocs, she frequently advises our own undergraduates as well as students who participate in our Research Experience for Undergraduates (REU) program. In the last 12 years, she has had 10 graduate students (6 of them have completed their PhD theses) as well as 7 postdocs, who are highly sought after and go on to research positions at leading institutions or R&D divisions. Perhaps more importantly, she has mentored 10 undergraduate (including REU) students, both physics and chemistry majors, with an excellent record of accomplishment. Many of these students have proceeded to graduate school for advanced degrees at top universities.

Prof. Jin is also an excellent scholar, contributing greatly to the national and international Condensed Matter Physics community. She is a 2010 fellow of the American Physical Society (APS) and American Association for the Advancement of Science (AAAS).

She is a member of the Materials Research Society (MRS) and Neutron Scattering Society of America. She is an editor of NPJ Quantum Materials. She is an excellent reviewer, including work as a panel review, of proposals to DOE, NSF, ACS, etc., and referee for many prestigious scientific journals, including the Nature series, Science, and Physical Review Letters. She also serves as a member of many scientific committees, organizer for many scientific conferences and workshops.