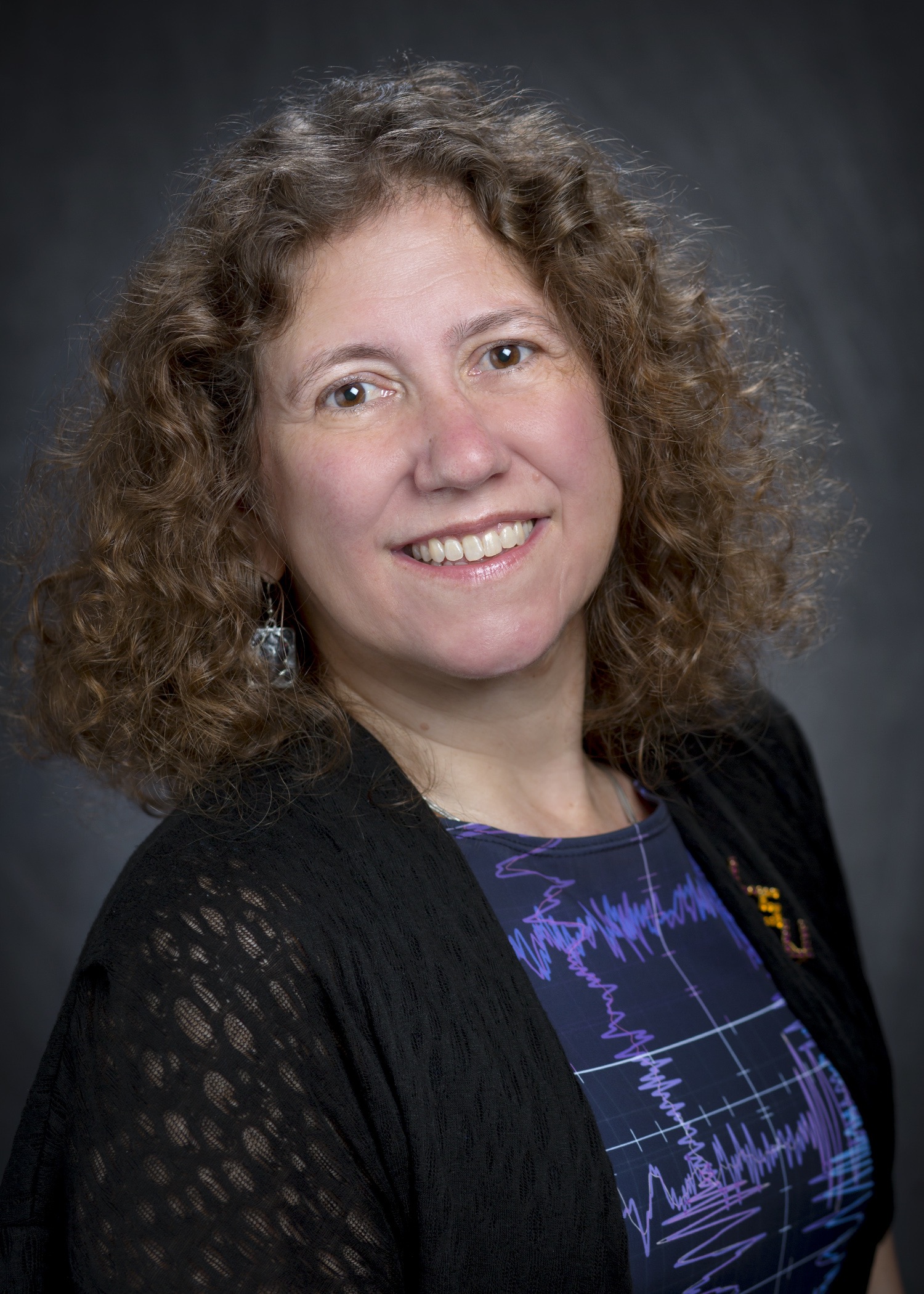 LSU Boyd Professor of Physics Gabriela González has been newly elected as a 2021 General Councilor of the American Physical Society.

The APS Council consists of 33 members who are elected to three-year terms. The council oversees all activities of the society including publications, scientific meetings, membership, prizes and awards and educational activities.

“Physics as a discipline is thriving,” González said. “Our ability to make predictions and measurements ranging from the subatomic to the cosmological is without parallel in history. APS plays a fundamental role in providing scientific leadership for the nation. It needs to continue the fight to raise the level of scientific literacy in our society and to attract to the field underrepresented minorities. It also needs to strengthen its international mission as physics becomes more and more a collaborative enterprise that spans the globe.”

An APS member for 30 years, González is an experimental physicist with the Laser Interferometer Gravitational-wave Observatory, or LIGO, who contributed to the detection of gravitational waves in 2015 predicted by Albert Einstein’s Theory of General Relativity, and was part of the press conference announcing the first discovery.

González’s research and work as the former spokesperson for the 1,000-member international LIGO Scientific Collaboration opened a new window of discovery to the cosmos. As an experimental physicist, González’s current research involves the reduction and characterization of noise to enhance the laser interferometers’ sensitivity to detect gravitational waves, calibrate the detectors and analyze data. She was recognized in 2016 as one of the “Ten People Who Mattered” by the scientific journal Nature; received the 2017 National Academy of Sciences Award for Scientific Discovery; and has been elected a member of the American Academy of Arts and Sciences and of the National Academy of Sciences.

González was born and raised in Córdoba, Argentina. She studied physics at the University of Córdoba, where she earned a college physics degree in 1988. She came to the U.S. to pursue and attain her Ph.D. from Syracuse University in 1995. Her doctorate focused on Brownian motion applied to LIGO detectors. Her work on gravitational waves detection took her to universities across the U.S. including MIT and Penn State. She joined the faculty at LSU in 2001. She was the longest serving elected spokesperson for the LIGO Scientific Collaboration — a position she held for six years from 2010-2016.

She was the Southeastern Conference Professor of the Year in 2019, and currently serves as Chair-elect of the APS Division of Gravitational Physics.

APS is a nonprofit membership organization working to advance and diffuse the knowledge of physics through its outstanding research journals, scientific meetings, education, outreach, advocacy and international activities. APS represents over 55,000 members, including physicists in academia, national laboratories and industry in the United States and throughout the world. Society offices are located in College Park, Maryland (Headquarters), Ridge, New York and Washington, DC.