A New Approach to Conservation that Starts in Your Yard

Douglas W. Tallamy’s first book, Bringing Nature Home, awakened thousands of readers to an urgent situation: wildlife populations are in decline because the native plants they depend on are fast disappearing. His solution? Plant more natives. In this new book and talk, Tallamy takes the next step and outlines his vision for grassroots approach to conservation. Nature’s Best Hope shows how homeowners everywhere can turn their yards into conservation corridors that provide wildlife habitats. Because this approach relies on the initiatives of private individuals, it is immune from the whims of government policy. Even more important, it’s practical, effective, and easy – you can walk away with specific suggestions you can incorporate into your own yard.

Linda Barber Auld, affectionately known as the New Orleans "BugLady," owns and runs Barber Laboratories, a pest control supply store founded in 1921 by her grandfather, Ernest R. Barber. For over forty years, Linda has also studied and promoted understanding beneficial insects. She has raised 125 species of butterflies and moths, studying and photographing their life cycles.  Linda’s inspirational talk will make you an expert in attracting butterflies and pollinators through the four seasons using native plants. As Linda says, “plant it and they will come.”  Her new book, BugLady’s Butterfly Summer is an uplifting read and will be available for sale.

Bill Fontenot dedicated his career in biology to restoring the ecological integrity in lands, from the smallest urban gardens to the largest wildlife management areas. Since 1987 he and wife Lydia have also operated Prairie Basse (pron. “Bahsse”), a wildlife management, landscape design, and ecological restoration consulting business. As a professional naturalist, Fontenot has led thousands of guided tours, and has lectured at hundreds of institutions throughout the U.S. Bill’s talk about Louisiana Birds and Wild Fruit is based on 26 years of research. You will learn about 92 species of birds and over 61 species of native, naturalized, and exotic plants that bear the fruit they eat. His book Native Gardening in the South, is a must have resource for your library, and will be available for sale. 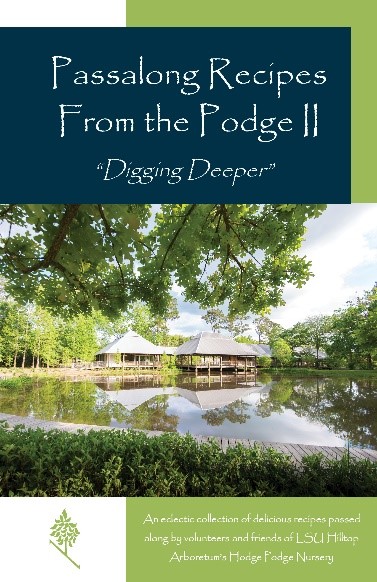 Hilltop’s Hodge Podge Volunteers will offer an extensive collection of native plants for sale, including ground covers, perennials, shrubs, understory trees, and canopy trees. Their new cookbook, Passalong Recipes from the Podge II ‘Digging Deeper,’ will be available for sale along with tastings of their favorite recipes. If you purchase a cookbook you can participate in a raffle to win sweet breads baked by the volunteer who submitted the recipe. 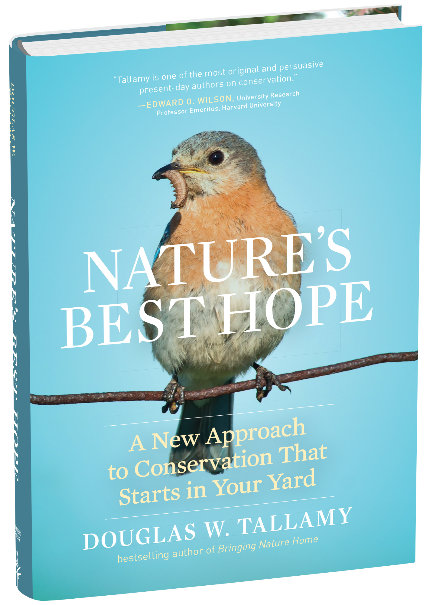 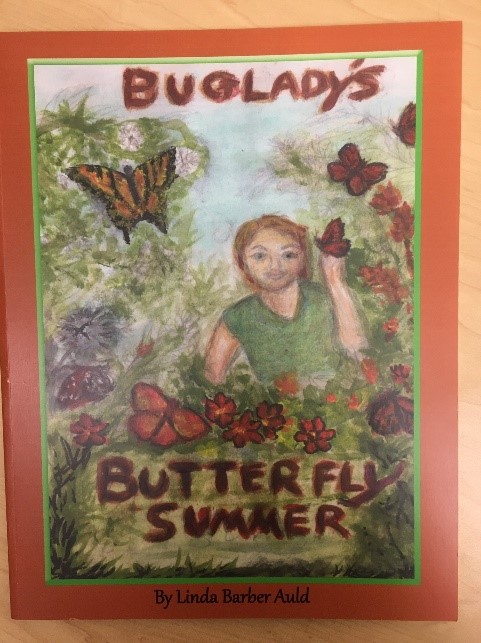 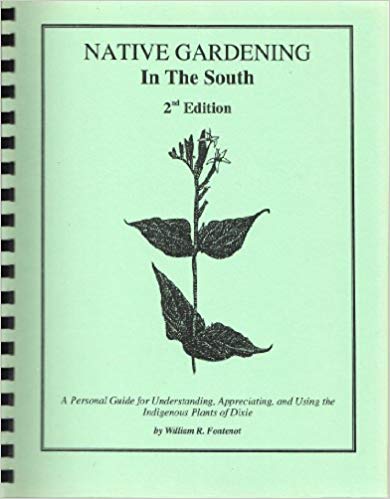 Douglas W. Tallamy is a professor in the Department of Entomology and Wildlife Ecology at the University of Delaware, where he has authored 95 research publications and has taught insect related courses for 39 years. Chief among his research goals is to better understand the many ways insects interact with plants and how such interactions determine the diversity of animal communities. His book Bringing Nature Home was awarded the 2008 Silver Medal by the Garden Writers' Association. The Living Landscape, co-authored with Rick Darke, was published in 2014. Doug's new book Nature's Best Hope will be available February 2020. Among his awards are the Garden Club of America Margaret Douglas Medal for Conservation and the Tom Dodd, Jr. Award of Excellence, and the 2018 AHS B.Y. Morrison Communication Award.
Speaker Bios

Linda Barber Auld, affectionately known as "BugLady," owns and runs Barber Laboratories, a pest control supply store founded in 1921 by her grandfather, Ernest R. Barber. In addition to helping New Orleanians solve their pest problems, for over forty years Linda has also studied and promoted understanding beneficial insects. She has raised 125 species of butterflies and moths, studying and photographing their life cycles. She has performed 26 years’ worth of butterfly count surveys for the North American Butterfly Association. Since 2014, to help Monarch butterflies, Linda has installed seventeen school gardens in the Metro area, donated countless plants to public park gardens and created Monarch Waystations in seven different Louisiana cities.

Bill Fontenot has dedicated his career in biology to restoring ecological integrity in lands, from the smallest urban gardens to the largest wildlife management areas.

Fontenot’s desire to alternate school semesters with jobs led him in and out of an intriguing array of establishments, from bars and cafes to research labs, supply ships, and oil rigs. In 1980 he received his M.S. in freshwater fish ecology from the University of Louisiana at Monroe. From 1980-82 he spent time in the PhD program in Biogeography at the University of Alabama.

In 1986 he began his career with Lafayette Parish Consolidated Government, working first as Curator of Natural Sciences as the Lafayette Natural History Museum, then as manager of the Acadiana Park Nature Station, where he retired in 2008.

As a professional naturalist, Fontenot has led thousands of guided tours, and has consulted and lectured at many universities, museums, botanic gardens, arboretums, and other research institutions throughout the eastern U.S.

He has published many natural history-related articles in various newspapers, newsletters, magazines, tourist information guides, and scientific journals.  He has authored/coauthored a number of books and publications including Native Gardening in the South (1992), A Cajun Prairie Restoration Chronicle (1995, with Drs. Charles Allen and Malcolm Vidrine), Gulf Coast Birds (2001, with Brian Miller), Louisiana Birdwatching (2004, [25-page introduction] with Bill Thompson III), Vanishing Before Our Eyes (2006, with Dr. Wylie Barrow, Jr.), Wings Over The Wetlands (2008), and Watching a Forest Grow (2008). After contributing a weekly nature column in the Lafayette, LA Sunday Advertiser newspaper for 22 years, he now produces a nature blog.

In 2001, Fontenot was honored in receiving the Louisiana Wildlife Federation’s Professional Conservationist of the Year award. In 2009, he received the Louisiana Ornithological Society's President's Award, and the Louisiana Native Plant Society's Karlene DeFatta Award for service to those organizations. In 2011 The Cullowhee Gardening with Native Plants Conference honored him with the Tom Dodd, Jr. Award of Excellence.