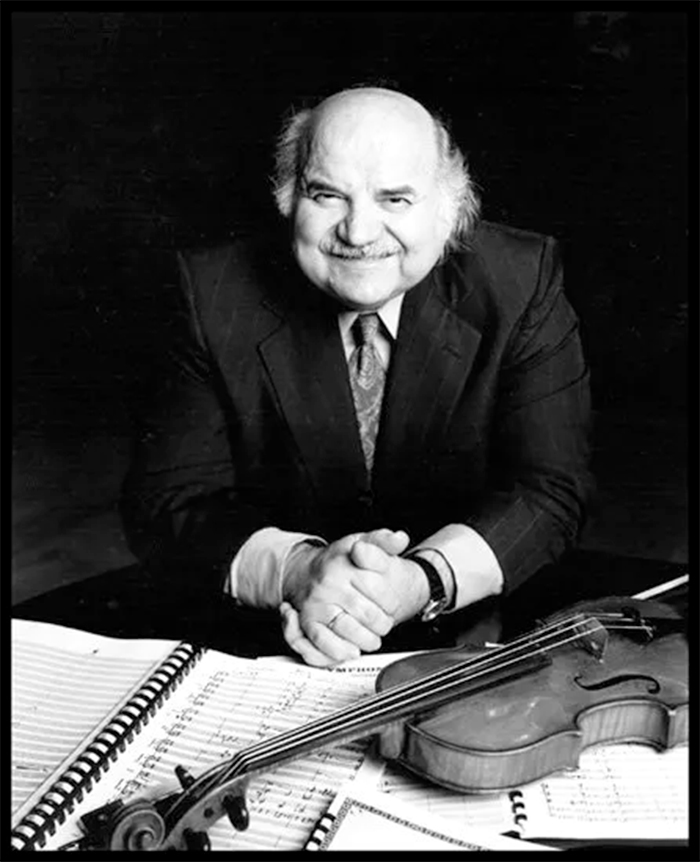 BATON ROUGE, La. - The LSU College of Music & Dramatic Arts and LSU School of Music are saddened to confirm the passing of Dinos Constantinides, LSU Boyd Professor of Composition, at the age of 92.

Dr. Constantinides, Boyd Professor of Composition and Composer-in-Residence, began teaching at the LSU School of Music in 1966 and held the rank of Boyd Professor since 1986. Throughout his illustrious career as a composer, violinist, and conductor, he amassed an impressive array of grants, commissions, and awards, and tirelessly used those successes for the betterment of his students at LSU. Under his tutelage, his students became renowned artists in their own right—going on to win national and international awards in both composition and performance. A number of them have followed his lead even more closely into the realm of pedagogy and now hold professorships at arts institutions across the globe.

Personal honors for Dr. Constantinides were plentiful. Over more than six decades of experience, Dr. Constantinides wrote over 230 compositions, including his opera Intimations, winner of two awards; his opera Antigone; and seven symphonies, of which Symphony No. 2 earned him Louisiana's Artist of the Year Award. Hearing his works in prestigious venues such as Carnegie Hall was a routine occurrence. Dr. Constantinides was additionally the recipient of first prizes in the Brooklyn College International Chamber Competition and the First Midwest Chamber Opera Conference, as well as the Delius Composition Contest Grand Prize, American New Music Consortium Distinguished Service Award, and many more. In July of 2020, he was recognized with the Albert Nelson Marquis Lifetime Achievement Award.

“There is no more fitting use of ‘maestro’ than for Dinos Constantinides,” said James Byo, Director of the LSU School of Music. “A master composer and teacher, he was a quintessential champion of his students, their music, and their careers, and he wisely and generously used the resources of LSU’s Boyd Professorship to create opportunities for countless performing musicians. He leaves a legacy of extraordinary creativity and gritty commitment to the discipline and his students.”

Prior to coming to LSU, Dr. Constantinides studied music theory and violin at the Greek Conservatory in Athens, the Juilliard School of Music, and Indiana University, and composition at Michigan State University. He began his career as a violinist, playing with the State Orchestra of Athens in Greece and the Indianapolis and Baton Rouge Symphonies for many years.

“Dinos Constantinides was a masterful pedagogue and brilliant composer who elevated his students’ learning to the highest levels,” said Kristin Sosnowsky, Interim Dean of the LSU College of Music & Dramatic Arts. “His dedication to training new generations of composers and scholars was unparalleled, and his artistry and passion for music will be felt through the performance of his many works for generations to come. We lament his passing and send our love and support to his wife, Judy Constantinides, and the entire family.”

Information about memorial arrangements will be forthcoming.