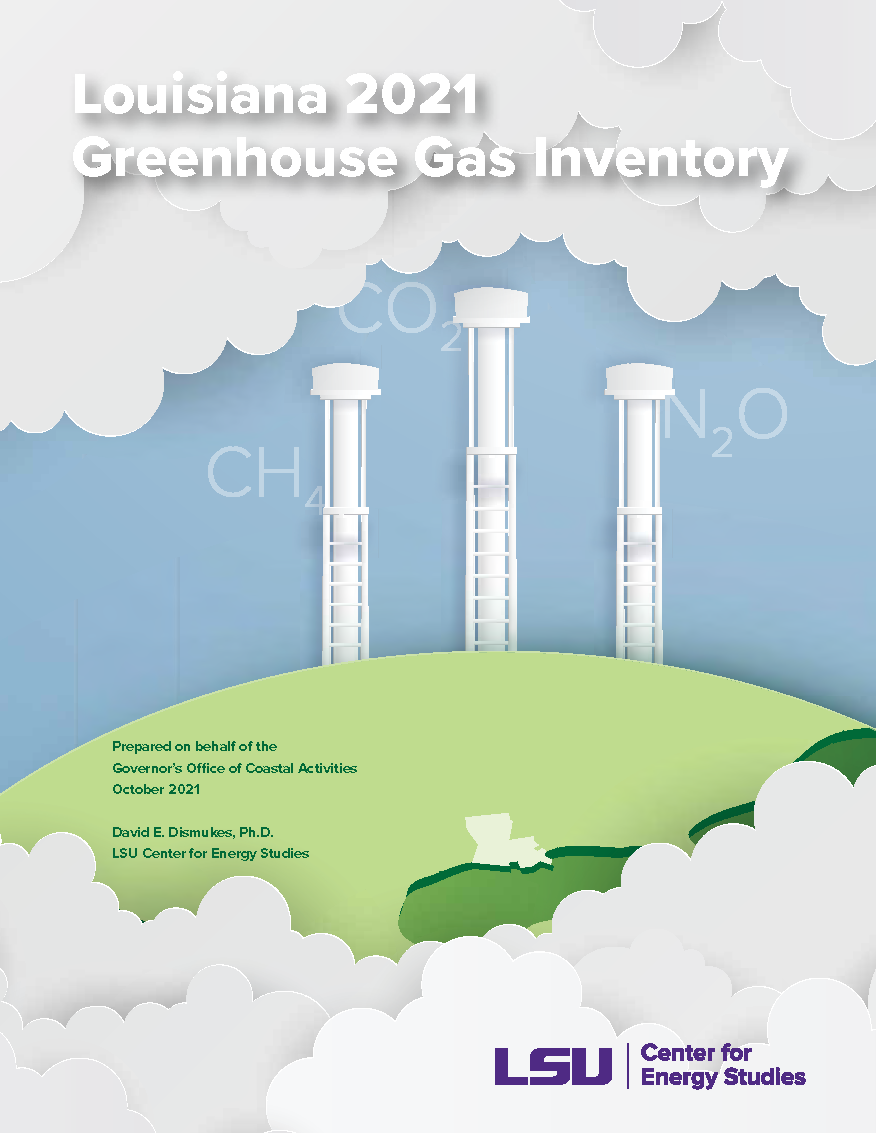 Prepared on behalf of the Governor’s Office of Coastal Activities

In February 2020, Governor John Bel Edwards announced the creation of a Climate Initiatives Task Force (CTF) to consider the important implications that climate change and greenhouse gas (GHG) emissions have for the Louisiana economy and environment. A key data tool needed by the task force is an update of the Louisiana GHG inventory, which had been conducted by the Louisiana State University Center for Energy Studies (CES) in years past (1997, 2010). In January 2021, the Governor’s Office of Coastal Activities contracted with CES to estimate and assess Louisiana GHG emissions from all major sources, activity types, and pollutant types.

The GHG inventory surveys and estimates GHG emissions by activity type and economic sector. The inventory can be thought of as a “cross-sectional” analysis, or snapshot, in time that identifies where each major Louisiana economic sector stands in terms of its GHG emissions. The GHG inventory estimation process can also be thought of as a “tops-down” analysis, as it estimates emissions across broad economic sectors and activities. Over the course of this investigation, CES has worked with the governor’s office, other stakeholders, and the CTF’s Scientific Advisory Group to identify and estimate carbon emission sources and sinks in Louisiana. This analysis not only estimates GHG emissions, by activity type, economic sector, and GHG pollutant type, but also estimates all three across a broad time period, 2000-2018.