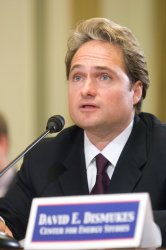 Currently, the offshore federal OCS produces about 27 percent of total oil production, and 14 percent of all U.S. natural production, with most of that production coming from the Gulf of Mexico region. Dismukes described promising projects within the federal OCS, particularly in the deepwater areas of the Gulf, but warned that without expanded access, the federal OCS would likely decline in terms of the contribution it makes to overall U.S. energy supplies.

"Such decline will cause a greater reliance on imported sources of energy without corresponding increases in unconventional resources here at home," he said. "The areas of the federal OCS that are currently restricted to drilling could provide substantial and very meaningful contributions to overall resource levels."

The forum, presided over by Sen. Jeff Sessions, R-Alabama, was held to question experts on steps the United States should take to increase production of oil and gas, reduce oil imports, and stabilize consumer prices. Other panelists included Don Briggs, president of Louisiana Oil & Gas Association, and Doug Morris, group director for upstream and industry operations with the American Petroleum Institute.

View the RealPlayer video of the Senate Republican Conference hearing on offshore oil and gas drilling. 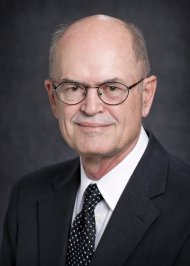 Allan Pulsipher, Marathon Oil Company Professor of Energy Policy and executive director of the LSU Center for Energy Studies, has accepted an invitation to membership to the National Petroleum Council (NPC). The NPC is an advisory committee to the U.S. Secretary of Energy. The council, in existence since World War II, responds to requests from the Secretary of Energy for analysis and guidanceon energy matters involving oil and gas.

NPC members largely come from the oil and gas industry. Pulsipher will be one of a small number of NPC members from academia. NPC studies are objective, policy neutral, and widely regarded as timely and authoritative. Lee R. Raymond, retired chairman of ExxonMobil, serves as the NPC chair, and Claiborne P. Deming, president of Murphy Oil, is vice chair.

According to Pulsipher, the NPC's most recent study and report, Facing Hard Truths about Energy: A Comprehensive View to 2030 of Global Oil and Natural Gas, completed in July 2007, is a good guide to the complexities of the current energy situation.

"We know how important energy is for Louisiana's economy, and at a time when energy is such an important national concern as well, I am very happy to be able to participate in this direct way," Pulsipher said. "The appointment reflects the enhanced national visibility of both the Center for Energy Studies and the University," he added.

Pulsipher has been with LSU since 1990. Previously, he worked as chief economist for the Tennessee Valley Authority, program officer with the Ford Foundation, and as senior staff economist with the President's Council of Economic Advisers under both Presidents Ford and Nixon.

Mike D. McDaniel, former secretary of the Louisiana Department of Environmental Quality (DEQ), has joined the research faculty of the LSU Center for Energy Studies (CES) as a "professional in residence." McDaniel stepped down from his cabinet position earlier this month.

In his new capacity, McDaniel will direct the Center's initiatives on climate change and energy, as well as assist in the Center's ongoing work in renewable and alternative energy and energy efficiency.

"Dr. McDaniel will be a great asset to the Center, sharing his unique experience at this critical time in energy and environmental policy formulation and implementation nationally and in Louisiana," said CES Executive Director Allan Pulsipher.

McDaniel, who served as DEQ secretary under Governor Kathleen Blanco beginning in 2004, is an environmental scientist with more than 35 years of experience in environmental investigations and regulatory compliance. He earned a Ph.D. in biology from North Texas State University in 1973.

McDaniel has served as an adviser to a number of environmental councils, boards, and commissions and was an appointed member of the Governor's Task Force on Environmental Protection and Preservation, the Governor's Mississippi River Corridor Task Force, and the Amite River Basin Commission.

McDaniel's prior experience includes serving as assistant secretary for air quality and radiation at DEQ from 1988 to 1992, in Governor Roemer's administration, as well as a consultant on energy and environmental issues.