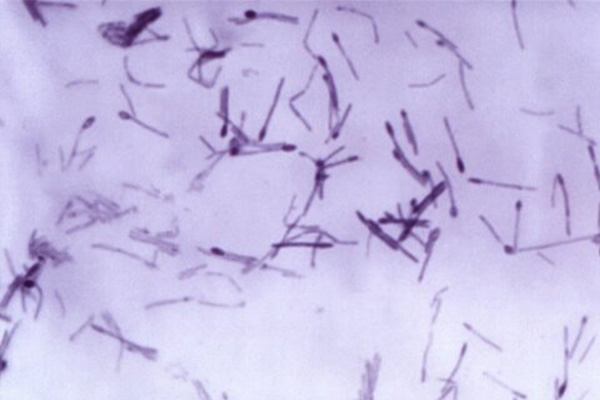 BATON ROUGE—The LSU School of Veterinary Medicine was instrumental in diagnosing and treating several horses in Louisiana infected with a suspected toxin. The investigation revealed a much wider problem, as the culprit was alfalfa cubes infected with Clostridium botulinum type C, which causes botulism. The cubes, which came from one source, were sold in several states, and horses in Louisiana, Texas, Colorado, and New Mexico have reportedly become ill and many died as a result of the toxin.

Botulism is a rare but serious illness caused by toxins released by a bacteria. That toxin then binds to nerves that affect muscles throughout the body and causes difficulty breathing, muscle paralysis, and even death. With Type C Botulism, the toxin is typically ingested from contaminated feeds and binds to nerve receptors; once this occurs, it cannot be reversed. If caught early, an anti-toxin can be used to keep free, unbound toxins from binding to the nerve receptors.

On December 3, 2022, a horse from a breeding farm in Vermilion Parish came to the LSU Veterinary Teaching Hospital and was seen by the equine emergency service. A second horse arrived on December 4. Both horses presented with neurological issues and were tested for infectious agents, including Eastern Equine Encephalitis, West Nile virus, herpes virus, and rabies. On December 5, more horses from the same farm arrived with the same symptoms. Ultimately, LSU saw 15 horses, while others were treated at the farm with approximately 20 horses in Louisiana affected.

The first horses were initially treated by Mustajab Mirza, DVM, DACVS, associate professor of equine surgery. Rose Baker, BVMS, DACVIM (LAIM), assistant professor of equine medicine, took over the care of the horses. On December 6, Matthew Welborn, DVM (LSU 1987), MPH, DACVPM, professor of food animal health maintenance at LSU Vet Med, and Christine Navarre, DVM (LSU 1990), DACVIM, professor of veterinary science, traveled to the farm to look for possible toxins. At this point, the suspicion was that the horses had been exposed to a toxin on the property, such as from toxic plants or spoiled food. Drs. Welborn and Navarre did not find an obvious source of contamination at that point and suggested additional testing of the feed. Based on these findings and the suspicions related to the toxin exposure, a request was then made to the Louisiana Department of Agriculture and Forestry (LDAF). Dr. Baker began working with Jonathan Roberts, DVM, director of the commercial feed program with LDAF, to determine the cause of the illness and its source. All of the affected horses in Louisiana came from the same breeding farm; however, it is possible that other horses in Louisana were affected and those horse owners attributed illness and/or death to another cause.

Dr. Roberts worked with the farm and with LSU to coordinate the testing of alfalfa cubes. Official samples were sent both to the FDA and the California Animal Health and Food Safety Laboratory at the University of California, Davis School of Veterinary Medicine, which returned a positive result for Clostridium botulinum type C. While UC Davis was testing the cubes, the Louisiana Animal Disease Diagnostic Laboratory (LADDL) at LSU Vet Med, along with Dr. Baker, tested additional samples from patients for Botulism. LADDL also performed necropsies on 12 horses with additional toxin testing to further investigate the cause of death.

LSU Vet Med has successfully treated five horses and sent them home and is still treating two horses, one of which is about to foal. These horses presented initially on an emergency basis and were triaged. Due to the herd outbreak concerns, multiple diagnostic tests and intensive nursing care were required immediately. Taking care of these horses required round-the-clock care, and a dedicated nursing staff and diligent care provided by veterinary students were critical in giving every one of these patients the best chance possible.

On December 17, 2022, the U.S. Food and Drug Administration (FDA) issued a warning about recalled lots of alfalfa cubes that appear to have caused illness and death in horses; at that time, the FDA reported that horses in Louisiana, Texas, New Mexico, and Colorado have shown neurological signs that may be related to this issue. If you believe that your horse has been affected, please contact your veterinarian immediately or the LSU Veterinary Teaching Hospital at 225-578-9500.

On January 5, 2023, the LDAF sent out an advisory stating the cause of the illness and death was confirmed to be botulism. The quick resolution of this issue would not have been possible without the combined efforts of farm owners and staff, LSU Vet Med, LADDL, LDAF, UC Davis, and the FDA.

The LSU School of Veterinary Medicine is one of only 33 veterinary schools in the U.S. and the only one in Louisiana. LSU Vet Med is dedicated to improving and protecting the lives of animals and people through superior education, transformational research, and compassionate care. We teach. We heal. We discover. We protect.