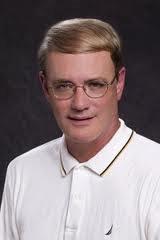 Dr. Harold 'Barry' Dellinger, Professor Emeritus in Chemistry and the founding Director of the LSU Superfund Research Center, passed away in the early evening of March 9th, 2016, after a long illness.  Dr. Dellinger is known for his expertise on how compounds, especially hazardous organic pollutants, degrade as a result of combustion.  His work has been recognized by industry, policy-makers, the research community and environmental groups. Dr. Dellinger was honored by the National Institute of Environmental Health Sciences (NIEHS) in the April 2016 Environmental Factor and by the LSU College of Science.

Dr. Dellinger was recruited to LSU and appointed as Professor of Chemistry and Patrick F. Taylor Chair in 1998.  Over his 18 year tenure at LSU, he published more than 225 papers, secured extensive research funding, graduated 12 PhD students and advised several postdoctoral researchers and research associates.  His research focused on thermal degradation kinetics and degradation profiles of organic compounds with a special focus on the hazardous organic pollutants. These studies included evaluation of principal organic hazardous pollutants for their destruction and removal efficiency in both pyrolytic and oxidative conditions. His work led to the development of T99 theory or the temperature of 99% destruction of chemicals at a specific residence time and formed the foundation for what is used by the EPA to form their incinerability ranking (a guide in the performance tests of incinerator systems). His work significantly contributed to the understanding of the factors determining the formation of polychlorinated dibenzo-p-dioxins and polychlorinated furans (PCDD/F) in thermal processes. He was the first scientist to propose the integrated model of PCDD/F formation including all 3 pathways of formation (gas phase, surface precursor and de novo).

His research increasingly focused on the origin, fate, and health impacts of particle-associated, environmentally persistent free radicals (EPFRs) and combustion generated nanoparticles.  Dr. Dellinger was the Director of the LSU Superfund Research Center that received $15,291,598 (2011-16) to investigate the environmental and health impacts of airborne pollutant-particle systems (environmentally persistent free radicals) emitted from thermal remediation technologies or wind-blown dusts created during remediation and containment activities of Superfund wastes.  He has received numerous awards for his contributions to science; a few of which are outlined here:

The obituary for Dr. Dellinger may be read here. 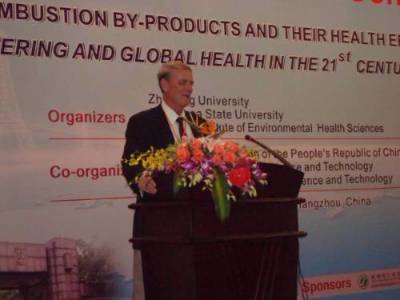 Dr. Barry Dellinger at a conference in China in 2011 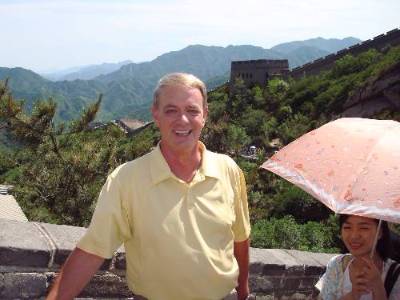 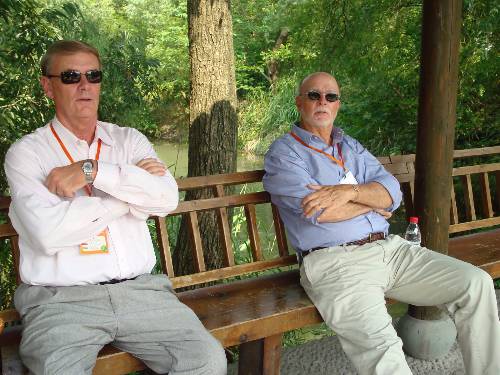 Dr. Barry Dellinger and Dr. William Suk in China in 2011