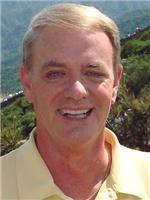 It is with a heavy heart that we report the passing of Barry Dellinger, LSU Professor Emeritus in Chemistry and founding director of the LSU Superfund Research Center.

Dellinger was an exceptional scientist and scholar. He was recruited to LSU in 1998 where he assumed the Patrick F. Taylor Chair of Chemistry. With nearly two decades of service to LSU, he published more than 225 papers, graduated 12 doctoral students, in addition to advising several postdoctoral researchers and research associates. Dellinger brought extensive research funding to LSU including more than $15 million from the National Institute of Environmental Health Sciences, or NIEHS, to continue the hugely successful LSU Superfund Research Center.

“LSU has lost an outstanding researcher. His contributions to the international understanding of environmentally-persistent free radicals, and the impacts of these pollutants, have helped advance industry policies and governmental regulations that guide how we remediate and contain Superfund waste,” said Cynthia Peterson, dean of the LSU College of Science. “Barry has left an indelible print on the international research community and our thoughts are with his family, friends and colleagues.”

Dellinger received his BS from the University of North Carolina, Chapel Hill, in 1971 and his PhD from Florida State University in 1975.  From 1971-1981, he served his country in the U.S. Air Force and retired at the rank of Captain. He performed postdoctoral studies with the late Professor Robin Hochstrasser at the University of Pennsylvania and spent 16 years at the University of Dayton Research Institute prior to coming to LSU.

His research has focused on thermal degradation kinetics and degradation profiles of organic compounds with a special focus on hazardous organic pollutants. His work led to the development of T99 theory or temperature of 99% destruction of chemicals at a specific residence time and formed the foundation for what is used by the EPA to form their incinerability ranking (a guide in the performance tests of incinerator systems). In the last 15 years, his research has increasingly focused on the origin, fate, and health impacts of particle-associated, environmentally persistent free radicals (EPFRs) and combustion generated nanoparticles.

In addition to research funding from NIEHS, Dellinger has also received support from NSF, EPA and tobacco companies and numerous awards for his contributions to science.

After a long illness, Dellinger passed away the evening of March 9. Visitation will take place at Rabenhorst Funeral Home Downtown, 825 Government Street, March 16 at 5 p.m. followed by funeral services at 7 p.m.