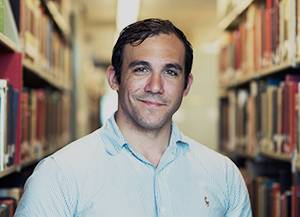 I am a theoretical and computational astrophysicist with broad research interests ranging from massive stellar evolution to supernovae and peculiar transient phenomena. I am utilizing modern computational tools, like the stellar evolution code MESA, to study the evolution of massive (> 8 Msun) and very massive (> 100 Msun) stars including the effects of rotational and magnetic instabilities as well as binary interaction effects. I am particularly interested in the very latest stages of stellar evolution, seconds to a few years prior to core-collapse, where multi-dimensional effects due to vigorous convection can drive the internal structure of the star away from spherical symmetry and even change the initial conditions and susceptibility to explosion. On that front, I have extensively used and expanded the multi-dimensional hydrodynamics code FLASH and run it on parallel computing systems to study the very final moments of massive stars in detail.

A main focus of my work has been the study of the new class of superluminous supernovae (SLSNe) and related luminous transients, a very diverse class of events that reach peak luminosities in excess of 10-1000 times that of thermonuclear Type Ia SN. I have used analytical and computational hydrodynamics and radiation transfer methods to study and understand the mechanisms that can power such extreme explosions. These include modeling the light-curve evolution of these events as well as their spectra. In particular, I have studied strong supernova ejecta - circumstellar interaction setups both in the hydrogen-rich (SLSN-II) and hydrogen-poor (SLSN-I) regime and explored the relevance of the elusive Pair Instability Supernovae (PISNe) to these spectacular events.

In addition, I am passionate about coding and algorithmic development, data visualization and open source science.