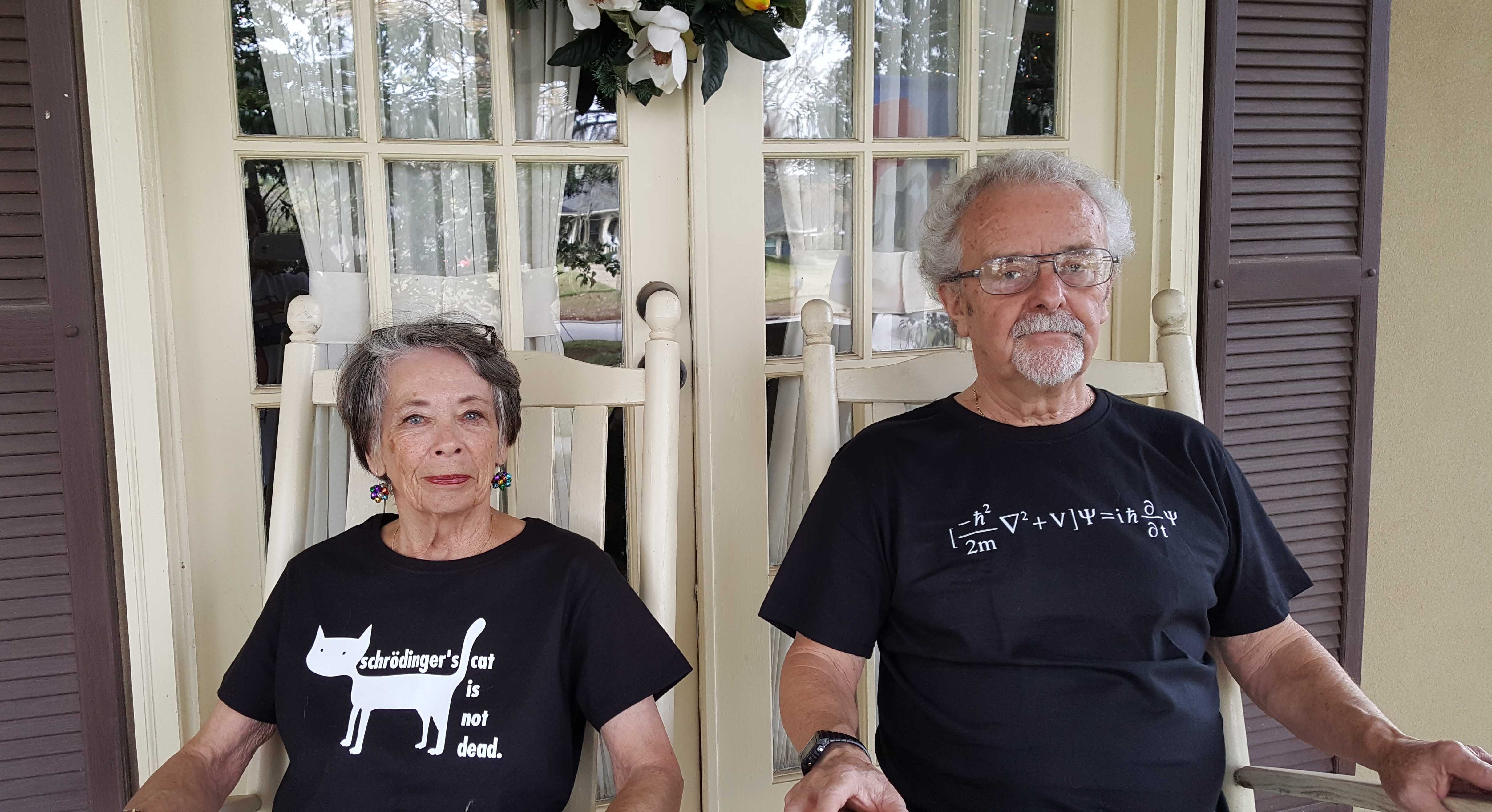 Professor and Mrs. Plummer’s gift will provide an endowment for a professorship and superior graduate student scholarship

Representing a lifetime devoted to world-renowned research and higher education, LSU announces a $1.3 million estate gift from the late LSU Boyd Professor E. Ward Plummer and his wife Elizabeth “Betty” Plummer. This gift creates a new endowment within the LSU College of Science’s Department of Physics & Astronomy to advance research and exceptional academic scholarship with a professorship for materials research and a superior graduate student scholarship.

Dr. Plummer, an internationally prominent researcher and educator, having authored more than 400 scientific articles and mentored more than 100 graduate students and postdoctoral fellows, passed away on July 23, 2020. After more than 50 years with all of the accomplishments and awards he received, Plummer always cited his greatest professional pride as being in his work with students. He delighted in watching their growth as he mentored their progress and development into independent scientists.

“My legacy will be the minds I molded; not the papers I wrote or the prizes I won.”— Ward Plummer

Plummer held an energetic passion for mentoring and an uncompromising approach to conducting good science. Established in honor of his outstanding research, scholarship and mentorship of graduate students, the E. Ward Plummer Physics Scholarship will support graduate students in the LSU Department of Physics & Astronomy, representing Plummer’s outstanding preparation of next-generation scientists.

Plummer had a remarkable impact in the field of experimental surface physics. He actively participated in professional societies, regularly serving on many national and international committees to review existing scientific programs and to identify future directions for science and technology. In honor of his exceptional career of first-rate, world-class research, generous service contributions to the university and the profession, the E. Ward Plummer Professorship for Materials Research will provide sustained support for a world-class experimental program in materials science at LSU.

Plummer joined the LSU faculty in January of 2009 as part of the Multidisciplinary Hiring Initiative in Materials Science and Engineering. He had established himself at Oak Ridge National Laboratory and the University of Tennessee as a leading scientist in materials physics with a focus on electronic behaviors at surfaces and low dimensionality. He was a recognized pioneer in the observation of surface electronic structures; in the discovery of surface-supported multipole plasmon modes in metals; and in the spectroscopic interrogation of single atoms on surfaces. Much of the condensed matter physics field’s current research on critical phenomena in low-dimensional systems was inspired by his discovery of charge-density waves at the metal and semiconductor interface.

He accrued many awards and distinctions over his long and illustrious career, including becoming a member of the National Academy of Sciences and a fellow of the American Academy of Arts and Sciences. In 2017, Plummer was honored with the Award for International Scientific Cooperation from the Chinese Academy of Sciences. He is the only physicist from the United States to have ever received this award. That same year, the LSU Board of Supervisors awarded him the rank of Boyd Professor. The Boyd Professorship is the highest professorial rank awarded by the LSU System and is given only to professors who have attained national or international distinction for outstanding teaching and research. In January 2018, he received the China International Science and Technology Cooperation Award from the president of China, Jinping Xi.

“My father was deeply committed to education,” said daughter Johanna Plummer. “I am so pleased that his legacy of molding the minds of future physicists will continue by supporting a graduate scholarship and faculty position.”

Betty Plummer attended Lewis and Clark College, where she met Ward, and earned a Bachelor of Arts in Medical Technology. Dr. Plummer’s career provided opportunities for them to travel the world extensively. At home, Betty was a passionate quilter, an avid gardener, a talented chef and baker, and a voracious reader. She supported many animal charities with her time and philanthropy. She died February 23, 2021 at their home in Spring City, TN. Ward preceded her, passing on July 23, 2020 in Baton Rouge, LA.

“Ward Plummer was a giant in his field,” said Cynthia Peterson, dean of the LSU College of Science. "He had a tremendous impact on Materials Science — not only at LSU, but nationally and internationally. I admired Ward and appreciated his commitment to excellence.”

“Ward was a leader in fostering international collaborations,” said Jeffery C. Blackmon Russell B. Long Professor and chair of the LSU Department of Physics & Astronomy. “He championed the free exchange of ideas that helps scientific discovery flourish and improves international relations. Ward leaves a great legacy in the careers of the many outstanding young scientists from around the world whom he mentored. This generous gift means that Ward's tremendous impact will continue for generations and help us advance LSU's Scholarship First Agenda.”

In memory of Ward’s dedication and legacy within the LSU Department of Physics & Astronomy and the many lives he’s impacted, gifts can be made in his name to the “LSU Foundation – P&A development fund,” 3796 Nicholson Drive, Baton Rouge, LA 70802. In the memo line, please indicate, “IMO Ward Plummer.” For online contributions, visit lsufoundation.org/give.

More news and information can be found on LSU’s media center, www.lsu.edu/mediacenter.