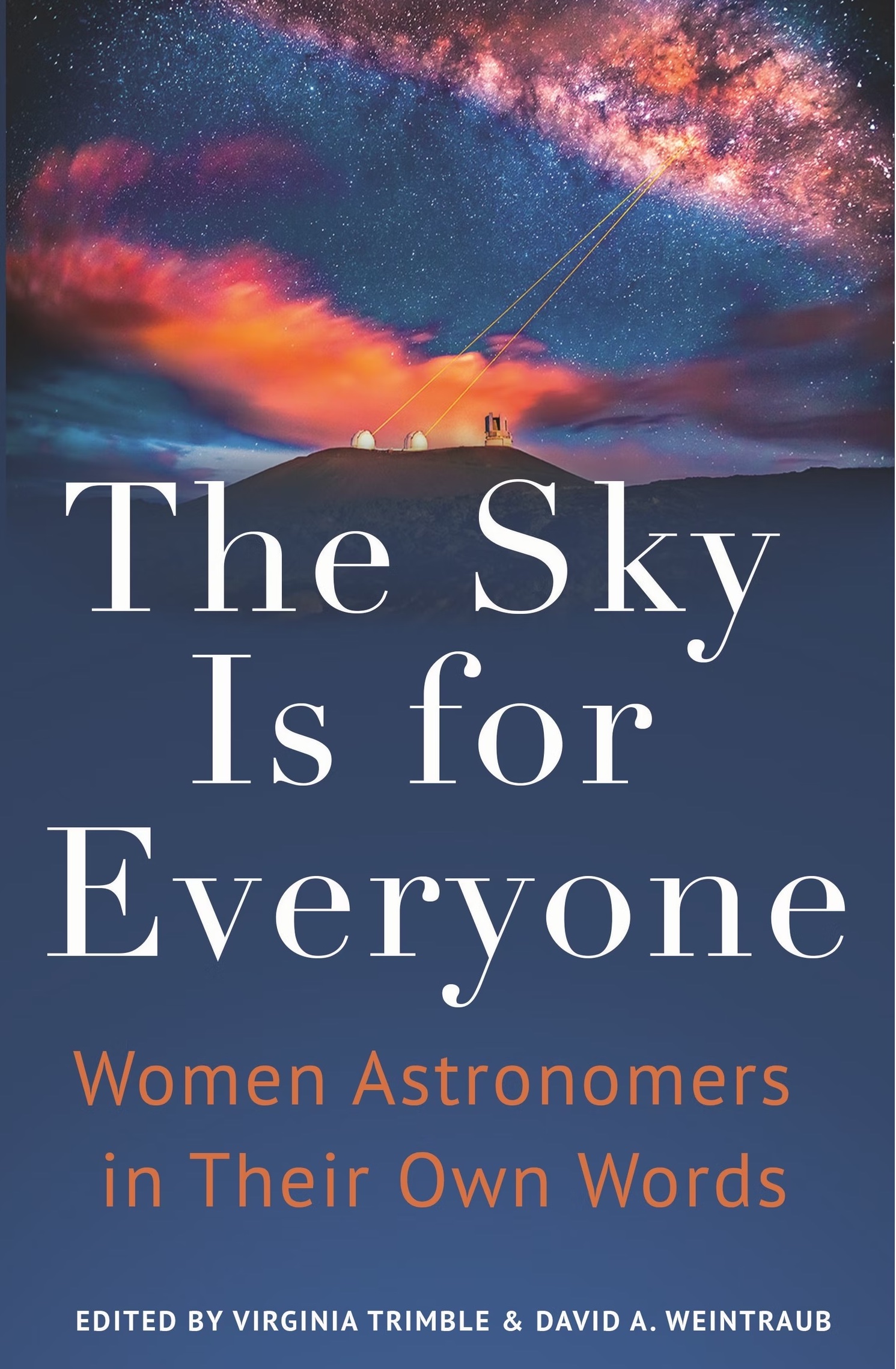 “The Sky is for Everyone: Women Astronomers in Their Own Words”

LSU Boyd Professor of Physics Gabriela González is featured in a new international book titled “The Sky is for Everyone: Women Astronomers in Their Own Words.” The book is a series of 37 autobiographical essays by women astronomers showcasing their encounters breaking down barriers and changing the face of modern astronomy.

The book is edited by astronomy professors Virginia Trimble, who is a pioneer astronomer, historian of science and author of “Visit to a Small Universe,” and David A. Weintraub, who is also an astronomer and the author of “Life on Mars.” The book involves poignant testimonies highlighting the inspiration these women experienced to follow a career path in science.

“I was very honored when Virginia and David invited me to contribute to this project. I have been a long-time admirer of Virginia Trimble, and this book will honor her career and her inspiration to many women scientists,” González said.

“This book is an attempt to record and preserve the history of an important era of social change in the history of astronomy, beginning roughly in the mid-twentieth century and ongoing today,” Weintraub said. “This book, I hope, will also inspire another generation of scientists, especially young women who aspire to careers in astronomy, to follow in the footsteps.”

González is an experimental physicist with the Laser Interferometer Gravitational-wave Observatory, or LIGO, who contributed to the detection of gravitational waves in 2015 predicted by Albert Einstein’s Theory of General Relativity, and was part of the international press conference announcing the first discovery.

González’s research and work as the former spokesperson for the 1,000-member international LIGO Scientific Collaboration opened a new window of discovery to the cosmos. As an experimental physicist, González’s current research involves the reduction and characterization of noise to enhance the laser interferometers’ sensitivity to detect gravitational waves, calibrate the detectors and analyze data. She was recognized in 2016 as one of the “Ten People Who Matered” by the scientific journal Nature; received the 2017 National Academy of Sciences Award for Scientific Discovery; and has been elected Fellow of the American Academy of Arts and Sciences and member of the National Academy of Sciences.

González was born and raised in Córdoba, Argentina. She studied physics at the University of Córdoba, where she earned a college physics degree in 1988. She came to the U.S. to pursue and attain her Ph.D. from Syracuse University in 1995. Her doctorate focused on Brownian motion applied to LIGO detectors. Her work on gravitational waves detection took her to universities across the U.S. including MIT and Penn State. She joined the faculty at LSU in 2001. She was the longest serving elected spokesperson for the LIGO Scientific Collaboration — a position she held for six years from 2011-2017.

She was the Southeastern Conference Professor of the Year in 2019, and currently serves as past-chair of the American Physical Society, or APS, Division of Gravitational Physics.

González reflects in her essay titled Gravitational Love: “As a kid I was very, very curious. In high school, I thought physics could explain everything, since plants, people and planets are made of atoms. I wanted to study physics in college, at the Córdoba National University, to learn those explanations. I didn’t imagine myself as a scientist. I had never met one, and I imagined myself teaching physics, since I liked teaching very much.”

“The Sky Is for Everyone: Women Astronomers in Their Own Words” is published by Princeton University Press.