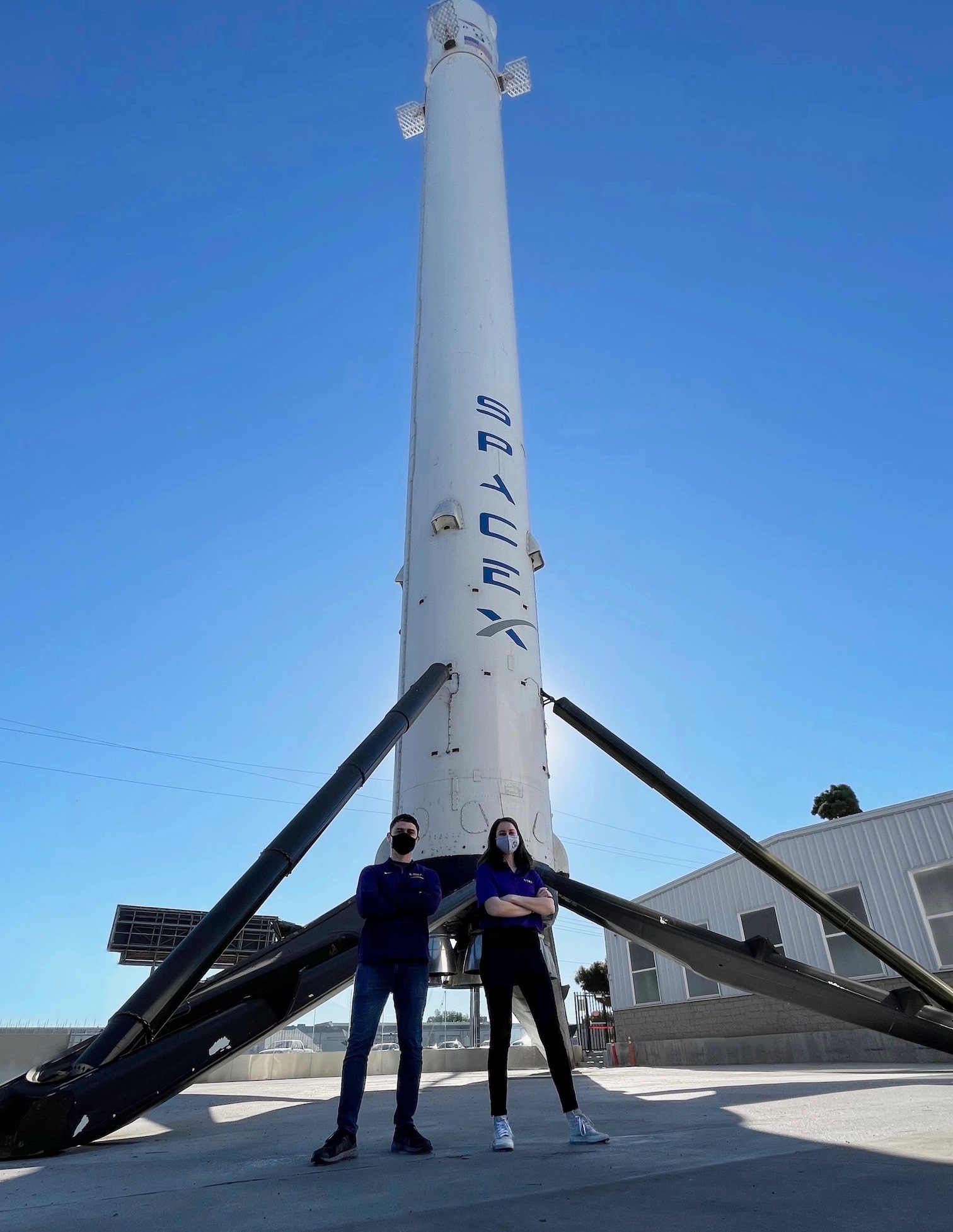 “We began by giving presentations on our research to some members of the medical and radiation teams,” said Taylor. “I reported on projects in the Dr. Jeffery Chancellor’s Space Radiation Transport & Applied Nuclear Physics, SpaRTAN, group, titled “Computational Methods to Improve Understanding of Space Radiation. The goal of my research is to develop a framework to design radiation shielding for spacecraft that will minimize the dose received by the crew and hardware.”

Afshari presented “Project Phoenix: Holistic Approach to Radiation Induced Side Effects.” “In my research, we demonstrate an approach to simulate the space radiation environment in a laboratory setting.”

“Following our presentations, we were able to have a discussion with the SpaceX group about the future of commercial spaceflight and some of the challenges this would present,” said Afshari.

Questions included: For commercial spaceflight are the dose regulations the same as for astronauts? What is involved in the process of informing civilians of the risk from radiation? What biological system are you most concerned about regarding radiation damage for astronauts?

Afshari and Taylor were also given a tour of the SpaceX facility and viewed part of the rocket assembly process. “Our trip to SpaceX was incredible, they were very welcoming of us and engaging in our discussion,” said Taylor.

The research of the SpaRTAN laboratory is focused on understanding the impact space radiation has on both the health of human spaceflight crews and the resilience of space vehicle hardware systems. Both of these efforts require a multidisciplinary approach; and the group partners closely with radiobiologists, aerospace physicians, engineers, and applied scientist to develop novel methods for studying the interaction of the heavy-charged nuclei found in the cosmic ray spectrum with both soft and condensed matters. The SpaRTAN Physics group utilizes high-performance, multi-core computers and sophisticated numerical techniques in order to study these complex interaction dynamics that are otherwise difficult to replicate in a laboratory setting.  The computational outcomes are experimentally validated with measurements at beam line accelerators or by applying our models to results previously published in peer-reviewed literature. These efforts have led to novel approaches to simulating the complex space radiation environment and the development of more realistic ground-based space radiation analogs.