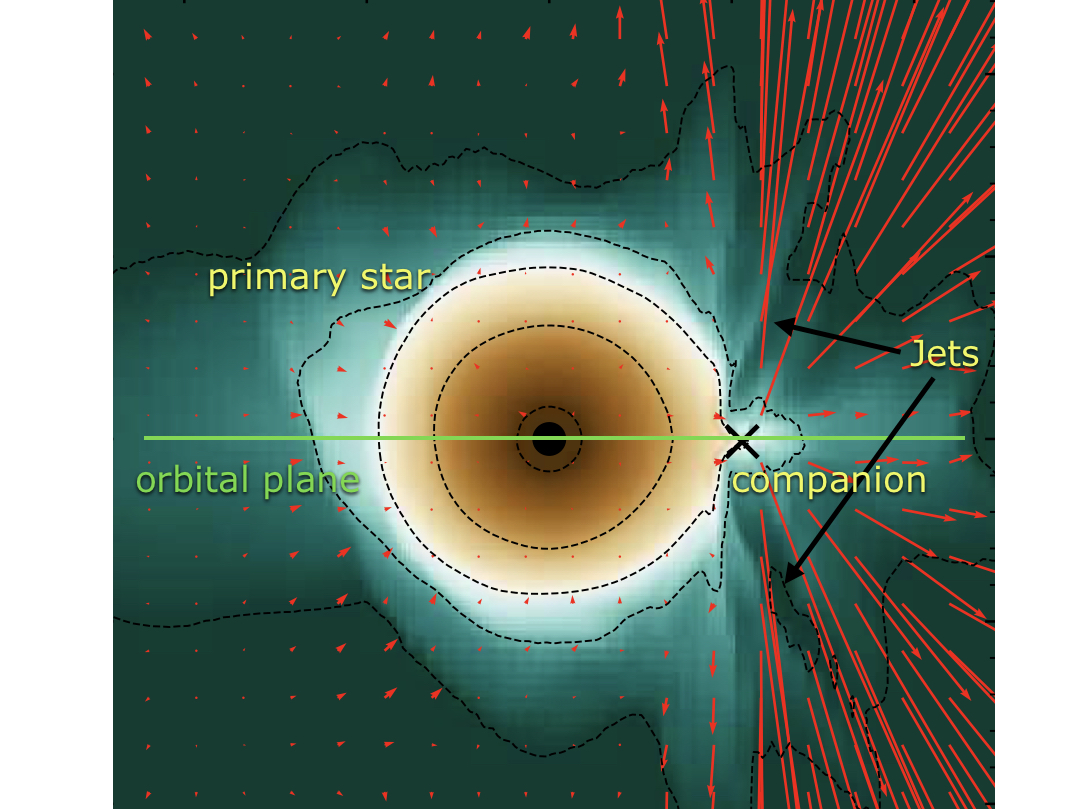 Grazing Envelope Evolution (GEE) Evolutionary route in stellar binaries first proposed in Soker 2015. Jets, launched by the accretion disk around the companion, are the mainspring.

Sagiv Shiber, postdoctoral researcher, LSU Department of Physics & Astronomy, along with Roberto Iaconi, Department of Astronomy, Kyoto University, Kyoto, Japan have been investigating interactions between two stars in a binary system which affect the formation of close binary systems, which are the progenitors of gravitational waves sources, and some type Ia supernova explosions.

As announced at the 237th the American Astronomical Society (AAS) Meeting by Dr. Shiber, these are binary systems, where a main-sequence star companion accretes mass from an evolved red-giant branch star and launches jets that interact with the envelope. They have investigated the effect of different companion masses on the efficiency of companion-launched jets in unbinding the envelope.

The jets unbind a large fraction of the evolved star envelope, where numerical simulations that include only orbital energy unbind only a small fraction which is in stress with observations that observe these compact systems without the envelope.

In addition, the jets create outflow which has a bipolar shape that could explain some bipolar planetary nebulae.

“Our results support the Grazing Envelope Evolution, GEE, as a feasible evolutionary phase in forming short-period binaries which have compact objects and an ejected envelope,” said Shiber, who is working in the research group of Geoffrey Clayton, Ball Family Distinguished Professor, LSU Department of Physics & Astronomy.

A paper based on Shiber and Iaconi’s findings will be submitted to Monthly Notices of the Royal Astronomical Society, MNRAS, one of the world's leading primary research journals in astronomy and astrophysics, as well as one of the longest established. It publishes the results of original research in positional and dynamical astronomy, astrophysics, radio astronomy, cosmology, space research and the design of astronomical instruments.