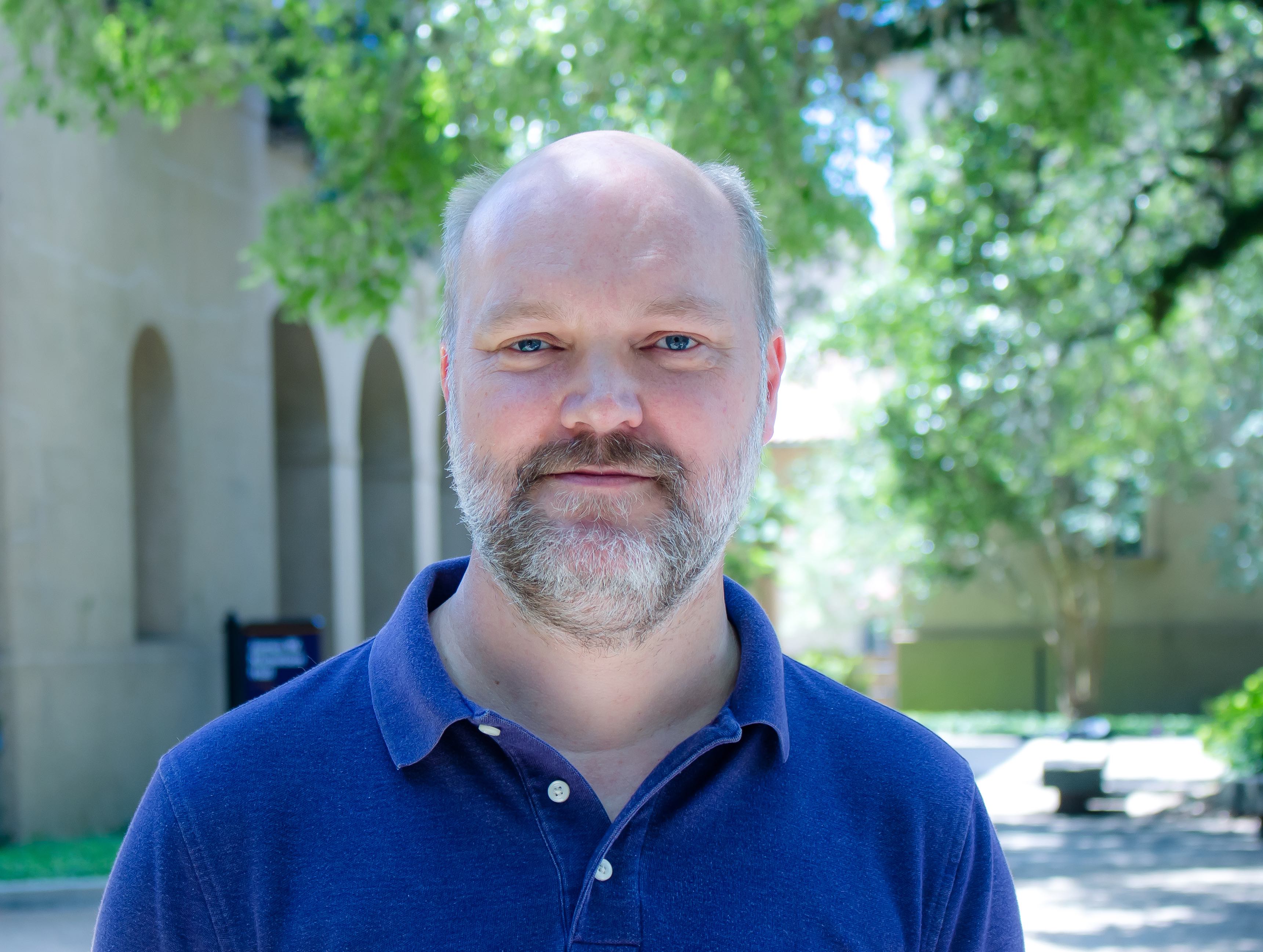 The Southwest Regional Chapter of the American Association of Physicists in Medicine has announced LSU Associate Professor Kenneth “Kip” Matthews as the 2020 recipient of the prestigious Robert J. Shalek Award.

Matthews’ nominators Andrew Morrow and Joe Dugas cited in their nomination “in recognition of his service to SWAAPM, most recently as Treasurer; his contributions to education through his dedication to the LSU Medical Physics Program and his work with the summer REU program that has been crucial to providing an introduction for students to the nature of research-oriented careers in physics and astronomy, fostering the development of research-related skills and knowledge; and for serving as a mentor to many students and physicists in the Southwest Chapter, including our present officers.”

Matthews earned a BA degree in 1990, majoring in chemistry and physics, from Austin College, in Sherman, TX, and his PhD in medical physics from The University of Chicago. From 1997 through July 2001, he served as a clinical and research physicist at Rush-Presbyterian-St. Luke's Medical Center in Chicago. Matthews received his clinical certification in medical nuclear physics from the American Board of Radiology in June 2001, and joined the faculty of the Department of Physics & Astronomy at LSU in August 2001. He currently serves as deputy director for the LSU Medical and Health Physics program, and holds adjunct appointments in Radiology at the LSU Health Sciences Center in New Orleans, in Comparative Biomedical Sciences at the LSU School of Veterinary Medicine, and at Pennington Biomedical Research Center. In 2017, Matthews was named a Fellow of the American Association of Physicists in Medicine.

His research interests span nuclear medical physics and diagnostic imaging physics. A primary interest is developing detector systems for radioisotope imaging, which uses the gamma-ray emissions of internally-distributed radiopharmaceuticals to visualize in vivo physiology, pathophysiology and metabolic processes. A second interest is the translation of x-ray interferometry imaging technology into a clinical diagnostic imaging tool. Matthews collaborates on imaging-related projects with LSU faculty in chemistry, biology, engineering, veterinary medicine, and other areas. Because of LSU’s extensive involvement with radiation therapy physics, he is also interested in the application of medical imaging techniques within radiation therapy.

Previously, LSU Professor Emeritus Kenneth Hogstrom received the Shalek award in 1990. "Dr. Matthews well deserves the recognition, and I know that Dr. Shalek would be pleased with what he has accomplished in teaching and helping guide young people into our field, " said Hogstrom. "I also think it special to have been nominated by two of our former LSU students/trainees.”

The Robert J. Shalek Award is presented annually to a Full or Associate Member of the Southwest Chapter of the American Association of Physicists in Medicine in recognition of exemplary service to, or representation of, the chapter. The Shalek Award may also be given to a SWAAPM member who has recently achieved landmark contributions to the field of Medical Physics; these contributions may be publications, technical innovations, professional service, public lectureships, or other achievements.

The purpose and jurisdiction of the SWAAPM chapter is to encourage interest in the field of physics in medicine and biology and to promote and improve the profession of medical physics within the Southwest areas, and to encourage interest and training in medical physics and related fields. It is organized exclusively for charitable, scientific, and educational purposes.