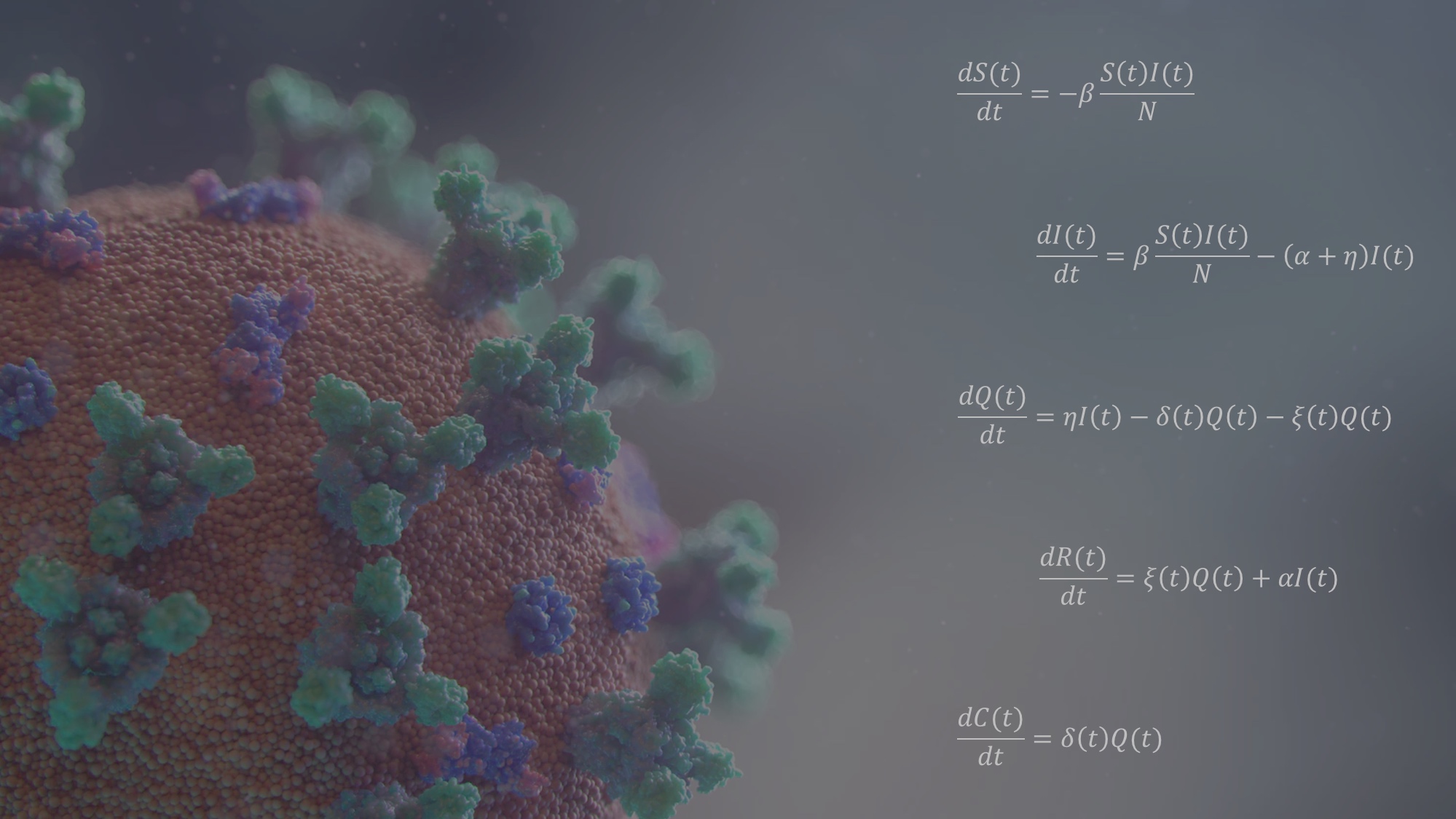 Currently, there are over 10 million confirmed cases and more than 240,000 casualties attributed to COVID-19 in the U.S. LSU researchers have applied computational models to investigate infection rates in relation to social distancing measures. Their paper, Effect of mitigation measures on the spreading of COVID-19 in hard-hit states in the U.S., was recently published in PLOS ONE.

This research compiles the data for each state in the U.S. and calculates the change in the infection rate before and after social distance measures were imposed last spring.

“We investigate the change in the infection rate due to mitigation efforts and project death and infection counts through September 2020 for some of the most heavily impacted states: New York, New Jersey, Michigan, Massachusetts, Illinois, and Louisiana,” said co-author Juana Moreno, LSU Department of Physics & Astronomy and the Center for Computation & Technology associate professor.

Many of the current predictive models of the development of COVID-19, especially after mitigation efforts, partially rely on extrapolations from data collected in other countries. However, understanding the effects of mitigation efforts based on local data is important, since data extrapolated from other areas may not be reliable. As states and countries have implemented different degrees of social distancing measures, the effects on controlling the pandemic simply cannot be translated between regions.

“The interactions among people are complicated and often difficult to model at the individual level. The challenge is similar to the study of a large ensemble of particles where monitoring the motion of each particle is virtually impossible. Mean field approximation is often used to study large populations by coarse graining the individual, or microscopic, details to the population, or macroscopic, averaged quantity,” said lead author Ka-Ming Tam,  LSU Department of Physics & Astronomy research assistant professor.

With the current mitigation efforts, five of those six states with the exception of Illinois, have reduced their base reproduction number to a value less than one, stopping the exponential growth of the pandemic.

“The infection rate is an important indicator of the evolution of an epidemic. If it is larger than one, the number of infections is exponentially increasing,” said Nicholas Walker, LSU Department of Physics & Astronomy alumnus and current postdoctoral fellow. “We found that the infection rate is substantially suppressed by social distancing measures. Almost all states had the infection rate dropped below one by the end of the April.”

The analyses by the researchers clearly shows a drop in infection rates following public policy measures such as social distancing and stay-at-home orders.

“We are currently working on the effects of reopening and how the reopening policies in different states have affected the number of fatalities,” Moreno said. “Our current analysis suggests that the face mask mandate is the most important policy for lowering the death count.”

Effect of mitigation measures on the spreading of COVID-19 in hard-hit states in the U.S., PLOS ONE: https://www.lsu.edu/physics/people/researchers/index.php