For more than 30 years, the Astronaut Scholarship Foundation has supported hundreds of top performing students pursuing degrees in science, technology, engineering or mathematics. This year, LSU physics majors Rory Bentley and Harvey Shows are among the top performing scholars to receive the ASF award.

The ASF Scholarship was created by the six surviving astronauts of Mercury 7, the team of seven astronauts that piloted the manned spaceflights of the Mercury program from May 1961 to 1963. The scholarship aims to encourage students to pursue scientific endeavors that keep the U.S. on the leading edge of technology. 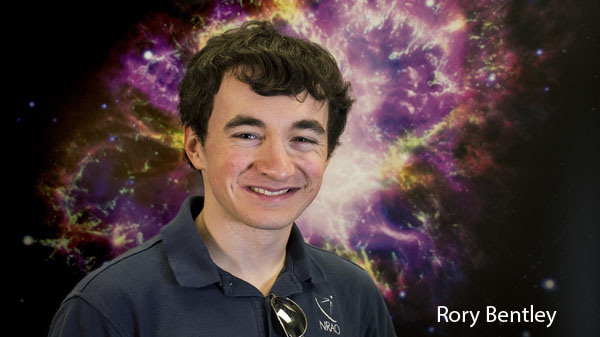 Astronaut Scholar Rory Bentley from Baton Rouge, La., is a physics major with a concentration in astronomy. He’s known his love for astronomy since he was two years old, but this recognition affirms that, he not only loves it, but it’s his calling.

“Being awarded this scholarship feels like a testament to all the time I’ve sunk into my research career,” said Bentley. “It’s a huge relief to see that I ended up in the right field.”

Bentley has contributed to several projects over the years. In high school he began working with Dr. Suniti Karunatillake on image analysis from the Mars Reconnaissance Orbiter and the Curiosity Rover. In college Bentley began survey searching for variable stars corresponding to X-ray sources in the Milky-Way’s center with Dr. Robert Hynes, professor in LSU’s Department of Physics & Astronomy.

In summer 2017, he worked with Dr. Al Wootten at the National Radio Astronomy Observatory where they performed a hunt for new molecules within the Crab Supernova Remnant using data from the ALMA array. More recently, he’s been working with LSU Assistant Professor, Dr. Tabetha Boyajian's group who’s looking at peculiar stars found with the Kepler Space Telescope.

“I am planning on continuing my career in observational astronomy in graduate school at UCLA and beyond,” said Bentley. “I’m particularly interested in big stars and star clusters, and the center and structure of our galaxy.” 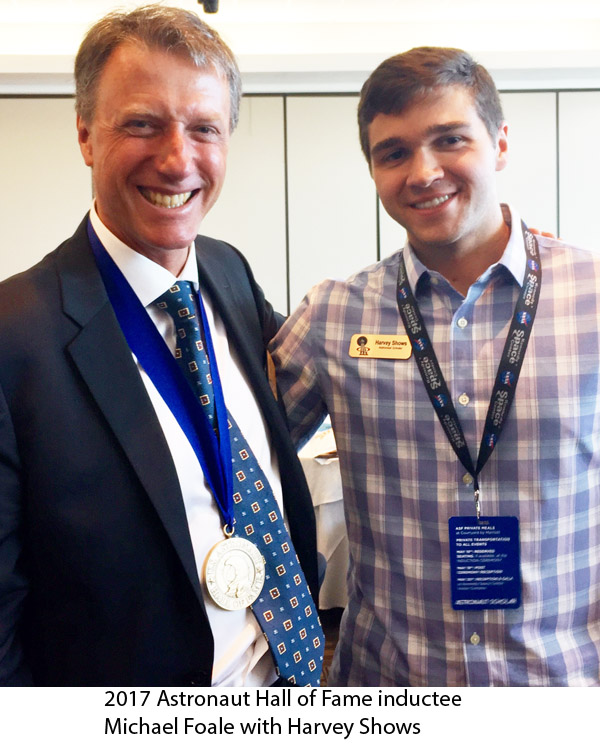 Astronaut Scholar Harvey Shows from Covington, La., knew from a young age that studying physics was his calling. He began his college career at Southeastern Louisiana University and transferred to LSU after his freshman year. Shows says that it was the faculty and staff in the Department of Physics & Astronomy who encouraged him to excel within his field

“While the work involved can be strenuous often leading to late nights and early mornings, the prize of finally ‘getting it’ cannot be overvalued. With each semester I become more and more confident that I am where I ought to be,” said Shows.

Shows has an extensive research background. While an undergraduate student, he conducted neutrino physics research at Indiana University. He has also participated in a quantum computing physics research experience sponsored by the NSF’s Robert Noyce Teacher Scholarship through the LSU GeauxTeach program in Math & Science. Shows also worked as an undergraduate researcher in Associate Professor of Physics Kristina Launey’s research group where the work focused on nuclear structure theory.

Shows attended the Astronaut Scholars Award Presentation Ceremony in Washington D.C. and was astounded by the experience.

“This weekend was one of the highlights of my undergraduate career,” said Shows. “My
expectations were beyond exceeded. The astronauts, as well as the other astronaut scholars were among the most personable, brilliant, genuine, and gracious individuals I have ever met. I had the opportunity to meet the U.S. Astronaut Hall of Fame inductees: Michael Foale and Ellen Ochoa, as well as many other astronauts, including four of the six surviving Apollo astronauts. Meeting these incredible men and women who pursued the excitement of their imagination, uncorrupted by promise of fame or fortune, was an incredibly humbling and inspiring experience.”

About the Astronaut Scholarship Foundation:

The Astronaut Scholarship Foundation has identified and supported many of the best STEM undergraduate students in the nation. As a merit-based scholarship, candidates must be nominated by faculty of the participating universities based on their display of initiative, creativity and excellence in their chosen field.  To date, the ASF has awarded more than 400 scholarships totaling more than $4 million.