BATON ROUGE – In a paper published in the journal Science, the Pierre Auger Collaboration reports observational evidence demonstrating that cosmic rays with energies a million times greater than that of the protons accelerated in the Large Hadron Collider come from much further away than from our galaxy. 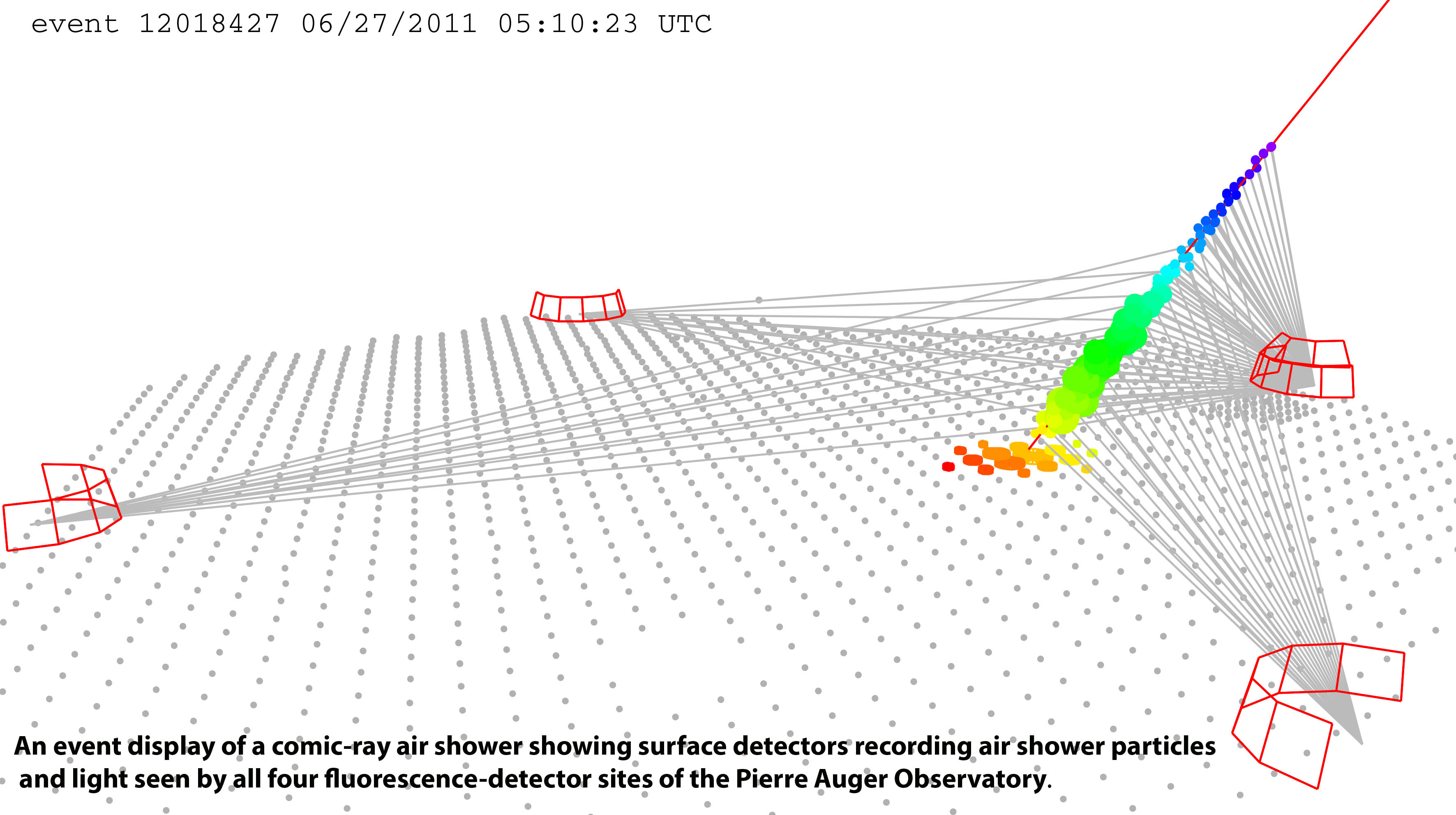 LSU Department of Physics & Astronomy Professor Jim Matthews, former co-spokesperson of the Auger Collaboration, works with more than 500 scientists from 17 countries on the world’s leading science project for the exploration of the highest energy cosmic rays to elucidate the origins and properties of the most energetic particles in the Universe. The collaboration is reconstructing the path of the Universe's most energetic cosmic rays, bringing new insights into the origin and nature of this intergalactic phenomenon.

“LSU has been an important part of this large, long-running international effort for more than 20 years with the Pierre Auger Observatory in western Argentina, including involvement of four LSU Ph.D. students” Matthews said. “We have not yet identified the specific sources of these most energetic particles in the cosmos, but this work is a huge step forward in that hunt.”

Ever since the existence of cosmic rays with individual energies of several Joules was established in the 1960s, speculation has raged as to whether such particles are created there or in distant extragalactic objects. The 50 year-old mystery has been solved using cosmic particles of mean energy of 2 Joules recorded with the largest cosmic-ray observatory ever built, the Pierre Auger Observatory in Argentina. It is found that at these energies the rate of arrival of cosmic rays is ~6% greater from one half of the sky than from the opposite one, with the excess lying 120˚ away from the Galactic center.

Cosmic rays are the protons from hydrogen to iron. Above 2 Joules the rate of their arrival at the top of the atmosphere is only about 1 per sq km per year. Such rare particles are detectable because they create showers of electrons, photons and muons through successive interactions with the nuclei in the atmosphere. These showers spread out, sweeping through the atmosphere at the speed of light in a disc-like structure, similar to a dinner-plate, several kilometers in diameter. They contain over 10 billion particles, and at the Auger Observatory, they are detected through the Cherenkov light they produce in a few of the 1,600 detectors that each contain 12 tons of water, spread over 3,000 km2 of Western Argentina, an area the size of Rhode Island. The times of arrival of the particles at the detectors, measured with GPS receivers, are used to find the arrival directions of events to within ~1˚.

By studying the distribution of the arrival directions of more than 30,000 cosmic particles, the Auger Collaboration has discovered an anisotropy, significant at 5.2 standard deviations 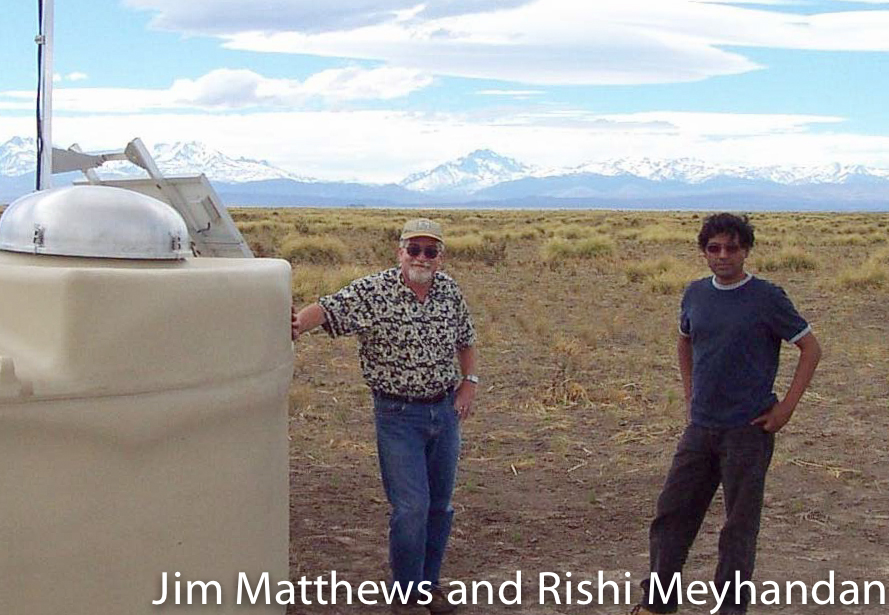 (a chance of about two in 10 million), in a direction where the distribution of galaxies is relatively high. Although this discovery clearly indicates an extragalactic origin for the particles, the actual sources have yet to be pinned down. The direction of the excess points to a broad area of sky rather than to specific sources as even particles as energetic as these are deflected by a few 10s of degrees in the magnetic field of our galaxy. The direction, however, cannot be associated with putative sources in the plane or center of our galaxy for any realistic configuration of the galactic magnetic field.

Cosmic rays of even higher energy than the bulk of those used in this study exist, some even with the kinetic energy of a well-struck tennis ball. As the deflections of such particles are expected to be smaller, the arrival directions should point closer to their places of origin. These cosmic rays are even rarer, and further studies are underway using them to try to pin down which extragalactic objects are the sources. Knowledge of the nature of the particles will aid this identification and work on this problem is targeted in the upgrade of the Auger Observatory to be completed in 2018.

LSU Physicist’s Research Reveals that the Most Energetic Particles in the Cosmos Originated from Outside our Galaxy. http://www.lsu.edu/physics/news/2017/09/jim_matthews_particles.php

Science: New evidence that the highest energy cosmic rays come from beyond our galaxy

Scientific American: Didn't Scientists Already Know Where Cosmic Rays Come from? -Some kinds, yes, but astronomers now good evidence that the most powerful and mysterious ones come from far beyond the Milky Way

NBC News - MACH: New Research Suggests Cosmic Rays Hail From Galaxies Beyond the Milky Way - Their study might be the biggest clue we have as to the origin of these high-energy particles.