BATON ROUGE –LSU Department of Physics & Astronomy Professor Jerry Draayer has been honored with the rank of "Fellow" by the American Association for the Advancement of Science, or AAAS, the world's largest scientific organization. 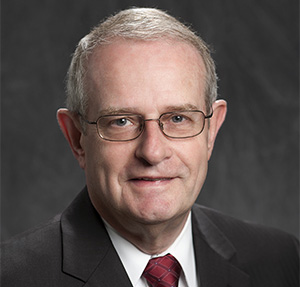 Draayer, Roy P. Daniels Professor of Physics and LSU Distinguished Research Master, was named for his distinguished contributions to the field of Nuclear Theory and Computational Physics, particularly for work in the area of the structure of atomic nuclei from a first-principle perspective through modeling and testing the role special symmetries play in these systems on some of the worlds most powerful supercomputers.

“We are very excited to learn that Professor Jerry Draayer has been named as one of the 2016 Fellows of the AAAS,” said John DiTusa, professor and chair, LSU Department of Physics & Astronomy.  “This is a prestigious and well deserved honor for Professor Draayer who over his career has continuously served the students, faculty, and staff at LSU with enthusiasm and skill. Not only has Jerry contributed greatly to the field of Theoretical Nuclear Physics, but he has contributed to the department and the College of Science as chair of the Department of Physics & Astronomy for nine years. In addition, Draayer has contributed to the advancement of science throughout the state through his service at the Louisiana Board of Regents and the nation through his work at SURA. I believe I speak for the entire department in congratulating him on this recognition for his many contributions to science and for his skillful mentoring of undergraduate, graduate, and postdoctoral students throughout his 41- year career at LSU.”

Joining LSU’s faculty as an assistant professor in 1975, Draayer received his Ph.D. in 1968 from Iowa State University. Additionally, he has served as the president and CEO of the Southeastern Universities Research Association, or SURA since 1998. SURA is a consortium of over 60 major research universities that manages the Thomas Jefferson National Accelerator Facility, or Jefferson Lab, for the U.S. Department of Energy. Draayer also served as director of the Office of Federal Programs for the Louisiana Board of Regents. In addition, he served for nine years as chair of the Department of Physics & Astronomy (1985-1994) and as the vice president of LSU’s Faculty Senate.

Election as a Fellow is an honor bestowed upon AAAS members by their peers. The tradition of electing AAAS Fellows began in 1874 to recognize members for their scientifically or socially distinguished efforts to advance science or its applications.

AAAS is the world's largest multidisciplinary scientific society and a leading publisher of cutting-edge research through its Science family of journals; AAAS has individual members in more than 91 countries around the globe. Membership is open to anyone who shares AAAS’ goals and belief that science, technology, engineering, and mathematics can help solve many of the challenges the world faces today. For more information about AAAS, visitaaas.org.

More news and information can be found on LSU Physics & Astronomy website.