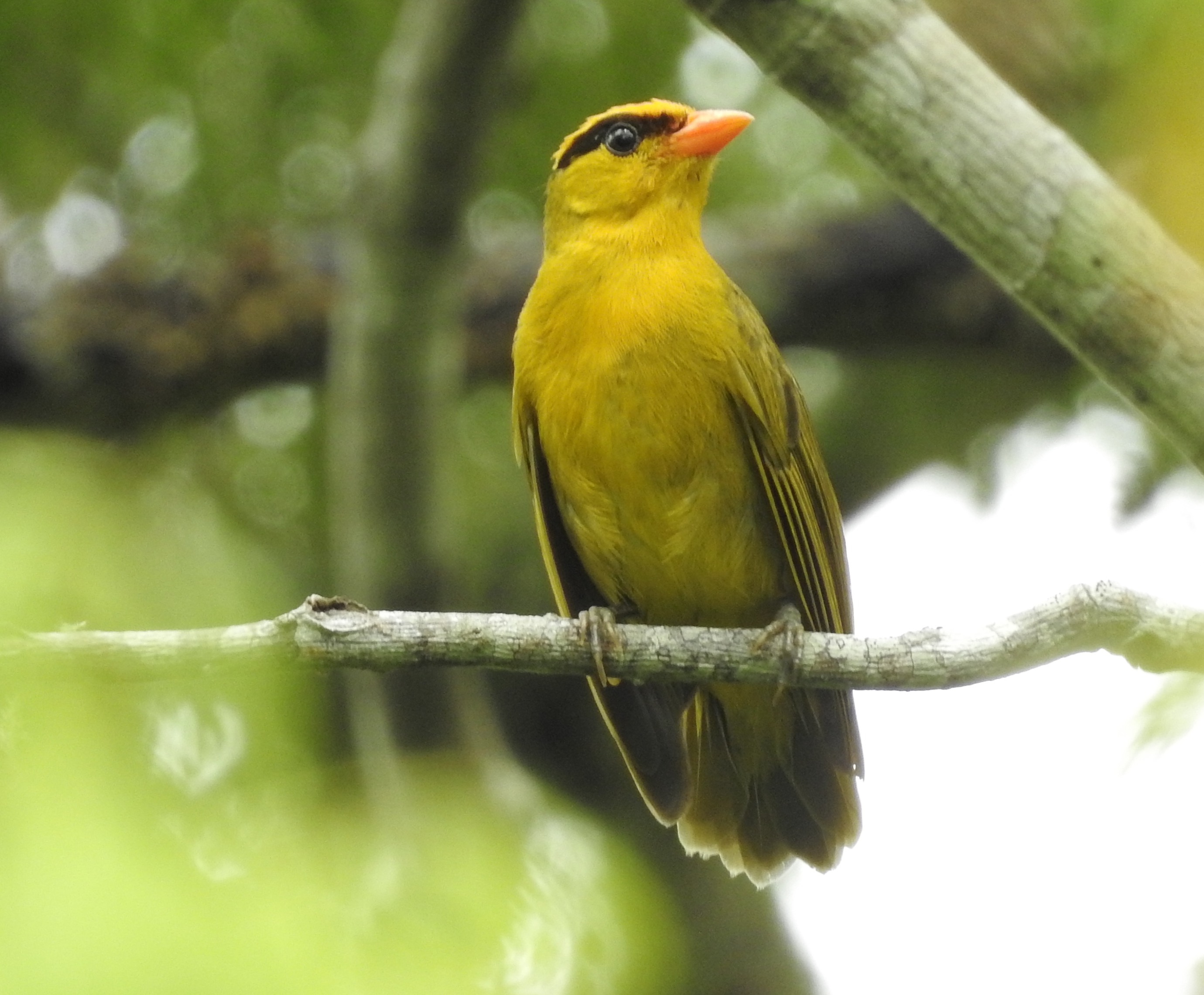 BATON ROUGE—More than two decades after it was first spotted on a bird-watching tour in Peru, a new genus of Tanager, known as Heliothraupis oneilli, or in English the “Inti Tanager,” has officially been described.

In the recently published paper, “A new genus and species of tanager (Passeriformes, Thraupidae) from the lower Yungas of western Bolivia and southern Peru,” Daniel Lane, an LSU Museum of Natural Science research associate who also received his masters from LSU, along with a team of seven other researchers, detail their latest discovery.

Heliothraupis oneilli was first seen by Lane and Gary H. Rosenberg, who received his Master's in ornithology from LSU. Lane first heard the bird’s song, thinking it was likely a more common species, but when he saw it, it just didn’t add up. What followed was more than a decade of determined searching and data collection from Lane, Rosenberg, and eventually a group of researchers from Bolivia and the US to discover and describe this entirely new bird.

“When Dan and I first laid eyes on this tanager, we both immediately thought it must be a new genus of tanager, which indeed it turned out to be,” Rosenberg said.

In 2004, Lane collected the first specimen of this species, but the description was still hamstrung by a lack of genetic material to sort out just what this new bird was, and what it wasn’t. It was not until 2011, when Frank Rheindt, then a post-doc at Harvard University’s Museum of Comparative Zoology and now a researcher at the National University of Singapore, discovered a breeding population in Bolivia that a picture began to develop for Heliothraupis oneilli. 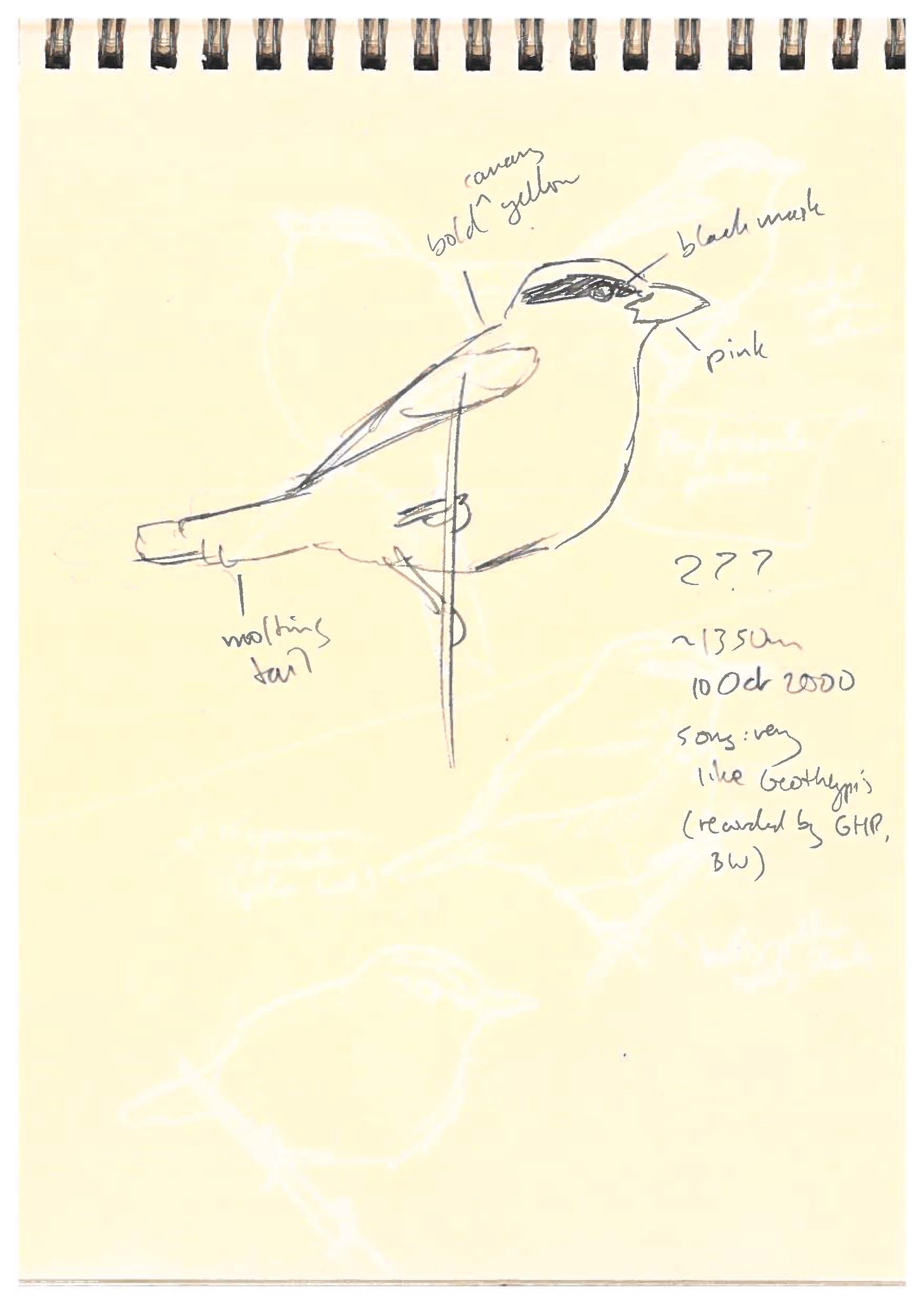 First sketch of new tanager by Daniel Lane in 2000.

The breeding population was found in an isolated habitat on the east side of the Andes mountains that several field ornithologists had visited before, including researchers from LSU. But these prior visits had always been in the dry season when the deciduous forest had shed its leaves and bird activity was low. By comparison, Rheindt visited the same location during the wet season, to find the bird to be locally quite common in the area. It was a matter of being at the right place at the right time. Lane, Rheindt, Ryan Terrill, an LSU PhD student at the time and current postdoctoral researcher with the Moore Laboratory of Zoology at Occidental College, and Jonathan Schmitt, a grad student at the University of New Mexico and now a PhD student at Harvard University, returned in 2012. Lane and Bolivian ornithologist Miguel Angel Aponte returned one last time in 2019 to get more information on the species and acquire the genetic material for phylogenetic studies, allowing the team to figure out what this new bird’s closest relatives are.

Kevin Burns, another LSUMNS alumnus and current professor at San Diego State University—and a world authority of tanager phylogenetics—entered the picture as he and some students placed the new species in the family tree of tanagers. It was that work that made clear this distinctive new bird was best described as a new genus as well as species.

Male Heliothraupis oneilli are canary-yellow birds with a contrasting black stripe on their heads, a trait that has led some birders to christen it the “Kill Bill Tanager” after Uma Thurman’s costume in the Tarantino film. Males also have salmon-pink bills and a bushy crest. Females are primarily yellow with bright orange or pink on their bills but lack the black eyebrow and the crest.

The seasonality of this new species at the breeding site in Bolivia led the team to conclude that it is an intra-tropical migrant, meaning it migrates from between patches of habitat without leaving the tropics. According to Terrill, this is rare among passerines. The Inti Tanager is thought to breed in the deciduous forest at the Bolivian site strictly during the rainy season, which runs from November to March, and spend the dry season dispersed along the lower slopes of the Andes as far west as Manu in Peru, the original site of discovery, occupying bamboo-dominated habitats. 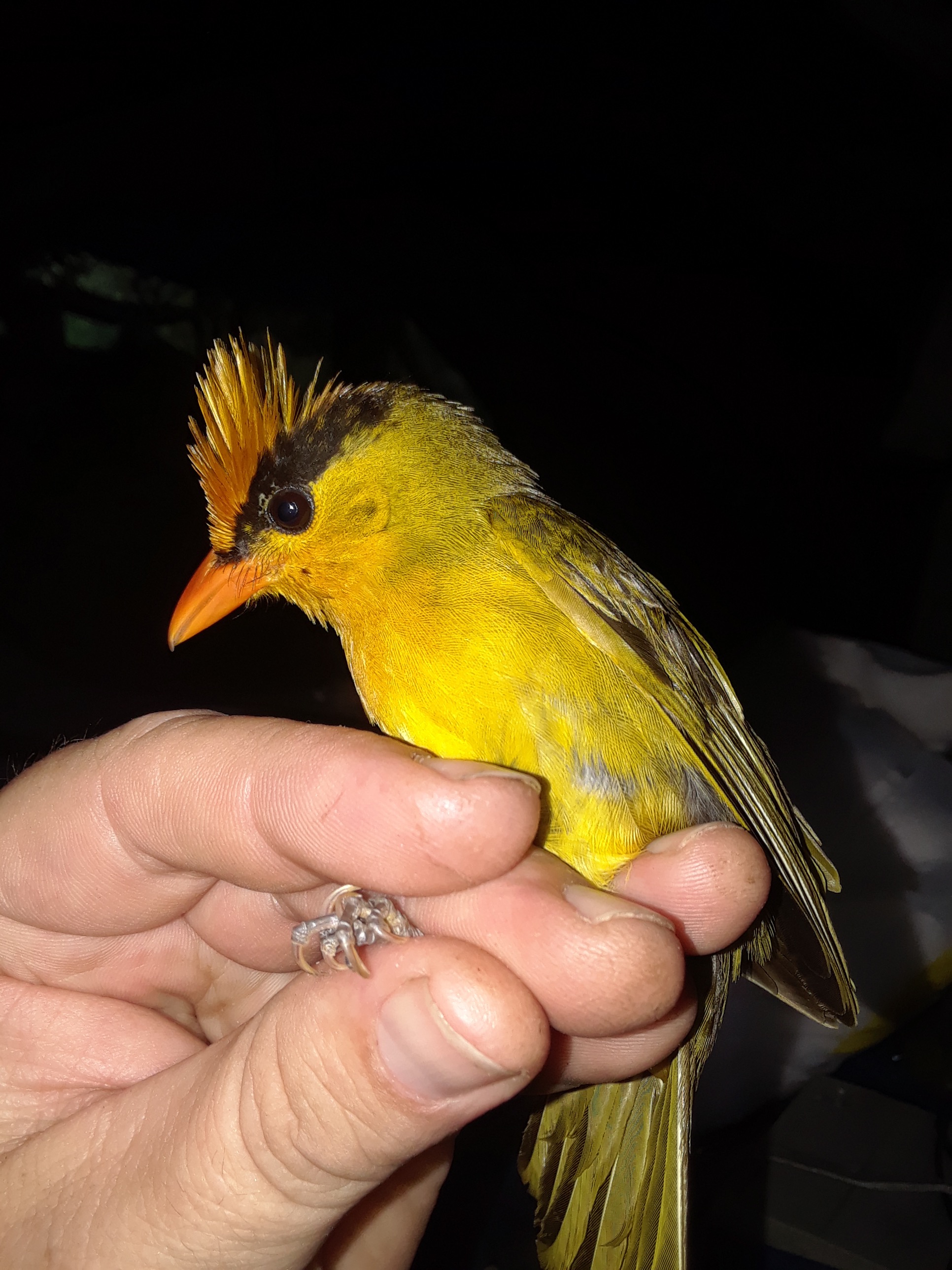 That this discovery led to an entirely new genus is noteworthy: since the '60s, fewer than 10 new genera of birds have been described.

The new species’ scientific name, oneilli, honors John O'Neill, who helped establish the now world-class South American ornithology program at LSUMNS through his pre-grad and graduate explorations in Peru, and acted as Director and Curator of Birds briefly between the death of museum founder George Lowery and the hiring of J. V. Remsen, Jr. O’Neill has mentored several generations of LSUMNS students, including Lane and Rosenberg.

“John is an amazing ornithologist and had a huge impact on both mine and Dan’s time at LSU—especially in designing and implementing the research expeditions that both of us participated on,” Rosenberg said. “Without John, I am not sure that LSU would have the reputation of being at the forefront of discovery in the Andes of Peru and Bolivia. I can’t think of another person who I interacted with during my time at LSU who is more deserving of having a new species of Andean tanager named after him than John.”

The name of the new genus, Heliothraupis, comes from the classic Greek word Helios, meaning “sun,” and thraupis, classic Greek for “finch” or “small bird”, but usually restricted to tanagers in the scientific context. Combined, it means “sun tanager,” and the proposed common name “Inti Tanager” means the same, using the Quechua word for sun: Inti. Terrill said they came up with the name while sitting around a campfire while in Bolivia in 2012.

“This species reminds me of the sun in multiple ways… it often sings through the middle of the day, and so it is out in the sun,” he said. “It looks like a little sun, and it's in the open sunny habitat. So I thought,  some derivative of ‘sun tanager’ would be cool.”

The common name, Inti Tanager, derives from the same descriptor, as Inti is the name of the Sun god in two indigenous languages of the region, Quechua, the still-spoken language of the Incas, and Pukina, a pre-Incan language spoken by the Kallawayas people that inhabited this region before being subsumed into the Incan empire.

Paper Link: A new genus and species of tanager (Passeriformes, Thraupidae) from the lower Yungas of western Bolivia and southern Peru