A Sense of Home: Study Abroad As a Moveable Feast

As I walked through the quad with friends on a balmy game day afternoon, I couldn’t imagine being anywhere else other than this place; with anyone else other than these people; or being anyone else other than myself as I was then. In moments like those, under the lofty limbs of the oak trees and amongst the throngs of tailgaters, I felt at home; cohered by the arms of the sunlight trickling through the branches. Through my years at LSU, I’ve come to learn that each semester on campus brings with it its own unique indicators of the seasons. I’ve also grown up living within the natural clockwork of Louisiana’s seasons; influenced by food, sports, and festivals. From the shortened, drowsy days of fall, to the blooming azaleas, parades, and crawfish boils of spring; we in Louisiana live the sense of season.

When I decided to apply to a study abroad program for the spring semester of 2020, I hadn’t made the decision lightly. In fact, I almost hadn’t made it at all. For the first time in my life I’d be missing an entire season. Though my family and friends all encouraged me to go, I couldn’t bear the thought of being separated from them or my home for very long. 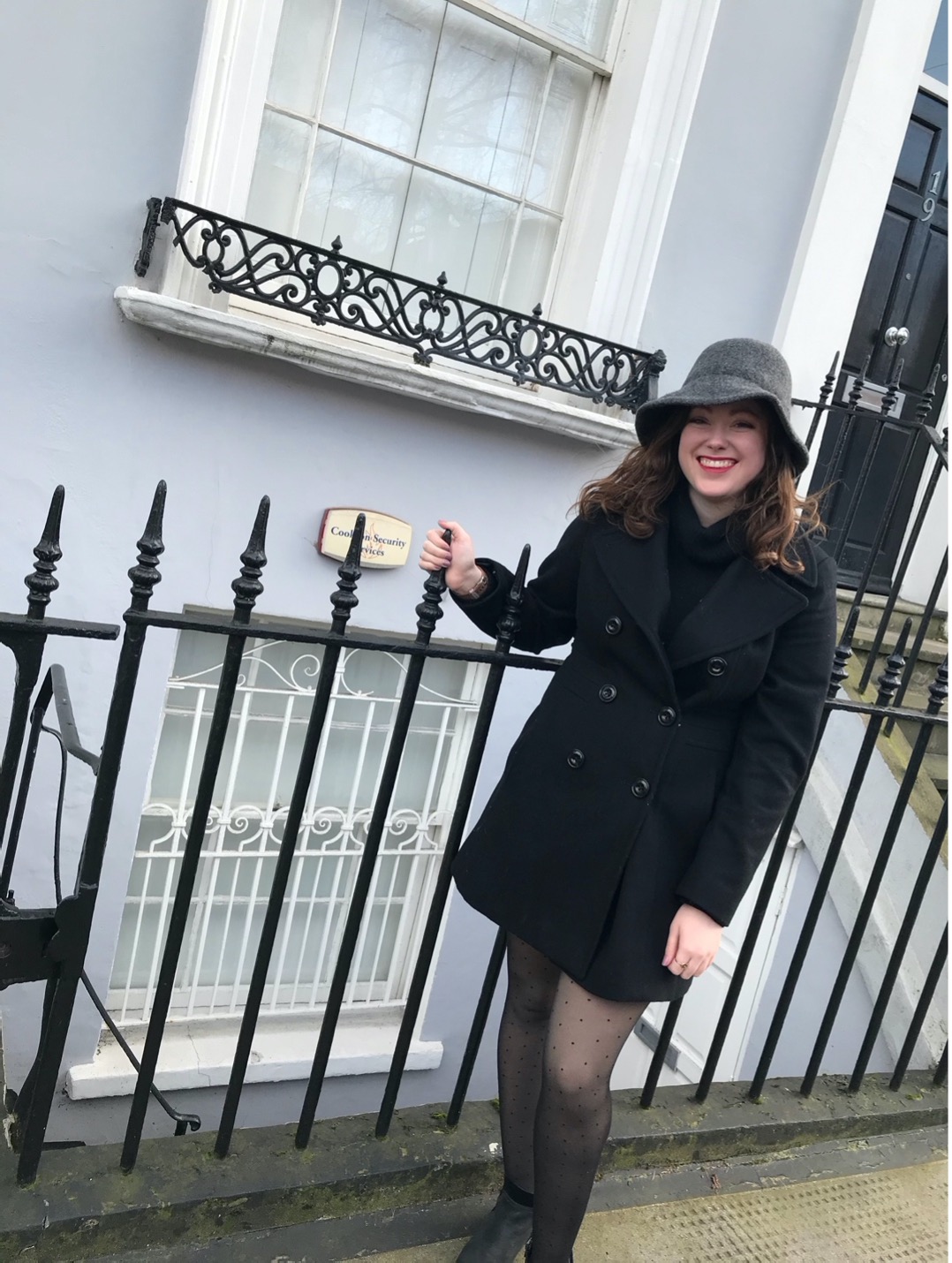 All of this changed when I actually began looking into the programs and happened upon the University of Roehampton ISEP Exchange program in London. After seeing pictures of the school and learning more about it, I knew that there was no other option for me. From the unique courses it offered in my fields of study (History and English Literature), its proximity to Central London, and its beautiful campus, I was entranced. I applied with only a few weeks left until the internal application deadline. When I received the acceptance email in October, I couldn’t have been more elated. After the initial elation, though, came the doubts and worries about whether I would accept, and whether I had made the right choice.

In deciding to attend the program, I decided to take a chance on the transformational reputation of study abroad because I believed in the sense of self that lay somewhere in the future and knew that I would never have the opportunity to travel in such an unencumbered manner again. Those nerves transformed into excitement after I connected with three other girls from LSU going on the same program and joined a Facebook group with other exchange students. When Olivia, one of the students from LSU traveling to Roehampton who would become one of my closest travel companions, stayed up half the night to book Harry Styles tickets with me in November, it cemented the actuality of the trip. 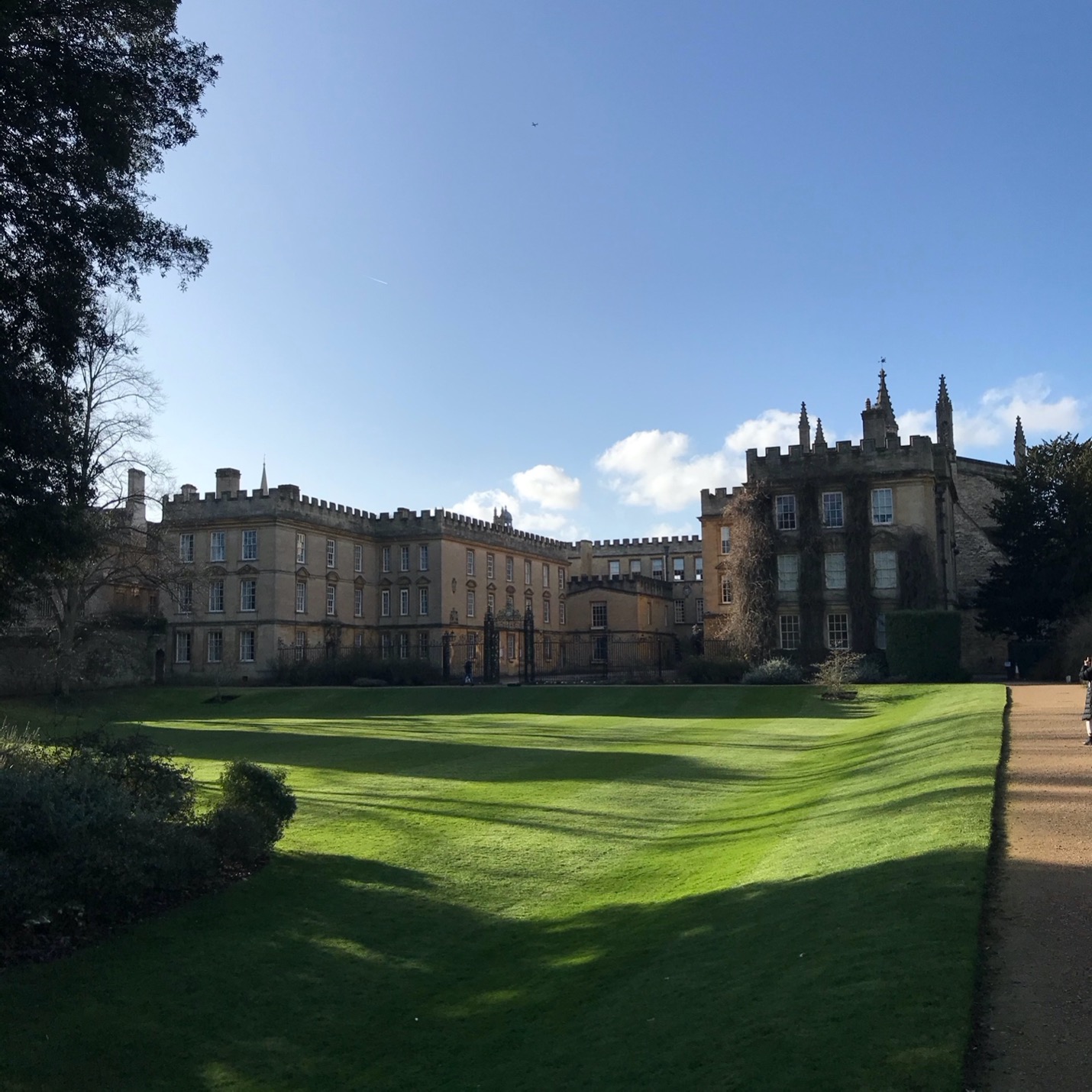 Before I knew it, the final weeks of January had arrived, and it was time to start my journey. It was heartbreaking to leave my family at the airport in Louisiana, but when my new friends and I found ourselves facing Roehampton’s library around ten hours later in London’s characteristic droll drizzle, we felt the start of something new; akin to the initial rush of the tube as it departs from a station. Adjusting to another culture and settling into campus life took some time. For starters, I had three three-hour-long lectures on Mondays and Tuesdays and had the rest of the week free to study and explore. Having this sort of idle time available was jarring at first, coming from LSU’s typical five class setup with certain classes repeated on  Mondays, Wednesdays, and Fridays and others on Tuesdays and Thursdays each week; however, it allowed me to form my own schedule that combined exploration with my academic studies. My friends and I spent our days studying in the library, traveling to central London (conveniently around 20 minutes away by combining a bus and tube route), and exploring the local parks and boroughs.

Our home at Roehampton also became a launch point for day trips to places such as Oxford and the Harry Potter film studios, and gave us access to historical sites such as the Tower of London, (free!) museums such as the Victoria & Albert (V&A) museum of the arts, and, my personal favorite, the ability to appreciate the residences of historical figures through finding blue plaques scattered on buildings throughout the city. Alongside the access it gave us to various local towns, living in London offered the ability to travel to other European countries relatively quickly and inexpensively. For example, during our reading week (a week-long break early in the semester intended to give students time to catch up on schoolwork) my friends and I chose to spend the week in Paris, and later made plans for more extensive travels for a spring break that was, ultimately, never to be. Although we relegated our travels primarily to London, my friends and I forged close bonds through experiencing many new things and places together. 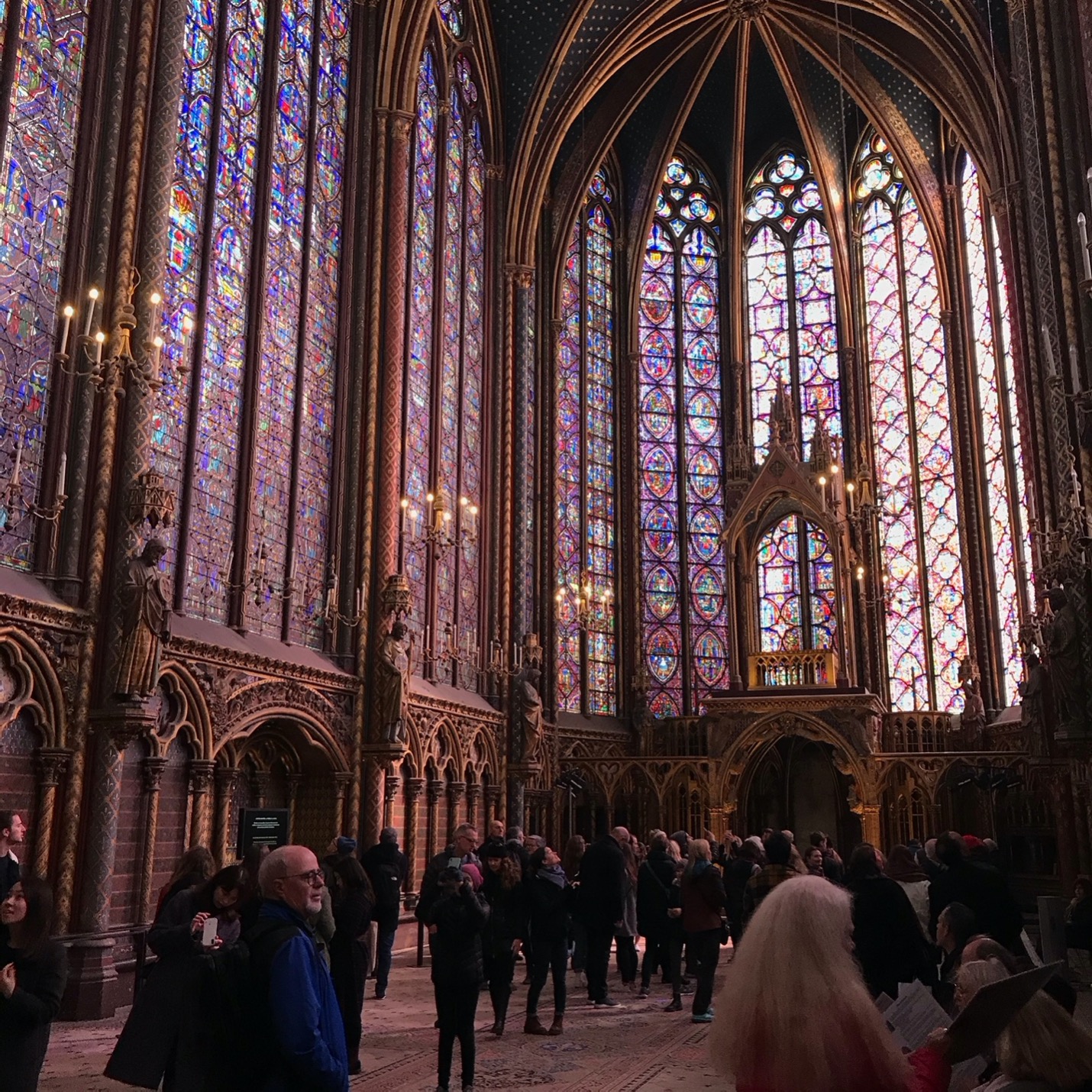 Stained-glass chapel of Sainte-Chapelle in Paris

Despite all of the excitement of travel, I still found myself homesick for Louisiana. With the approach of Mardi Gras in late February, this homesickness grew its most intense. A few days before the holiday, my friends and I traveled on a whim to the nearby town of Kingston to explore. As we made our way toward a nearby bus stop after walking and eating dinner, through sheer serendipity we passed a New Orleans-inspired restaurant called Poor Boys. Needless to say, on Mardi Gras Day we returned to enjoy the restaurant and its wonderful food and ambiance that reminded us of home. Hints of home were yet to be found elsewhere. A few weeks later, as we danced at the old-school Jazz club Caveau de la Huchette in Paris, the band struck up “Do You Know What It Means to Miss New Orleans” and made me realize that indelible tethers had connected us to home all along, even when it seemed as though they had disappeared.

When Paris locked down a few days after we had left and various attractions and museums continued to close across London, it became clear that the situation surrounding COVID-19, now declared a pandemic, was becoming more dire. Once my friends and I realized that our time at Roehampton was coming to an abrupt close, we felt the push to walk and roam through parks and places that we hadn’t explored earlier, even if alone. Walking city sidewalks on my own felt surreal, but in taking in the natural beauty of places like Bishop’s Park filtered through the late afternoon sunlight, I was enclosed by a particular kind of solitude that didn’t possess the bitter tinge of loneliness. Choosing to take a long bus ride atop a double-decker into South Kensington one last time to meander through the V&A, I was taking my final glances of the pieces of which I had composed my home for the past two months. 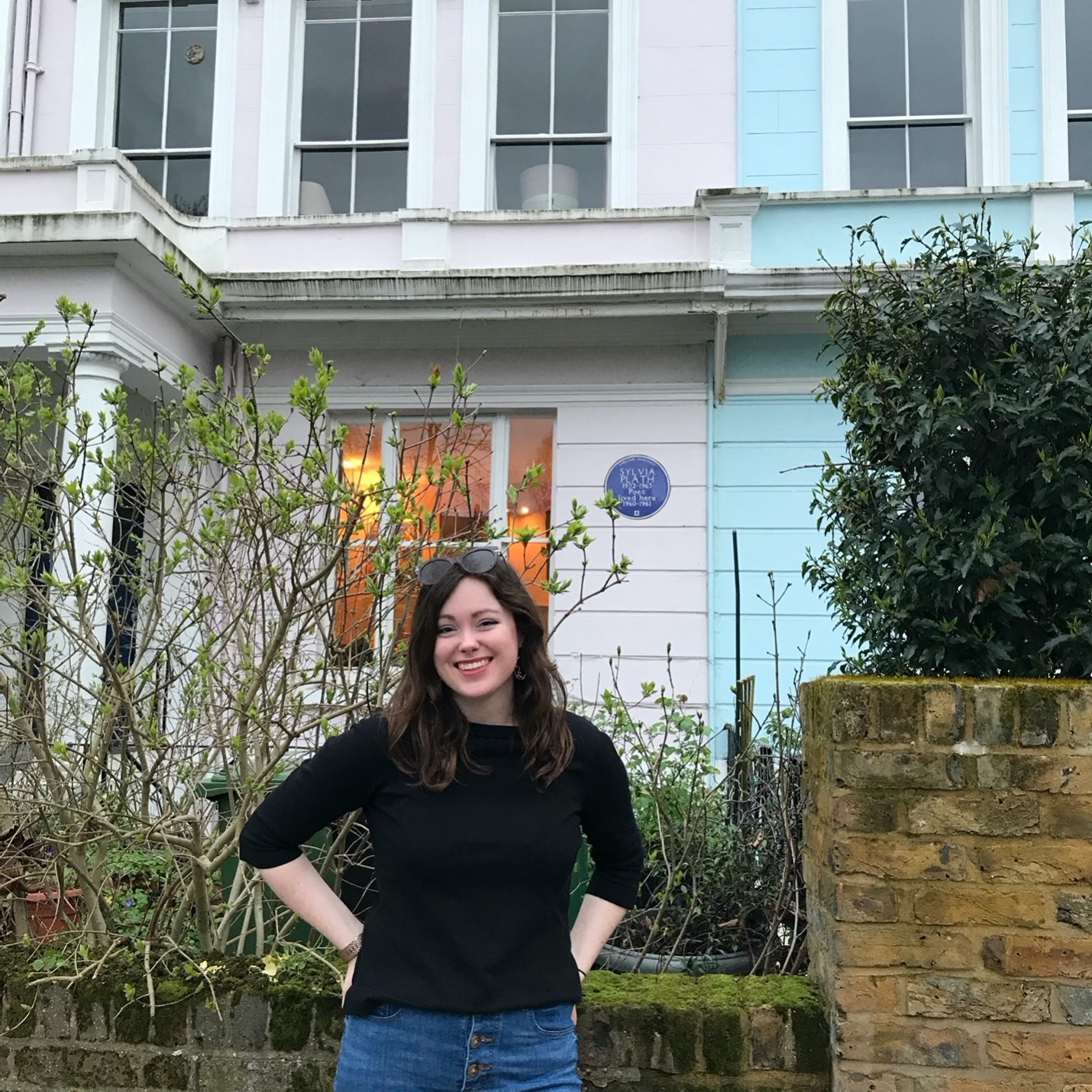 As we returned to the States, the initial homesickness we had each felt upon leaving reversed its course: we missed the home that we had made for ourselves in London and missed the patterns of life there. That’s not to say that the memories of the semester remain in the past: each day, I am reminded of the many experiences we shared together and of the self I became because of that time, because of that place, and because of the wonderful people that I traveled with. Through trips with my friends and through independent travels within the city, I was able to know London for its many boroughs and towns, and as something more multivalent than a prolific name.

What my experience abroad afforded me—outside of the amazing memories, beautiful pictures, and an appreciation for other cultures—was a sense of independence and self-assurance that I didn’t possess before and couldn’t have gained otherwise. If there’s anything I could go back and change, it would be to live with that sort of abandon from the beginning. In closing, even if you’re uncertain of whether you want to study abroad, give the programs a glance—what you find might surprise and inspire you.

Ashley Gilly is a senior at Louisiana State University studying English Literature, History, and Spanish. When she’s not reading, writing, or interning with LSU Press, she spends her time daydreaming about travel—a pastime which this blog post has greatly enabled. You can find her at her blog, Eager Reader, which she created for an assignment at Roehampton but hopes to revamp in the near future.

This post was originally a part of our 2021 Women's History Month celebration where we invited female students who had studied abroad to share their stories.