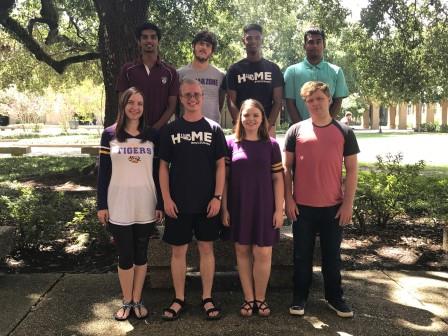 The Mixon Lycaeum Speech and Debate Team boasts a proud tradition of cutting edge performances, elite debate, and professional development within the world of intercollegiate competitive Forensics. We are a rare program in that we successfully compete in both Individual Events and multiple forms of Debate. On the Debate end, we field competitors in both International Public Debate and National Parliamentary Debate. Our students have also garnered regional and national attention with competitive performances and speeches in all eleven American Forensics Association Individual Events. These events include the oral interpretation of literature, memorized public address, and limited preparation speeches. We compete in the 6th District of the American Forensics Association which includes some of our favorite rival schools such as the University of Alabama, Ole Miss, and the University of Florida.

The team is named for Dr. Harold Mixon, who was recruited by the legendary Waldo Braden to teach classical rhetoric in the 1960's. Mixon had a degree in Theology as well as a PhD in Communication and he was a master of both Greek and Latin. During the 1970's he secured outside funding for the debate team and laid the granite foundation of its success.  For many years he recruited excellent debaters from his argumentation class and under his direction, teams traveled all over the nation and competed against Air Force, Georgetown, Harvard and other national debate powers. Now in retirement, Mixon still follows the fortunes of his beloved debate squad.

The LSU Speech and Debate Team is open to all undergraduates regardless of prior experience or major. Students must be in good academic standing and making satisfactory progress towards the completion of their degree. Though previous experience is certainly helpful, it is not necessary. As long as you have the willingness to learn, we will gladly teach you skills and techniques. Team members must attend weekly meetings. Print a membership application. Members are encouraged to enroll in CMST 2200-02 to receive course credit for participating on the team.

Contact either our Director of Forensics Joquina Reed or Graduate Assistant, Anna Campbell, to obtain the necessary authorization for enrollment .

Find out more information on DSR-TKA