Please join the Ethics Institute on Tuesday, February 15th for a film screening and discussion of the documentary "Boys State." The screening will take place from 4:00 - 6:00 p.m. in Coates 143 and Dr. Chris Wells (Philosophy) will moderate a discussion immediately following the film.

Boys State follows over 1,000 teenage boys in Texas as they take part in a mock democratic process to form a state government from the ground up. Participants are separated into competing parties and must form party platforms, elect representatives, and ultimately select a governor for their new state. The film examines the democratic process as it plays out over a week, exemplifying trends in contemporary American politics and democracy along the way. Boys State provokes the viewer to consider what a healthy democratic process looks like and whether American democracy more generally is in a state of good health, contrast the role of personality and character in our political process, question whether American democracy prioritizes ideas and the better argument or rhetorical persuasion, wonder why honesty and sincerity might now play a downsized role in American politics, reflect on whether and why our politics incentivizes divisiveness, ask whether the core aim of our political culture is the good of our communities or defeating one's opponent, and examine the role masculinity plays in shaping American politics. If American democracy is an experiment and state governments are its laboratories, what do the results seen in Boys State show us about ourselves? 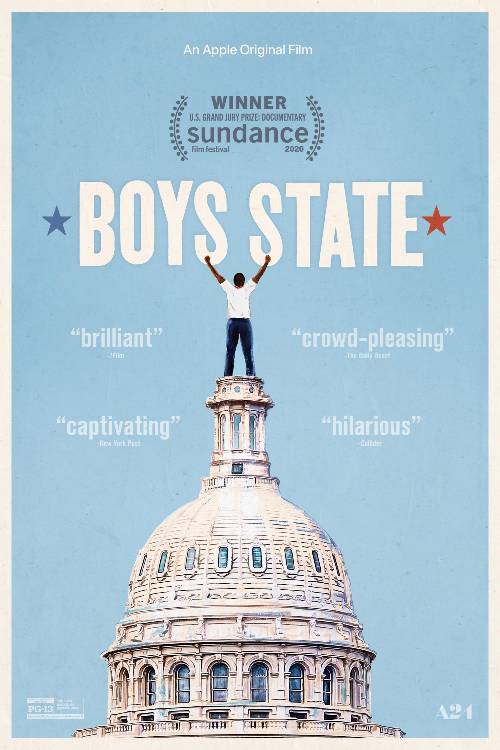