An incomplete understanding of:

Experiments Exploring Scale Effects On The Mechanical Strength of Interfaces 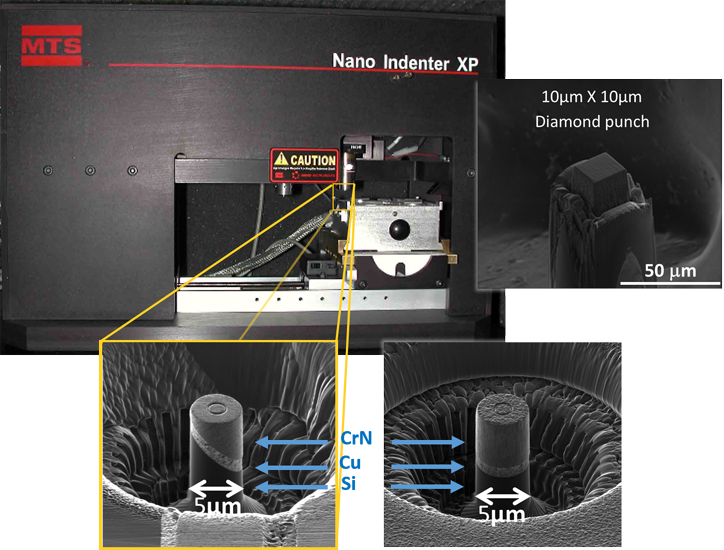 Results if confined plastic flow experiments of Cu films in shear and normal compression reveal that flow stress is independent of Cu film texture (as-deposited specimens), and that changes in microstructure change both the flow stress and its film thickness dependence. Disagreement between data and present Strain Gradient Plasticity (SGP) models calls for SGP model improvement and more experiments from single to poly-crystals with controlled grain size. 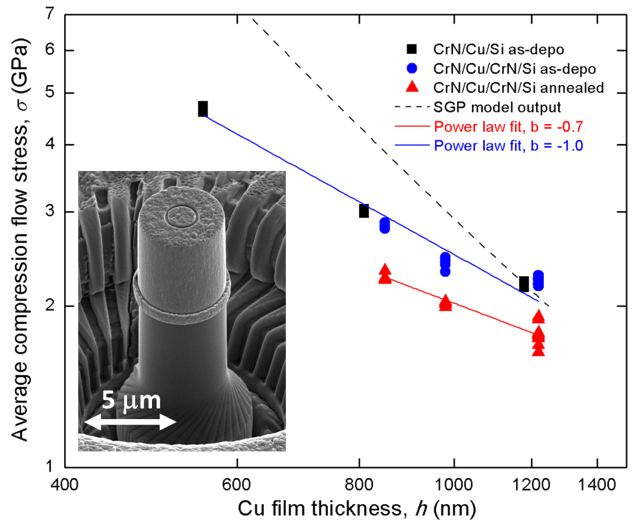 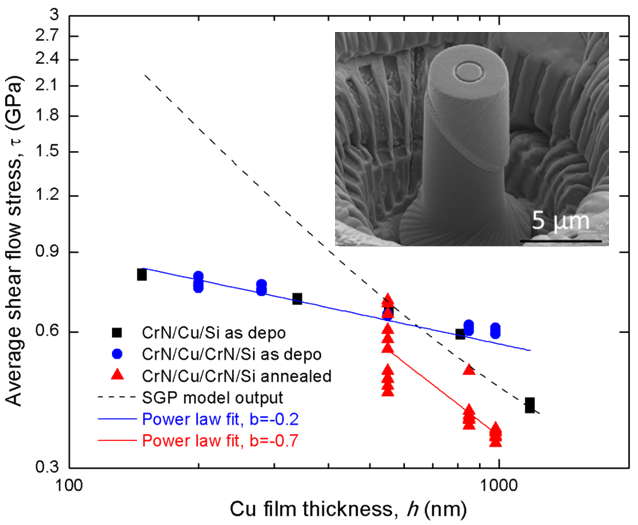 The structure of the interface is studied, and its response to shear loading is also considered by subjecting the bicrystal to a pure shear loading (top-left).

It is demonstrated that the structure of the Misfit Dislocation Network (MDN) depends on the orientation of Ti in the crystal structure.

MD simulations on the semi-coherent Ti(0001)/TiN(111) interfaces show that presence of the metal/ceramic chemical interface leads to mechanically weaker metal layers close to, but not at, the chemical interface (bottom).  Interfacial shear failure is associated with the motion of the MDN with low shear strength. 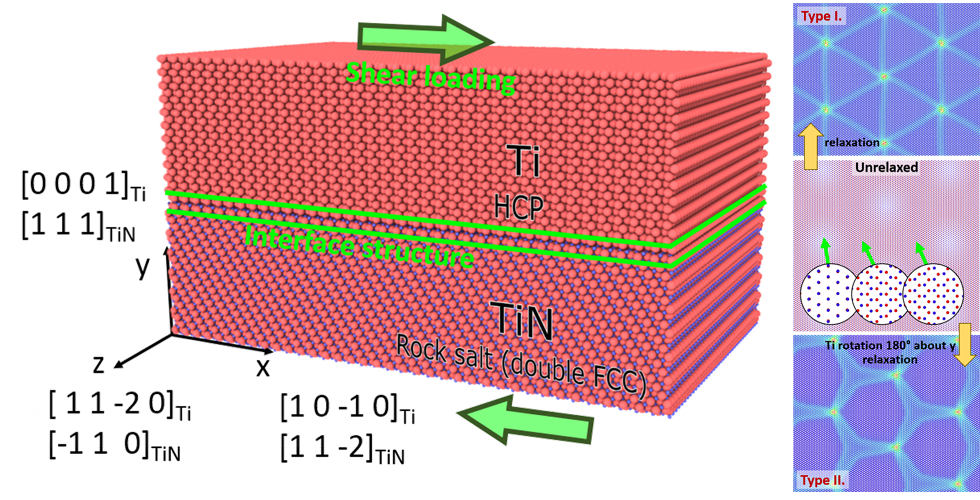 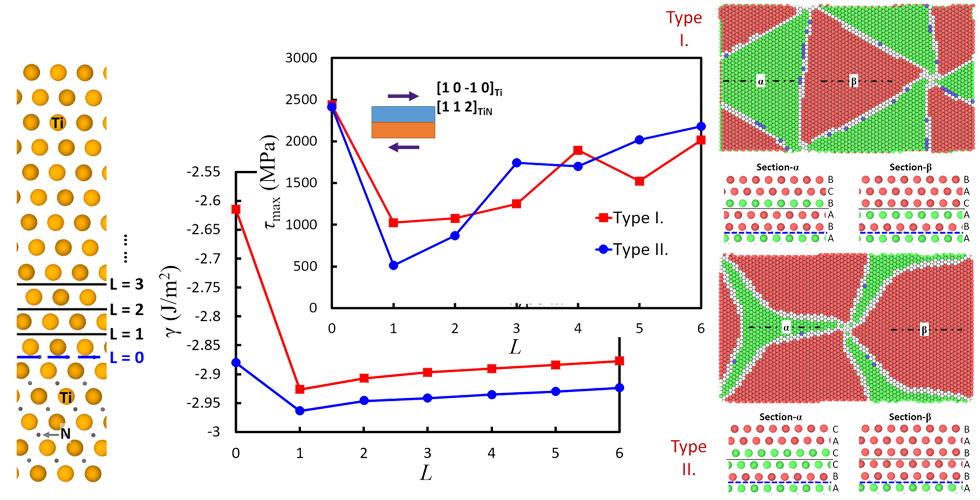 DFT calculations of the Work of Adhesion (WoA) for the fully coherent Ti(0001)/TiN(111) system indicate that cohesive strength of Ti (0001) planes close to the Ti/TiN chemical interface is below that for bulk Ti (top).

DFT calculations of the Generalized Stacking Fault Energy (GSFE) surface for the fully coherent Ti(0001)/TiN(111) system show that the weakest interfacial shear strength occurs AWAY from the true chemical interface. The smallest variation in GSFE occurs when L = 3, smaller than in bulk Ti. Preliminary results show that Ti/VN has a smaller variation in GSFE than Ti/TiN. This remains to be tested experimentally.