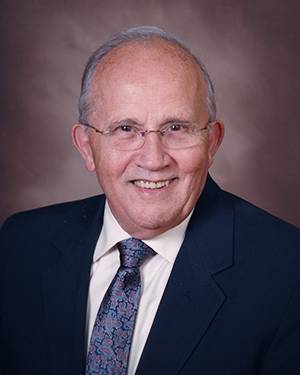 Professor Zganjar remains semi-active in research as a member of the experimental nuclear/experimental astrophysics group at LSU. His major interest has involved the study of the fundamental structure of the atomic nucleus, with an emphasis on nuclei that lie farthest from beta stability. He has also been active in experiments directed at fundamental symmetries, such as those involving tests of the Standard Model using superallowed beta decay. His long-standing program in experimental nuclear spectroscopy was largely conducted at the Holifield Radioactive Ion Beam Facility (HRIBF) in association with the University Isotope Separator at Oak Ridge (UNISOR) consortium. Professor Zganjar has designed and constructed highly specialized spectrometers and spectroscopic equipment to conduct his research, and to facilitate the research of his colleagues. He has been a principal collaborator on the design and construction of ORISS (Oak Ridge Isomer Spectrometer and Separator), which has been moved to the National Superconducting Cyclotron Laboratory (NSCL) at Michigan State University for eventual use at the Facility for Radioactive Ion Beams (FRIB) under construction there.

The study of the atomic nucleus is essentially the study of a many-body system in which the particles are limited in number, interact between themselves by a short-range force, and are governed by the laws of quantum mechanics. Because of this, the nucleus occupies a unique position within the hierarchy of many-body systems. Its main excitations are well defined and the properties of those excitations are readily measured. From an experimental point of view, the main advantage to studying the many-body problem via the study of the nucleus is that the parameters controlling the nuclear excitations can be varied by going from one nucleus to another. In order to accomplish this, however, one must venture far from the line of nuclear stability (Z vs. N). This is done by creating new, hitherto unstudied nuclear species, and is most readily accomplished at a radioactive-beam facility. While the main emphasis of Professor Zganjar's program has been the study of fundamental nuclear structure, and in more recent times, nuclear astrophysics; parts of the program have focused on aspects of fundamental symmetries.