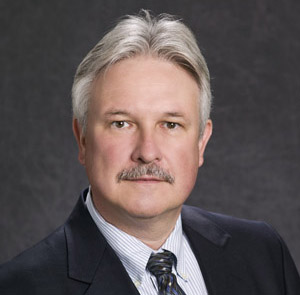 Professor of Physics and Director of CAMD

My research interests are focused on the application of synchrotron radiationto study single-crystal and thin-film surfaces. These techniques can be profitably applied to many different materials of fundamental scientific and technological interest, ranging from high-temperature superconductors, modified magnetic materials, metal-on-metal catalysts, and metal-semiconductor or metal-superconductor interfaces.

There are a number of surface-sensitive experimental techniques that I am interested in implementing that use synchrotron radiation. The primary technique is photoelectron spectroscopy. This has been an invaluable tool in studies of the electronic structure of semiconductors and has recently played a similar role in studies of high-temperature superconductors. Using these techinques, one can map out band structures, obtain information on chemical configurations, bond morphologies, etc.. A number of other spectroscopies will be used in conjunction with photoemission, including photoelectron diffraction, near-edge absorption measurements, and studies of desorbing species, including ions, metastables and neutrals. All of these techniques give complementary electronic and geometric structural information and will be brought to bear on solving the problems involved with the materials of interest.

I am also interested implementing many of the experimental techniques available to the surface scientist, including Auger electron spectroscopy, LEED, ESDIAD, etc., where the results from these studies are pertinent to the problems of interest.

In addition to expanding my research on oxides, semiconductors, and superconductors, I maintain an interest in a broad variety of physical problems ranging from problems of technological interest to those of the most fundamental importance in modern physics. As such, I hope to continue and develop productive interactions with local associates as well as expanding collaborations with both national and international colleagues.