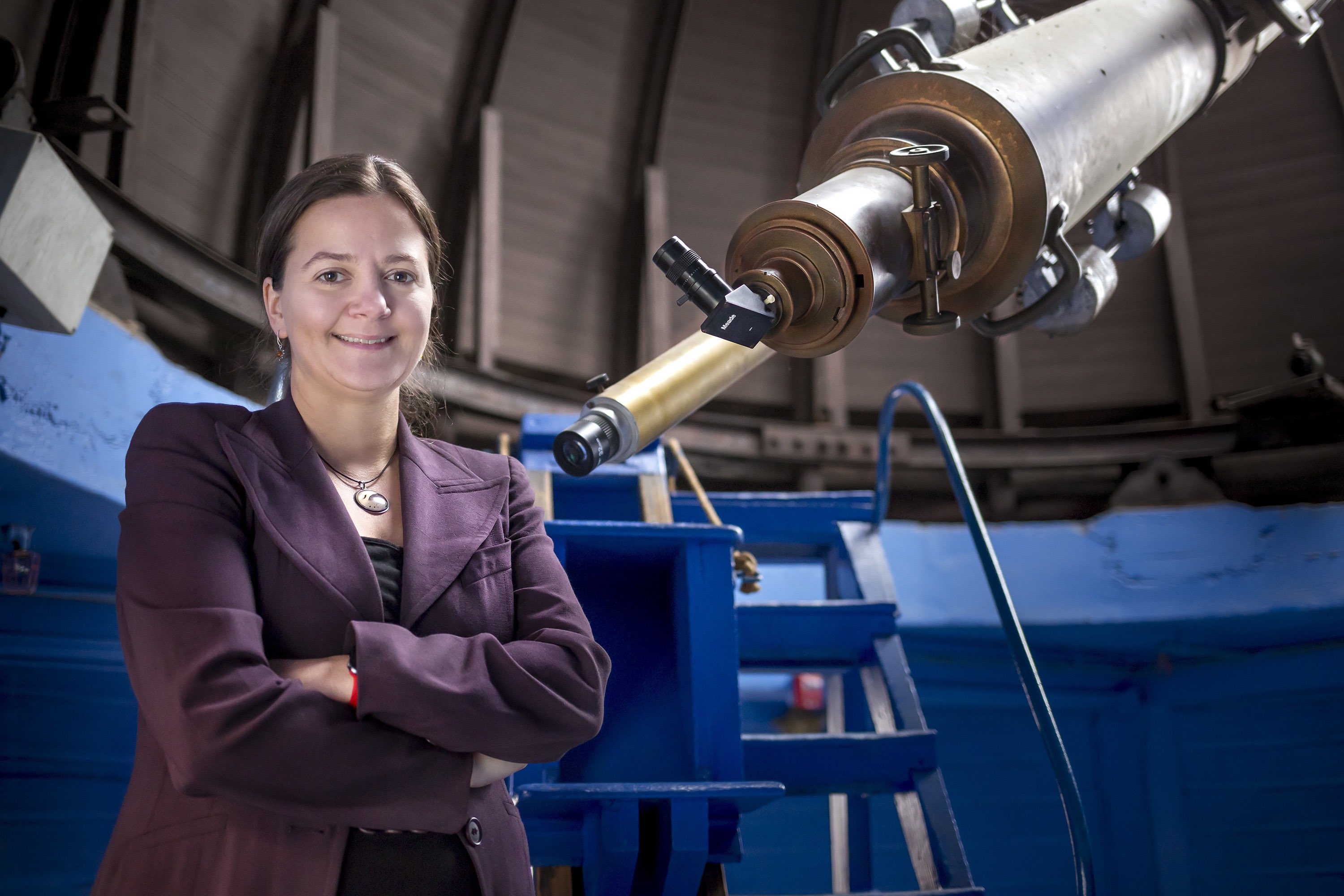 LSU Discover announced Dr. Tabetha Boyajian, assistant professor, Department of Physics & Astronomy as the winner for the 2020 Tiger Athletic Foundation/LSU Discover Undergraduate Research Mentor Award. This award honors faculty who actively and effectively guide undergraduate researchers, helping them to move toward independent work, and encouraging them to publish or present their findings.

Tabetha “Tabby” Boyajian is an astrophysicist on faculty at Louisiana State University interested in the precise characterization of the stars nearest our Sun, with a particular focus on those that host exoplanets. She also is a science team member of the Planet Hunters citizen science project, and the lead investigator behind the infamous star KIC 8462852, known as “Boyajian’s Star” in her honor.

Boyajian was nominated by LSU physics undergraduate researchers Ian Sager and Madison LeBlanc. Here is a selection of quotes from their nomination letters.

“Working with Dr. Boyajian has been a life changing experience,” said Ian Sager. “She’s helped me go from student to researcher, but more importantly, she’s made me actually feel like one. Many professors can give you the technical knowledge you need to grow into your profession, but it takes an amazing professor to make you truly feel like you belong in the field and deserve to be there. Dr. Boyajian has not only made me feel welcome in the field, but she’s made me feel valuable and important as a person too, something I’ve always struggled with. She’s shaped the outlook I have for my future more than any other person has. For all these reasons and more, I feel no professor deserves this award more than Dr. Boyajian.”

“Dr. Boyajian is different from any mentor that I have ever had before,” said Madison LeBlanc. “She truly understands her own research and is remarkable at teaching. The most important aspect of Dr. Boyajian’s mentoring is her insistence that failure is normal. She asserts the importance of pushing through our failures, instead of being negative. Even when I am stuck, Dr. Boyajian finds the things that have been done correctly and then addresses the problems from a positive point of view. She understands if I or anyone else is under stress from other assignments and is adamant that we focus on classes first and work second. One of the most important qualities of Dr. Boyajian is her insistence that we are all adults and that no one is above another person. She maintains that her students call her anything from Tabby, to Dr. Tabby, to Dr. Boyajian. She is humble to the fullest extent and does not believe that she is above anyone. Dr. Boyajian has created a work environment that is always enjoyable to be a part of, and that I am so proud to be able to say that I am a part of.”