Student Spotlight: More than Dust in the Wind 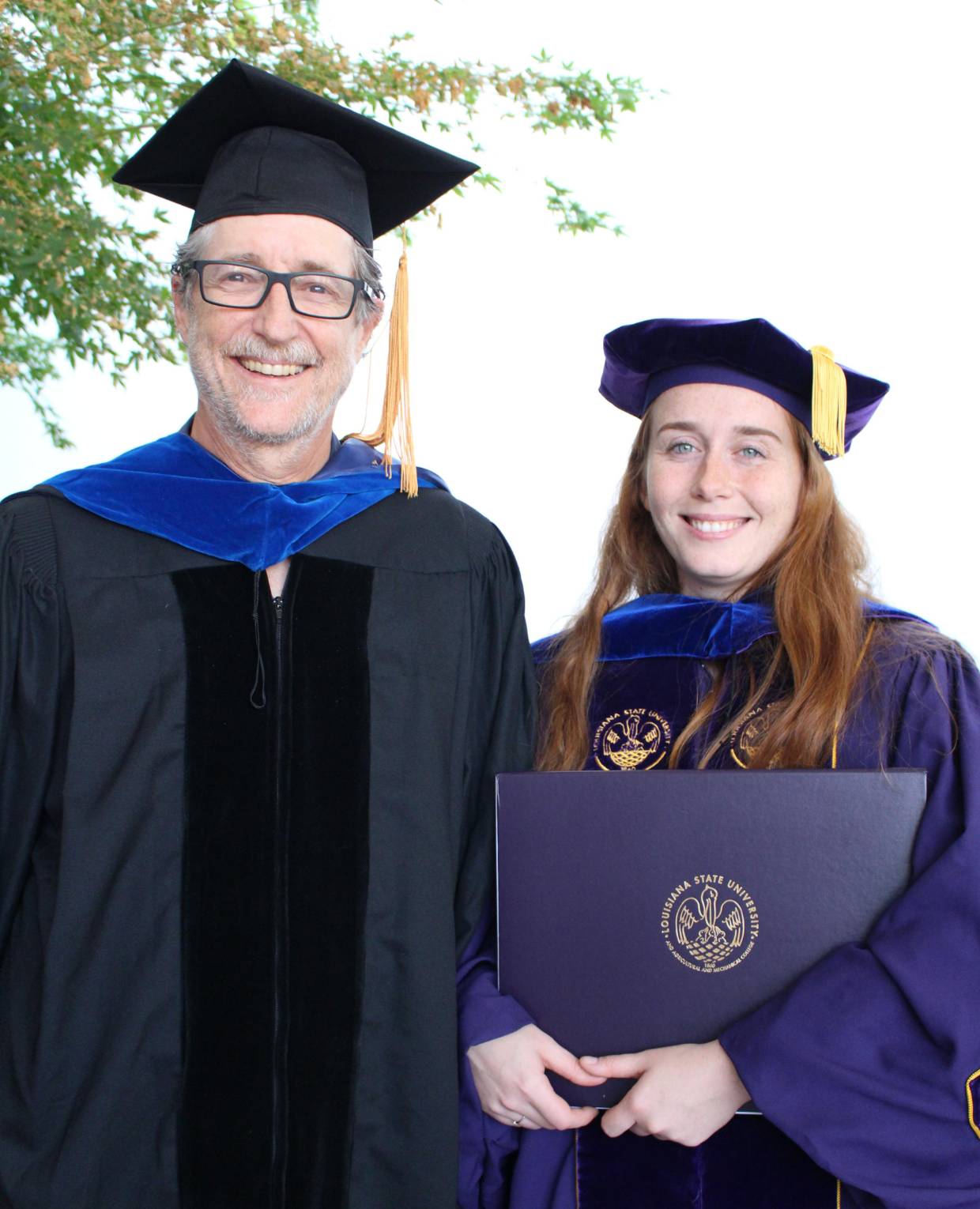 LSU Physics Ph.D. graduate Kelsie Krafton has developed a passion for mentoring others that nearly equals her enthusiasm for science. Her departmental outreach voluntarism stands out against the backdrop of her impressive scholarship, awards, conference abstracts and research visits. Her pursuit of a career in academia has shifted recently into one where she can affect real change.

“I began grad school at LSU in the hope of eventually becoming a professor of astronomy,” Krafton said. “As a graduate assistant, I taught astronomy and physics to nonmajors, and my interactions with these students completely changed my career goals. I grew up in Massachusetts, attended public school, and assumed all the other kids in America were enjoying the same quality of education I was. So, I was shocked to discover how far behind many of my Louisiana students were in math skills.”

Krafton, who was recently named the John N. Bahcall Public Policy Fellow by the American Astronomical Society, said, “I am excited to begin my service as an advocate for all members of the AAS and for the discipline more broadly.”

Her dream was not always to work in science policy, however. Krafton dedicated half a decade to becoming an expert in her field at LSU where she studied “dust production by core-collapse supernovae under the supervision of recently elected AAS Vice-President Geoff Clayton,” she said.

As part of Krafton’s research with her advisor Geoff Clayton, she made long-term observations with the Gemini Multi-Object Spectrograph at Gemini South paired with Spitzer space telescope data, which revealed how core collapse supernovae makes an important contribution to the overall dust budget of the Universe.

Professor Clayton, however, referred to Kelsie’s contribution to the department, calling attention to the “huge positive impact” Kelsie made on the Department of Physics & Astronomy during her time on campus. “While she was writing a great Ph.D. thesis, she was also creating the graduate student organization and being a fantastic TA,” Clayton said. “Kelsie will be missed."

In addition to being the founder of the Physics & Astronomy Graduate Student Organization, Krafton served as a member of LSU Women in Science, a teaching assistant, and a mentor, working with both high school and undergraduate students.

Krafton said, after numerous conversations with students who were ill-prepared for a future in science and math, her “love for research was superseded by a higher calling to address the system that had let these students down.” While attending the AAS Women in Astronomy IV conference, Krafton said she learned about fellowship opportunities that existed to aid in the academia-to-science policy career change, and she immediately shifted her long-term career goals so that she could work on STEM education policy in Louisiana, “a state that is regularly ranked at the bottom in the U.S. for public education,” Krafton said.

“These fellowships are a fantastic resource for early career scientists,” she gushed. “I am honored to serve as the public policy fellow for such a well-respected organization as the AAS.”

Regarding her new role in policy, Krafton said, “I hope to attain a similar level of expertise in my new role, as I keep you informed of changes in policy that affect our community and work to ensure that most such changes are for the better.”

Krafton’s bachelor’s degree in Astronomy and Physics from the University of Massachusetts Amherst (2014) served as an excellent starting point for her interest in star dust. While an undergraduate, she was an active member of the UMass Amherst Astronomy Club, where she first was able to share her passion for education and nighttime meteor shower viewing with others.

During the final year of her studies at LSU, however, Krafton served as Astronomy Ambassador, and she was awarded the Joseph Callaway Memorial Fellowship in April 25, 2016, at the Annual Physics & Astronomy Awards Ceremony.

During the ceremony, Dr. Browne complimented Krafton on her pedagogical skills and implementation, noting that Krafton “has built up a remarkable expertise which she is now passing on to the next generation of grad students. She has applied her well-known organizational abilities to this task, managing the Astronomy TAs, and working to improve the labs and lesson plans.” He continued, “She is also a very good teacher both in class and one to one with the innumerable students that she has worked with over the years. I can’t think of any grad student who has deserved this award more.”