On-line optimization is an effective method for economic improvement and source reduction in chemical plants. On-line optimization uses an automated system which adjusts the operation of a plant based on product scheduling and production control to maximize profit and minimize emissions by providing optimal set points to the distributed control system. 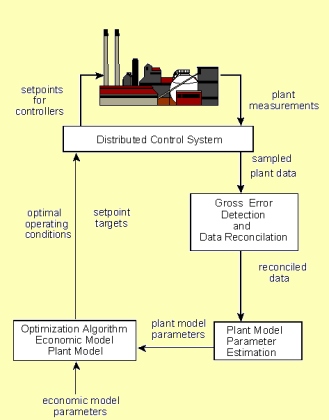 To run the Interactive On-line Optimization System, you must have certain hardware and software installed on your computer. The system requirements include:

To run the Interactive On-line Optimization program, the system requires certain .dll and .ocx files. The installation program copies the required files into the system directory if those files are not available in the system. If older versions of the files exist, then the installation program updates these files. The setup program provides an option to restore the initial .dll and .ocx files in the uninstall procedure. If the destination computer is on a network, the program can be installed only if the user has the permission to install (contact the system administrator).