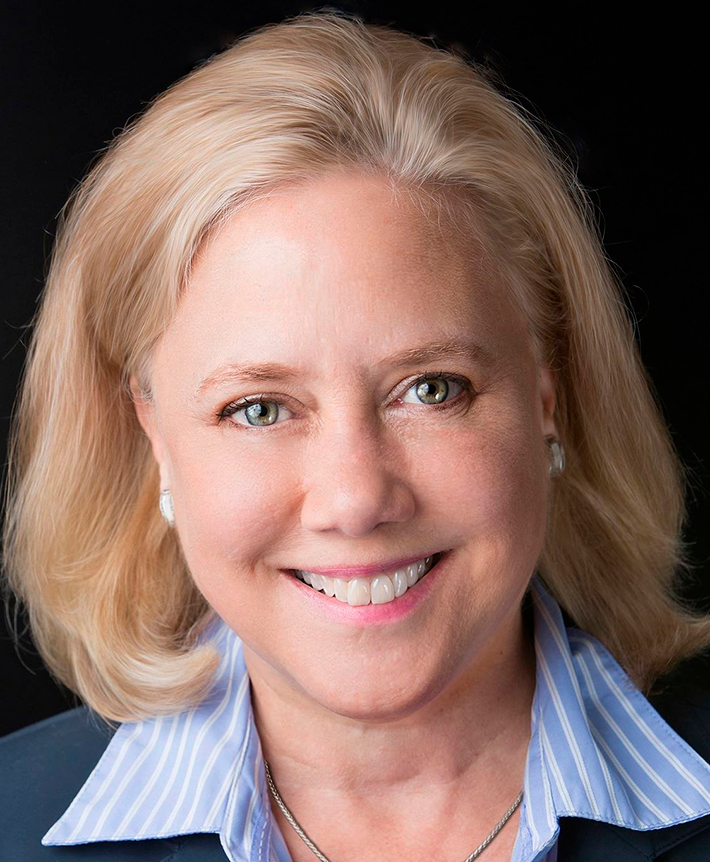 Senator Landrieu served three terms in the United States Senate from 1997-2015. During her distinguished career in the Senate, she served as Chair of the Energy and Natural Resources Committee and the Small Business and Entrepreneurship Committee.

In addition, Senator Landrieu served on the Appropriations Committee for 16 years and served as Chair of the Subcommittee on Homeland Security in the early years of the Department’s inception. She is best known for her work on issues related to energy and coastal restoration and resiliency, including the passage of the landmark Gulf of Mexico Energy Security Act (GOMESA) and the RESTORE Act, the single largest environmental investment in the Gulf Coast in the history of the nation.

When New Orleans and the Gulf Coast were devastated in the aftermath of catastrophic Hurricanes Katrina and Rita, Senator Landrieu led the bipartisan Congressional effort to secure an unprecedented level of federal funding for the area. She also created new policies and guidelines for rebuilding and restoration efforts that have had a lasting impact on responses to natural disasters.

Senator Landrieu is also recognized as a strong and reliable voice for centrist policies and bipartisan cooperation. She was an early member of the Democratic Leadership Council and an active participant in No Labels and Issue One’s ReFormers Caucus. She has received numerous awards for her work on domestic and international adoption and was founder and co-chair of the Congressional Coalition on Adoption, one of the largest and most active bipartisan caucuses in Congress.

Earlier in her career, Ms. Landrieu was elected to the Louisiana House of Representatives where she represented an urban district in New Orleans for eight years prior to serving two terms as State Treasurer. When she was first elected in 1979 at the age of 23, she was one of only 3 women out of 139 members of the Louisiana House of Representatives. This experience shaped her views about equality and opportunity for women and other politically marginalized groups. She used her position in state government to advocate for victims of domestic violence, reform Louisiana’s child welfare and to improve educational education outcomes for children. Senator Landrieu now serves as a Senior Policy Advisor at Van Ness Feldman LLP in Washington, DC, where she advises clients on a wide range of public policy, strategic, and regulatory issues with an emphasis on energy, natural resources, and water infrastructure.

In addition to her position at Van Ness Feldman LLP, Senator Landrieu serves on the Board of Directors for CenturyLink, one of the largest global telecommunications companies operating today. She is also a member of the board for the National Alliance for Public Charter Schools (NAPCS), and National Court Appointed Special Advocates (CASA). Additionally, she currently serves as a fellow at George Washington University’s Graduate School for Political Management (GSPM).Senator Landrieu is a graduate of Louisiana State University (LSU) and holds several honorary degrees from other distinguished universities, including Xavier University of Louisiana and Loyola University in New Orleans. She is married to Frank Snellings, an attorney from Monroe, Louisiana, and they have two adult children and one grandson. They currently reside in Washington, DC, and attend St. John’s Episcopal Church. They enjoy traveling and spending time with family and friends at their family camp on Lake Pontchartrain. 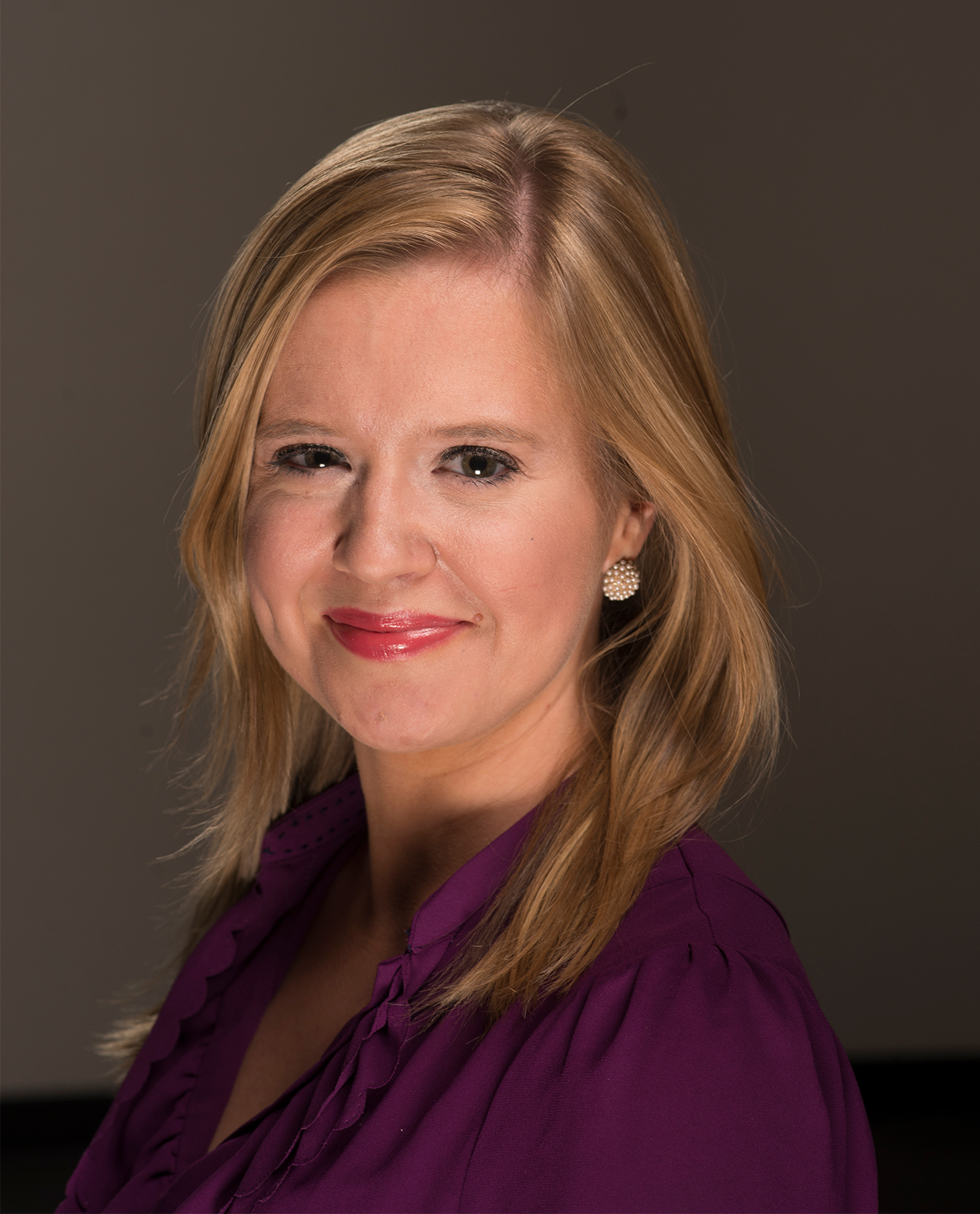 Amy Brittain, an investigative reporter for The Washington Post, teamed up with reporter Irin Carmon last fall to break the news of sexual harassment by television host Charlie Rose. Earlier in 2017, Amy was named a finalist for the Livingston Awards for Young Journalists. In 2016, she was part of a team of Post reporters awarded the Pulitzer Prize for chronicling fatal shootings by police officers across the country. Before joining The Post, she was the winner of the George Polk Award for exposing rampant use of anabolic steroids by police officers in New Jersey. Amy, a native of Shreveport, La., earned her bachelor’s degree in mass communication from Louisiana State University and her master’s degree in journalism from Columbia University. 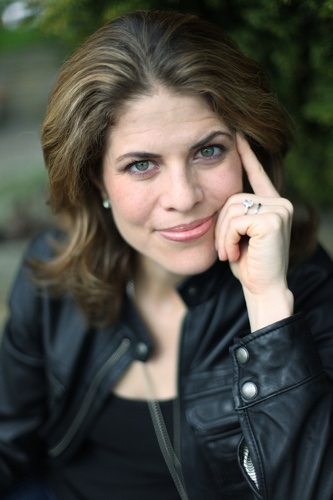 Gloria Riviera is a correspondent with ABC News, currently based in Washington DC covering a wide array of topics for all network platforms. Prior postings include New York City, the United Nations, London, Baghdad and Beijing. Her reporting has taken her to more than a dozen countries across the Middle East, Europe, Asia and Africa covering war, natural disasters, extreme adventures and more. Specific topics of recent focus include child sex-trafficking, human rights abuse, women’s empowerment in third world countries and the #metoo movement in the U.S.

In 2017 her work investigating child sex-trafficking in the U.S. was recognized with multiple awards including an Emmy nomination for Best Investigative Story of the year. She has recently covered the challenges facing Muslim families in the U.S. from countries on President Trump’s travel ban list, the future of healthcare, the pro-life vs. pro-choice debate and more.

Her first job in news was running the teleprompter (script) for the weatherman at her Seattle hometown ABC station KOMO and doing the ‘donut run’ for the 5:00am morning news show team, only the latter of which she mastered. She received a B.A. in English from Princeton University and a masters in journalism from New York University. She lives in Washington DC with her husband, Jim Sciutto of CNN, and their three children. 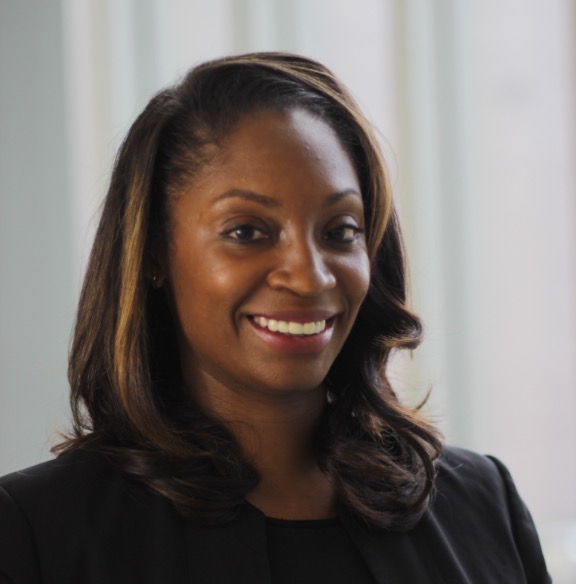 Michelle Craig serves as Managing Partner of Transcendent Legal. With over 14 years of Am200 law firm experience, she was a partner with Adams and Reese LLP, New Orleans before starting her own firm. She holds dual Juris Doctorate (J.D.) and a Bachelor of the Civil Law (B.C.L.) degrees from the LSU Law Center. She also studied International and Comparative Law at the Université d'Aix Marseille III in Aix en Provence, France.

In her practice at Transcendent Legal, LLC, which she founded in 2014, Craig facilitates effective negotiation, mediation and resolution of legal matters for small to large companies in the areas of litigation, labor and employment, economic development, and transactions. She incorporates project management and process improvement throughout her cases.

In 2008, she was named a Women of the Year Honoree by New Orleans CityBusiness, as well as an Innovators of the Year Honoree for her work with The Urban League Young Professionals. She was honored as the Most Powerful and Influential Woman in Louisiana in 2012 by the Diversity Council. In 2013, she was honored as a Leadership in Law award recipient. 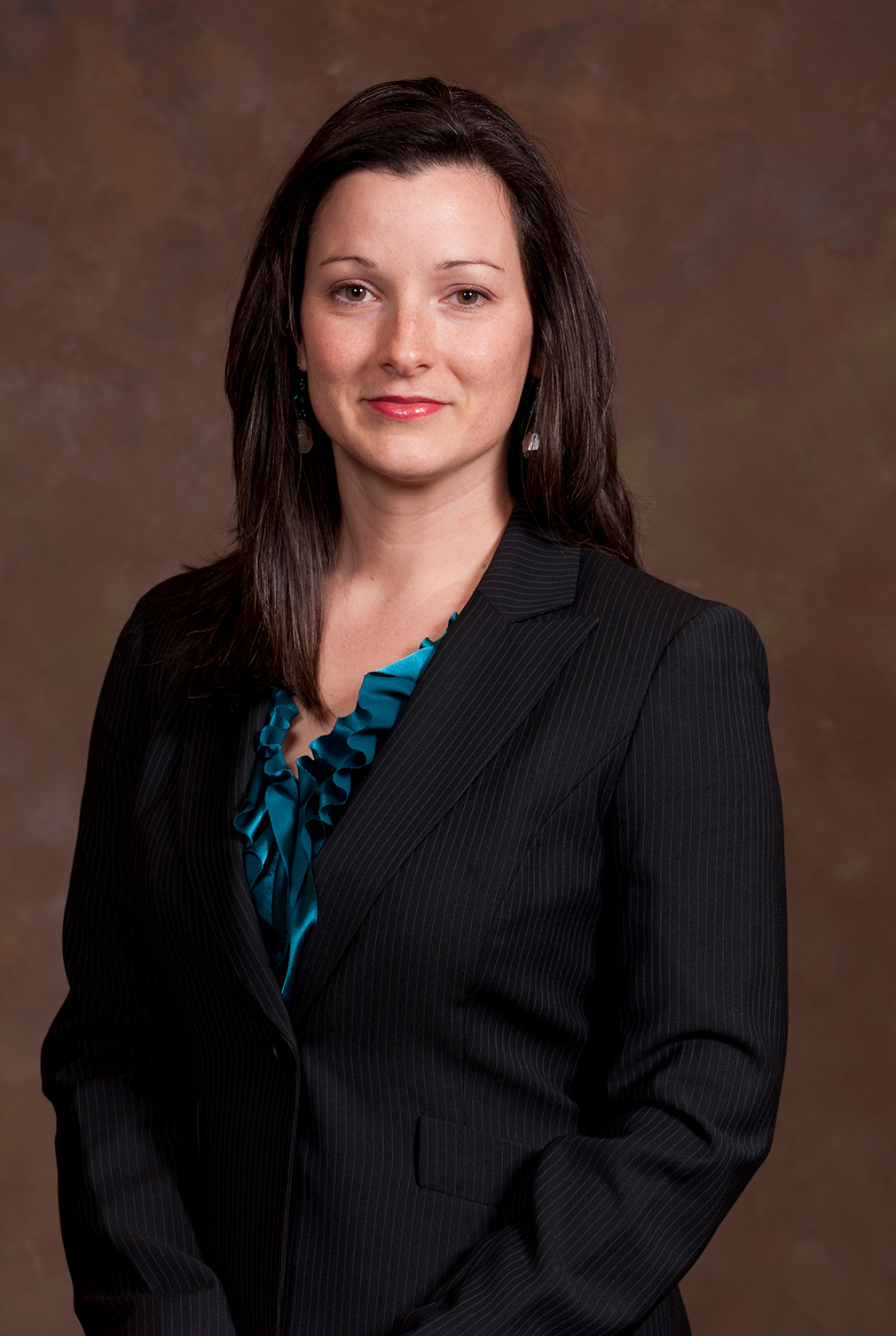 With more than 20 years of experience in public relations, Wilks delivers a solid background in nonprofit and organizational communication. She shares her experience with clients and students, teaching them essential skills and developing practical solutions for common public relations challenges. Her strengths include strategic planning, advocacy, website and social media management, special event planning, volunteer recruitment, and fundraising. Over the years, Wilks has worked in health care and insurance, arts, environmental and natural resources industries, for both nonprofit and governmental agencies. She joined the LSU Manship School of Communication as an instructor in August 2015. 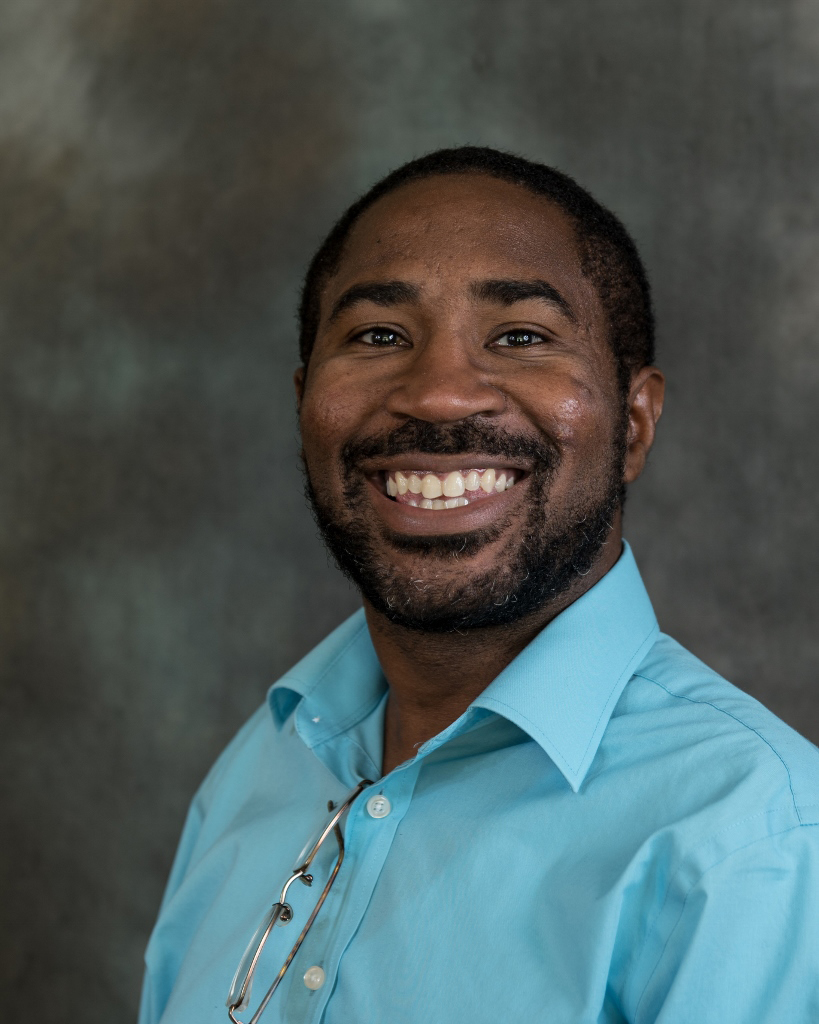 Steve Bien-Aimé is an assistant professor at Louisiana State University, where he teaches journalism at the Manship School of Mass Communication. Prior to receiving his doctorate from the College of Communications at Penn State, Bien-Aimé worked as a copy editor at both The News Journal in Delaware and The Baltimore Sun and served in a variety of functions at FOXSports.com in Los Angeles, departing as deputy NFL editor. His research interests include race and gender portrayals in news and sports media.