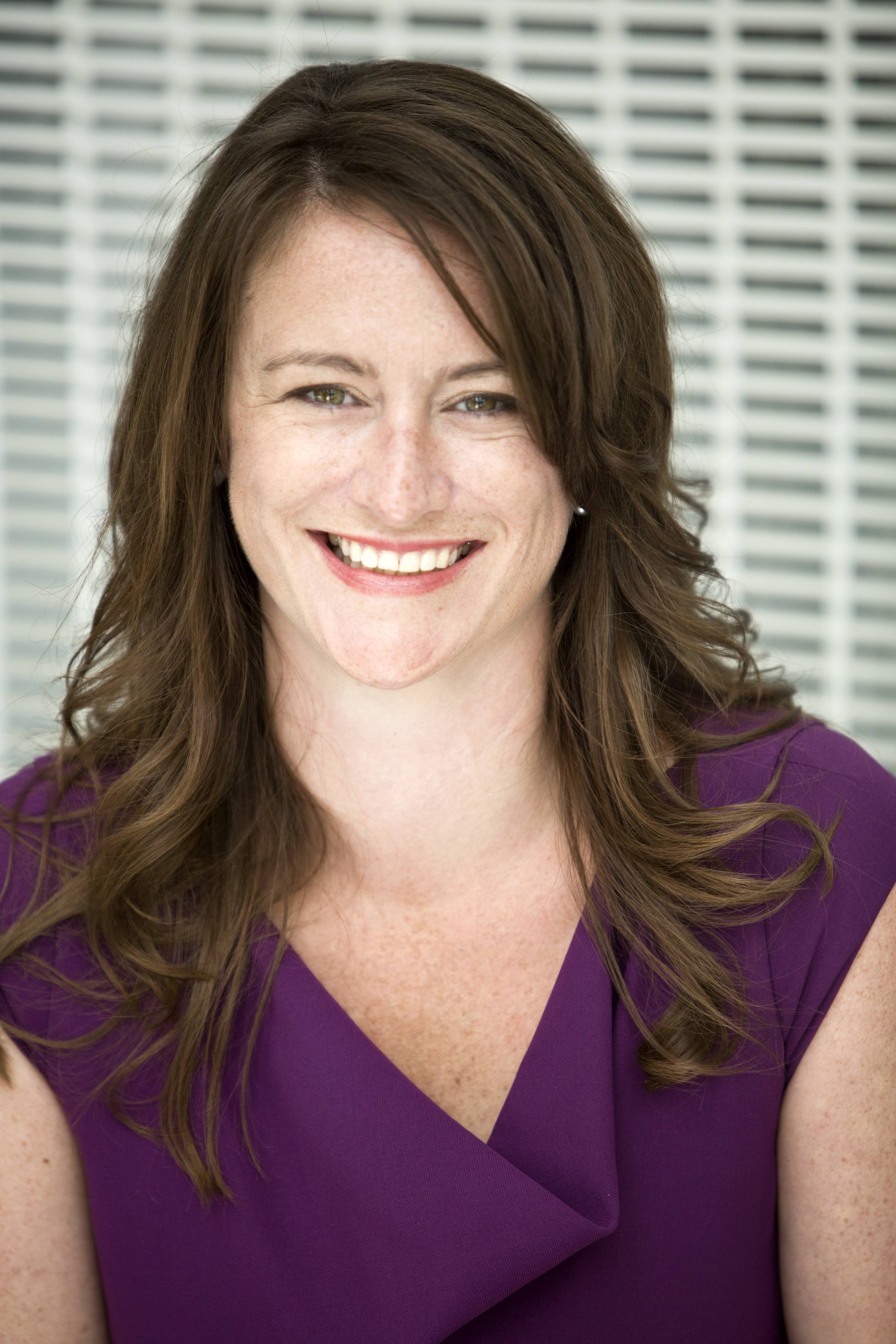 Jenée Slocum is a public policy, communications and higher education professional whose passion lies in bringing people and resources together to advance the public good. Throughout her nearly 20-year career, she has worked with government entities, individuals and non-profit organizations. Jenée has helped her clients and employers build robust systemic structures that support long-term goals, overcome organizational challenges, and grow resilient coalitions to bolster a range of initiatives. She is most well-known for her ability to conceptualize and implement successful large-scale programs.

Jenée previously served as the agency higher education liaison for both Louisiana Economic Development and the Louisiana Workforce Commission. While in those roles, she successfully collaborated with Louisiana’s higher education and PreK-12 community to adjust legislation and institutional policy focusing state resources on and encouraging state residents to pursue programs leading to high-demand, high-wage job opportunities available in the state.

Jenée is fiercely dedicated to improving communities, which drives her volunteer work as a board member for both WRKF-FM, the Baton Rouge NPR affiliate, and Celerity Louisiana Charter Schools.

Nearly a quarter of her life was spent living abroad, which gives Jenée a unique cultural perspective that informs her ability to build strong relationships and support on behalf of her clients. She speaks three languages fluently, including Portuguese and Spanish, thanks to her time living in Honduras, Argentina and Brazil. 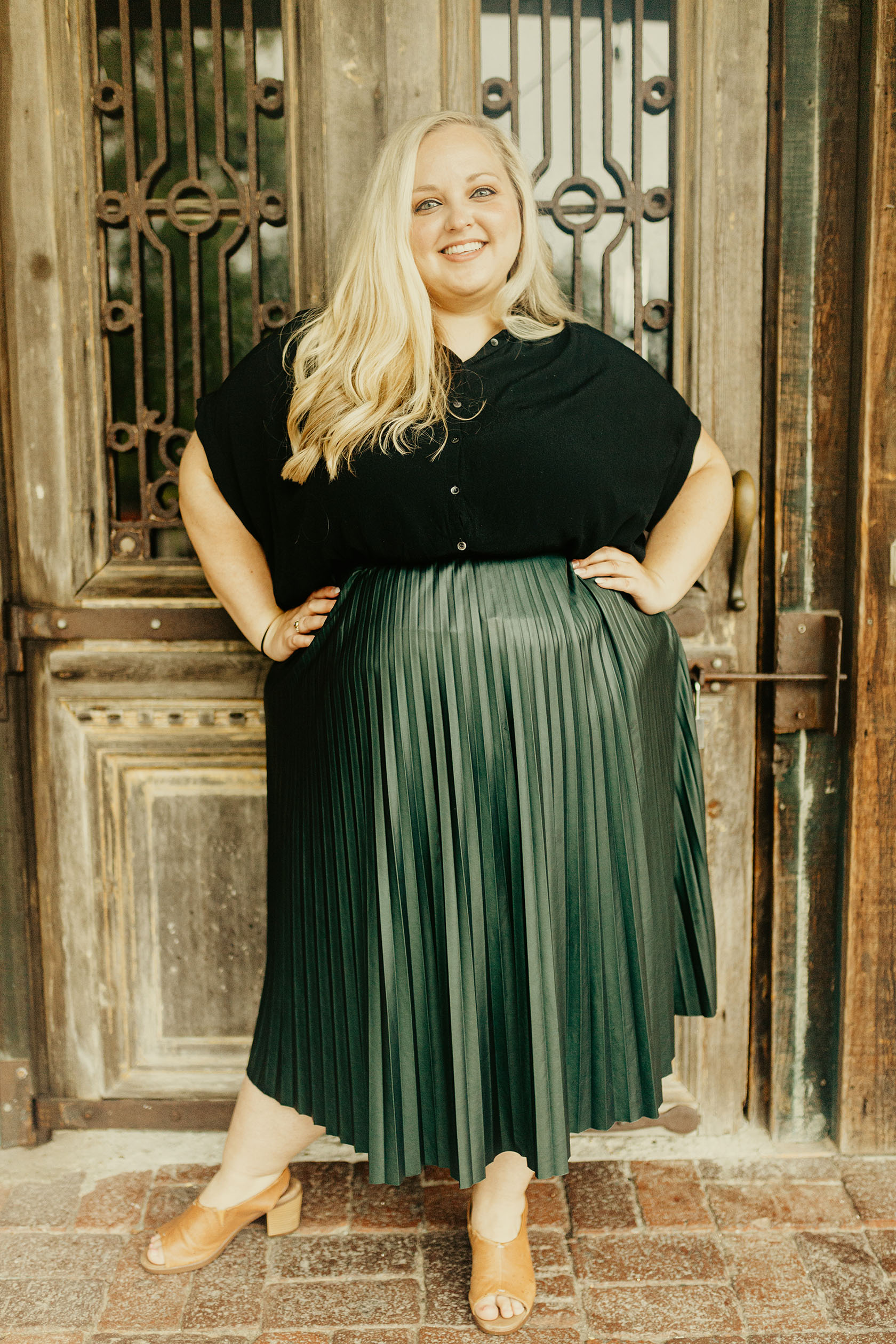 Kelci Sibley is the Program Coordinator for the Reilly Center for Media and Public Affairs. In her role, Kelci is tasked with generating thoughtful programming that reflects the Reilly Center's three areas of focus: addressing contemporary media and public affairs issues, enabling civic engagement and leadership, and advancing diversity, equity and inclusion. These programs range from large-scale public symposia to student-oriented professional development opportunities. In addition to coordinating all Reilly Center events, she also contributes to Manship School annual events, including the 1913 Society Dinner and Hall of Fame ceremony.

A proud Manship School of Mass Communication alumna, Kelci brings nearly a decade of experience in public relations, event planning and marketing. Prior to joining the Reilly Center team, Kelci was the Marketing Coordinator at Breazeale, Sachse & Wilson, a leading Louisiana law firm. 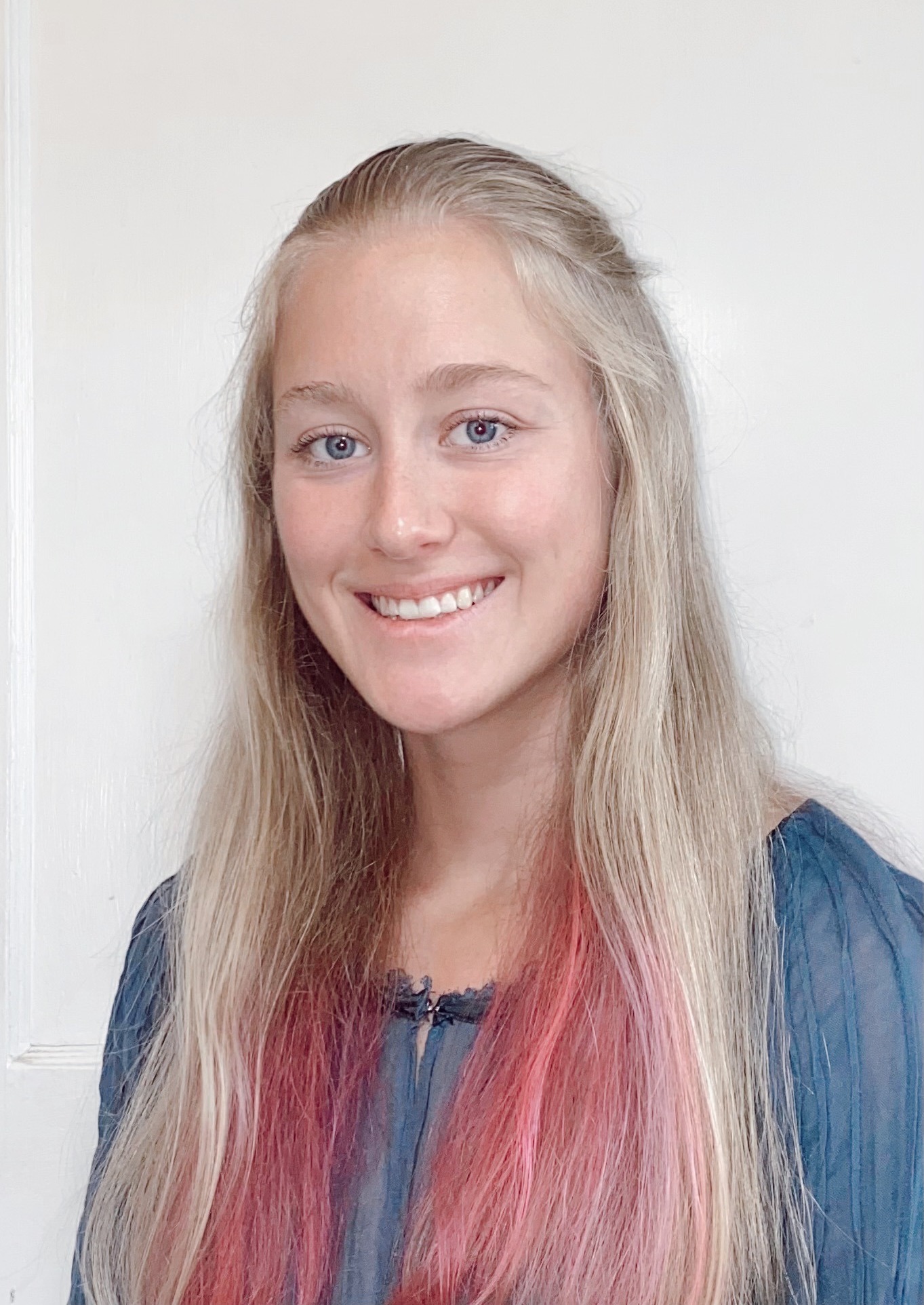 Ashlyn Barclay is a graduate student at Louisiana State University’s Manship School of Mass Communication and a graduate assistant for the Reilly Center for Media and Public Affairs. Originally from Memphis, Tennessee, Ashlyn obtained her Bachelor of Arts in Mass Communication with a concentration in political communication from LSU’s Manship School in 2021. While pursuing her B.A. at LSU, Ashlyn also minored in anthropology and philosophy. During this time, she was a legal assistant intern at Unglesby Law Firm and was a campaign intern for the Baton Rouge Mayor-President in 2020. She is interested in freedom of speech and international law, hoping to one day pursue a career in policy research that relates to these interest. 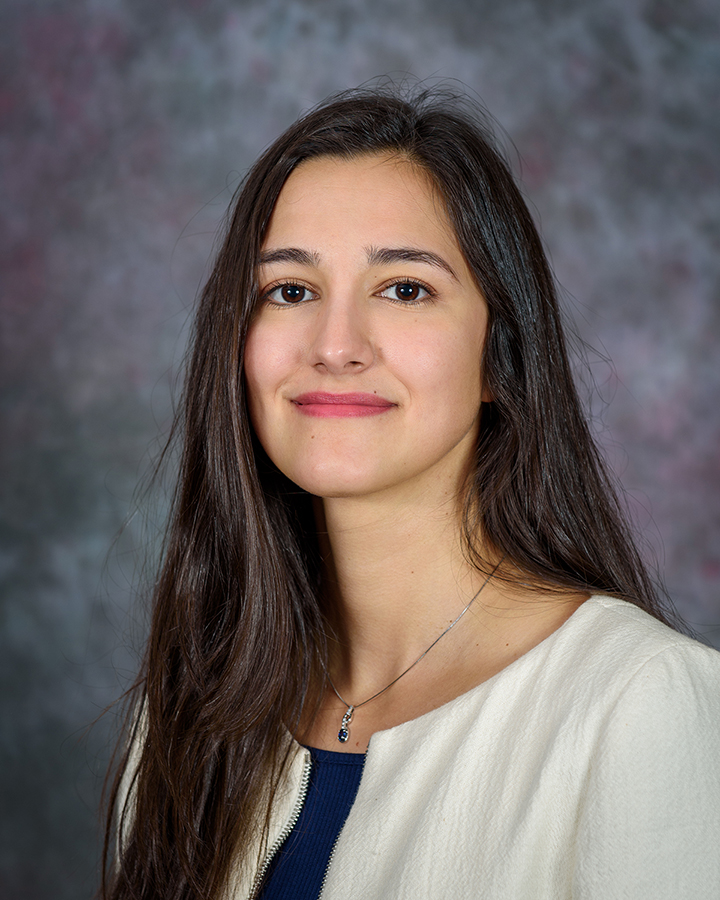 Mariana Fontaiña is on the last semester of her Master in Mass Communication while being a graduate assistant for the Reilly Center for Media & Public Affairs. Originally from Uruguay, in 2018 she obtained her Bachelor of Arts in Cultural Management from CLAEH University in Montevideo. From 2016 to 2020 she worked at Escaramuza Bookstore, TripAdvisor Travelers’ Choice 2020, coordinating all in house events. She also was the regional coordinator for the International Literature Festival FILBA and FILBITA in Montevideo, and the production assistant for the MVD Jazz Festival, a two edition instrumental music festival. 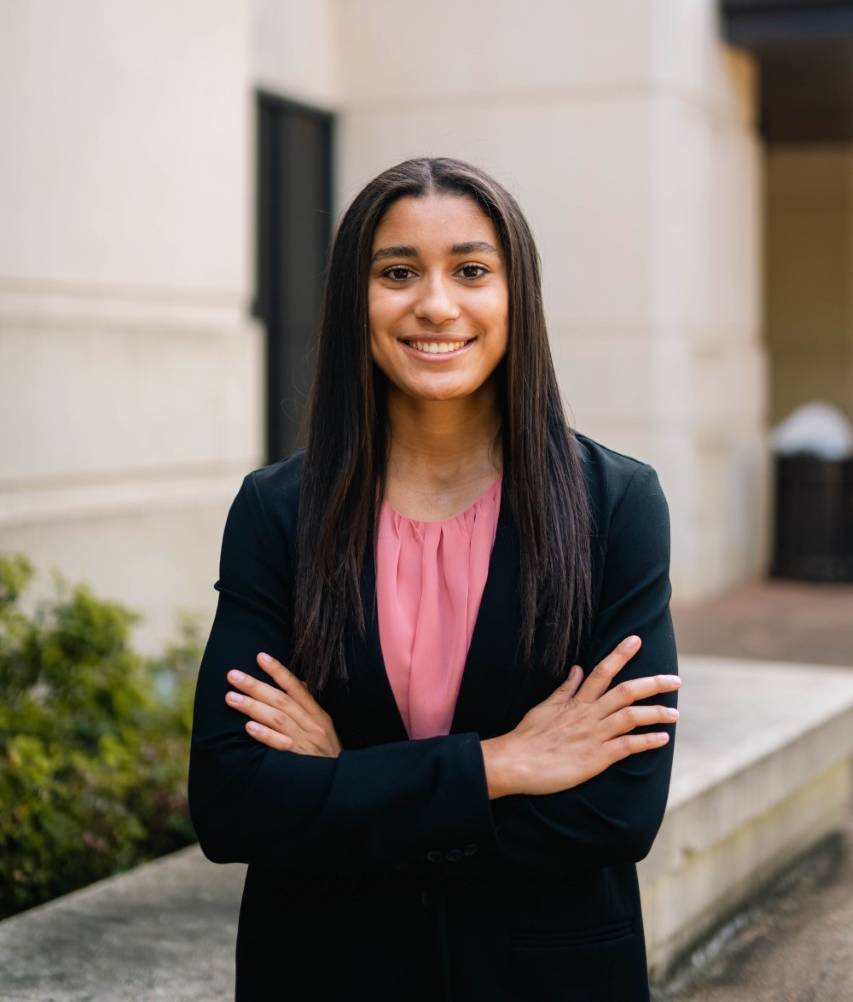 Madison Banks is a senior in the Manship School of Mass Communication. She is pursuing a bachelor’s degree in political communication and a double minor in history and communication studies. Originally from Maryland, Madison has had quite the journey to LSU. She completed her freshman year at a smaller college in South Carolina, where she played collegiate soccer. As a sophomore transfer student at LSU, she was able to adapt and create connections. Madison is a member of several organizations such as the Pi Beta Phi sorority, LSU Club Women's Soccer team, National Society of Leadership and Success, and the Society of International Affairs. When she is not completing schoolwork or studying, Madison loves to cheer on the Tigers, exercise at the UREC, or hang out with friends. After college, she plans on working in Washington D.C. and wants to keep pursuing her passion for public affairs. 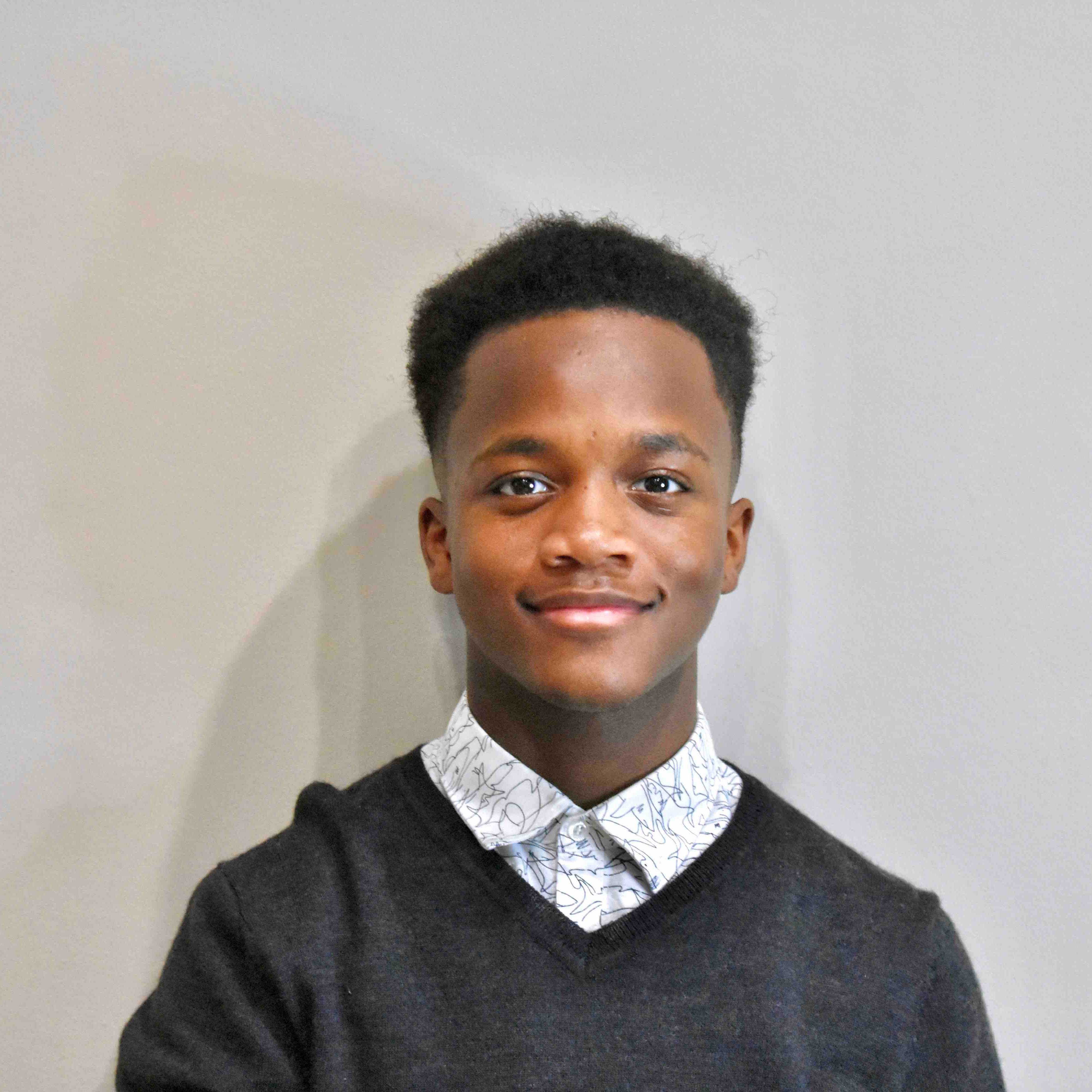 Dylan Borel is a second-year student at Louisiana State University. He is double majoring in French and mass communication with a concentration in digital advertising. Dylan has studied many elementary, middle and high school courses in French since kindergarten. In his senior year of high school, he passed the DELF, an exam from the French Ministry of Education. He is now certified bilingual and hopes to study abroad someday.

Dylan has an interest in visual communication and hopes to have a career in it someday. He has been a self-taught freelance photographer and videographer over the last five years. During the 2022 spring semester at LSU, Dylan joined The Reveille’s multimedia team as a student photographer. Now he is an intern at the LSU Reilly Center of Media and Public Affairs and a student photographer for LSU Sports. 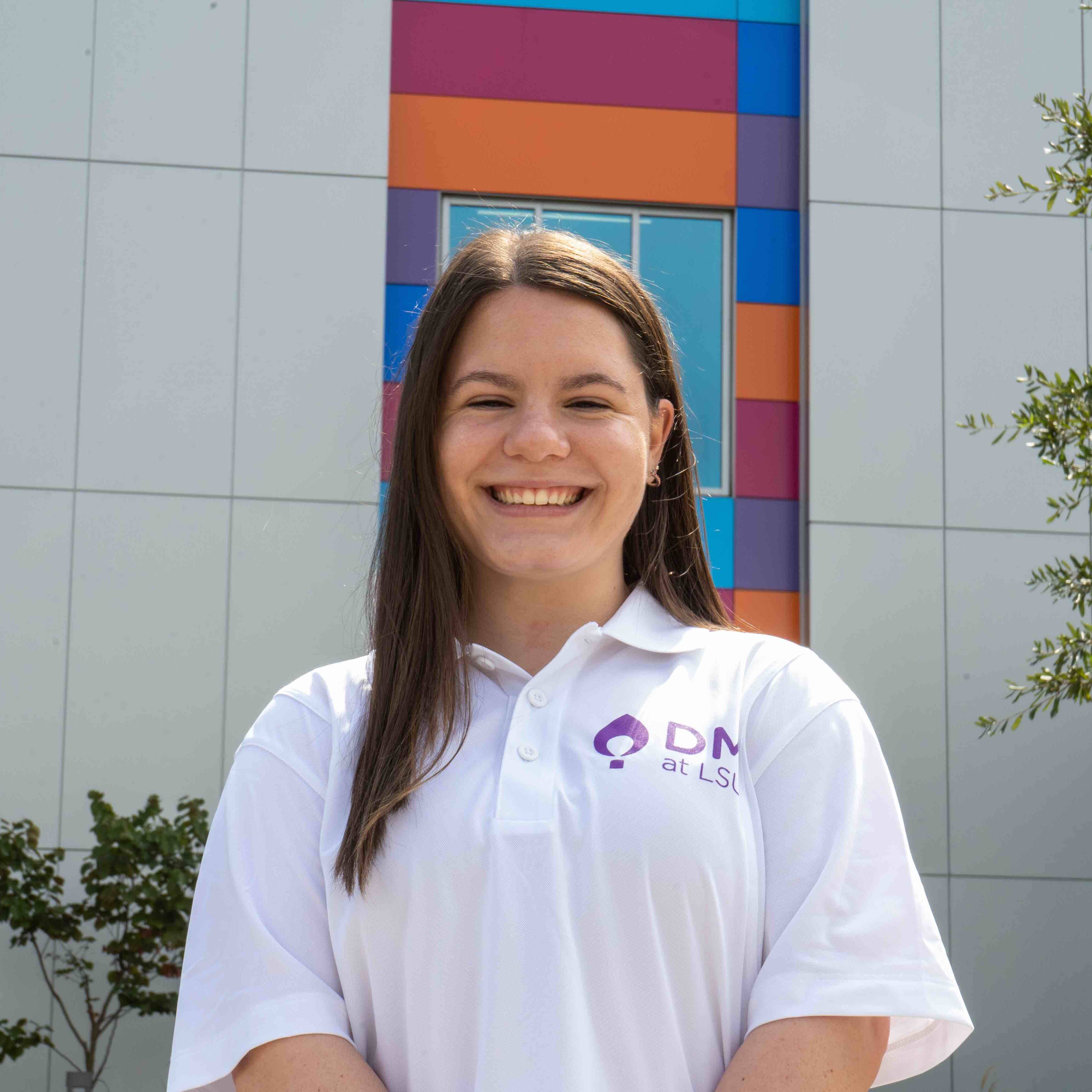 Lauryn Bowman is a fourth-year student at LSU and a first-year student with the Manship School of Mass Communication concentrating in public relations.

With her PR degree, Lauryn aims to work with fan engagement in the music industry after graduation. She is a firm believer that the music industry would not be what it is without the fans, so she would love to help give back to them.

Lauryn is involved in Dance Marathon at LSU helping raise funds for families and patients at the Our Lady of the Lake Children’s Hospital in Baton Rouge. She is incredibly passionate about the fight for the next generation and believes that all kids deserve a chance to live a long, healthy life. 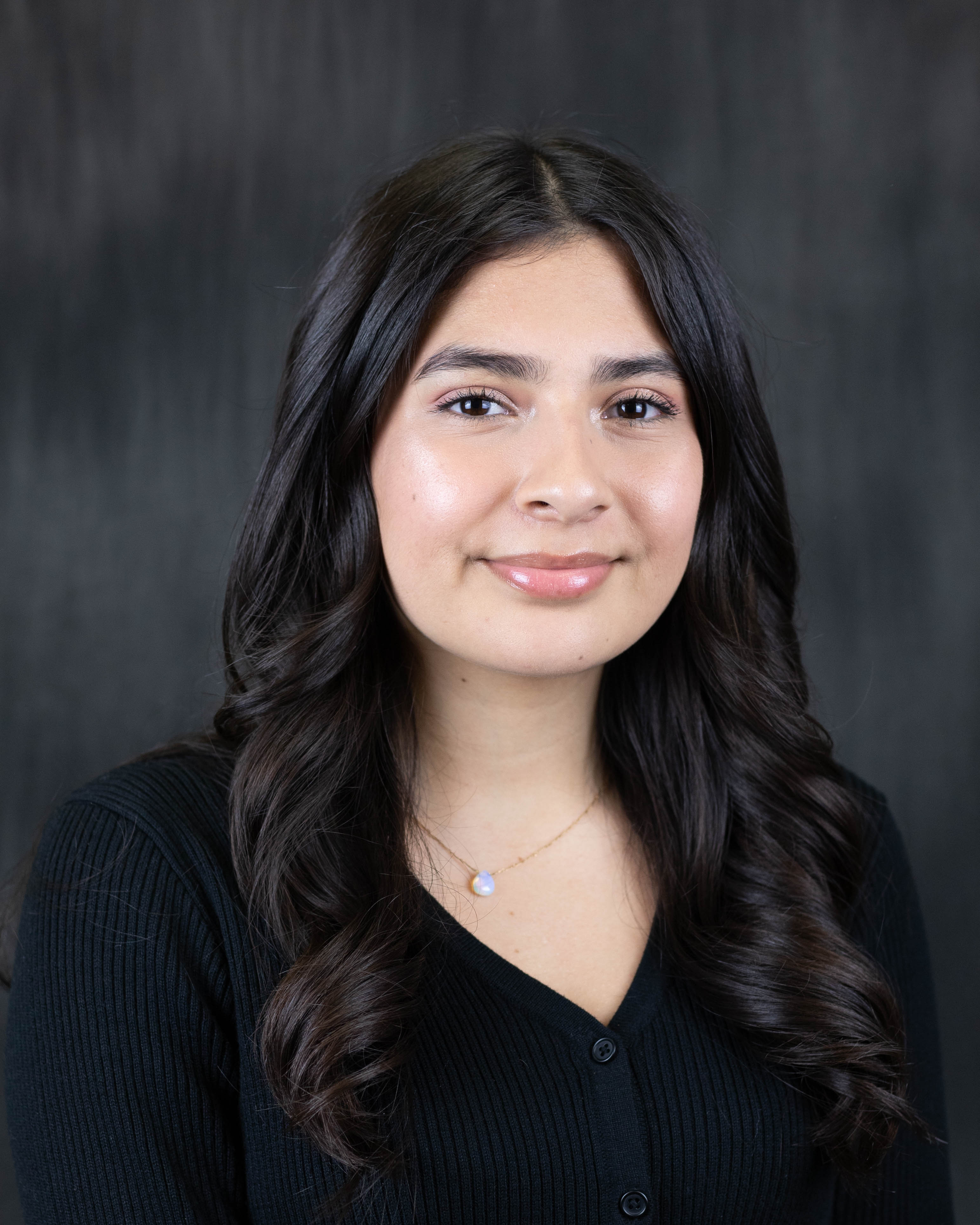 Adamaris "Adam" Chavez is a student at the Manship School of Mass Communication. She is majoring public relations and minoring in Spanish and international studies. Adam is known for doing all things Manship, including being an Ambassador who represents her senior college with class, and now as an intern with the Reilly Center for Media & Public Affairs.

Adam is involved with several organizations around LSU's campus, but all with the intention of leaving her mark on this institution. When she is not running around the Journalism building, she can be found in the Latinx center overseeing her Mariposa Book Club. 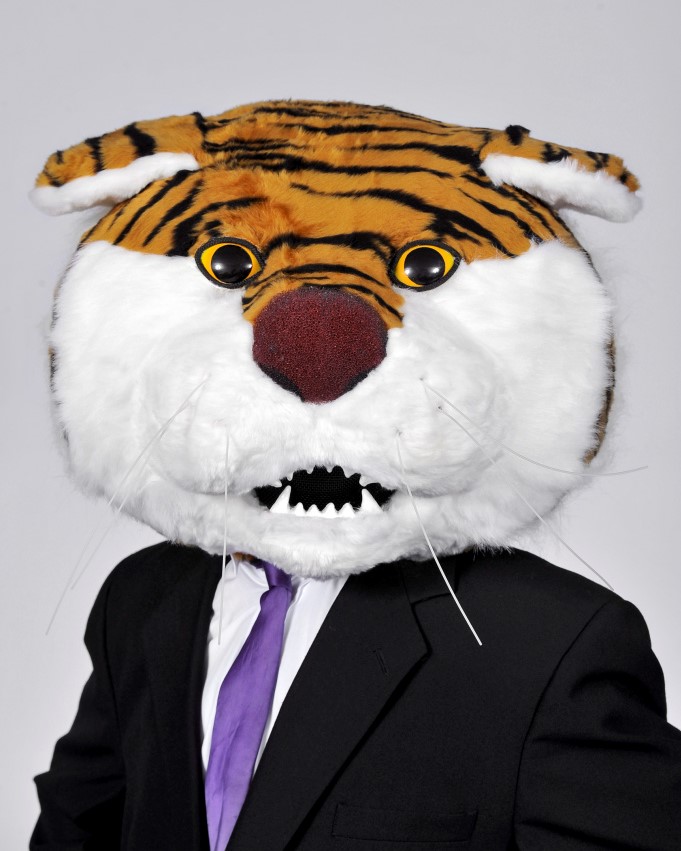 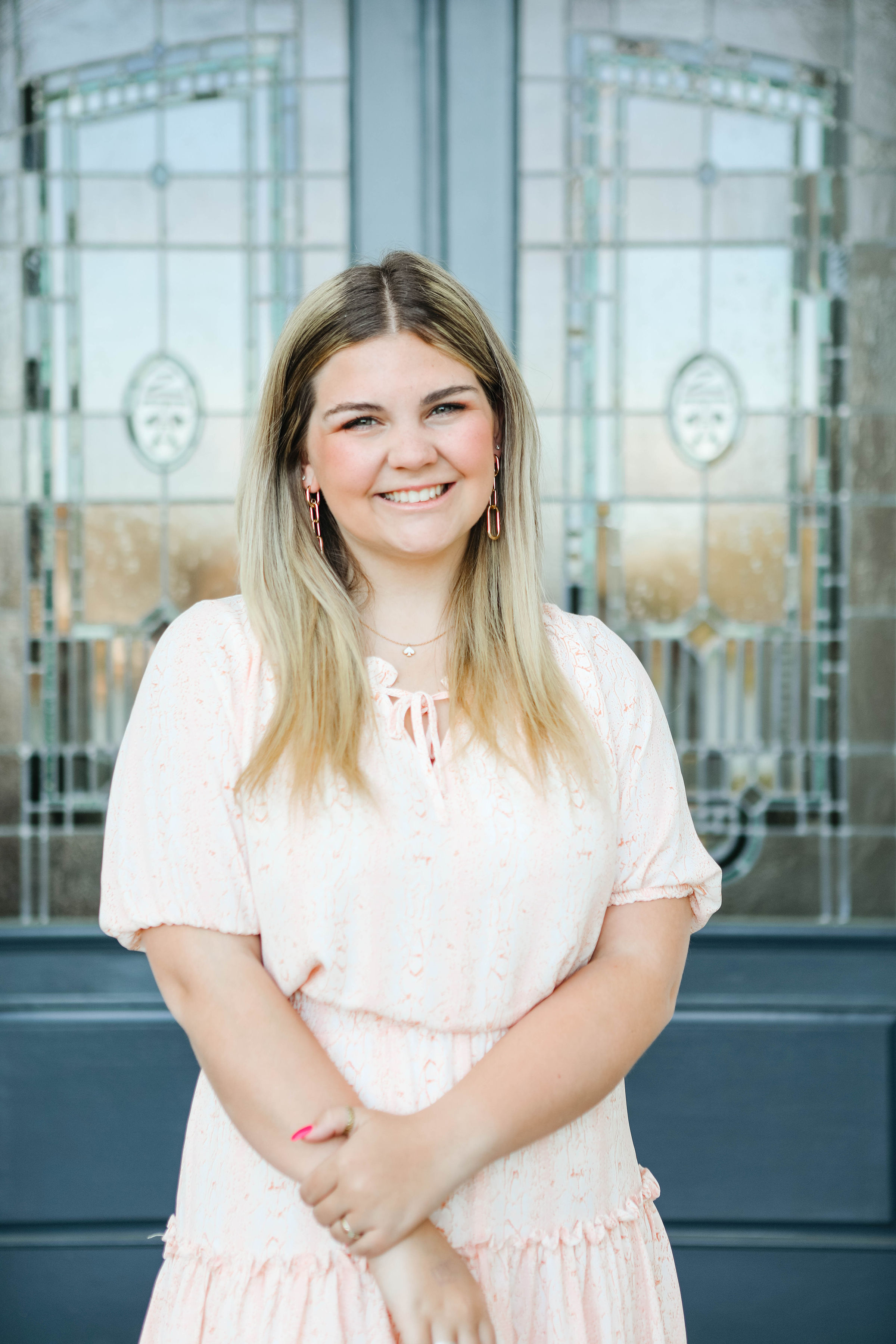 Millie Lindsay is a Mass Communication major with a focus on Digital Advertising. She also minors in Business Administration and Screen Arts. She is currently working as an intern with the Reilly Center for Media & Public Affairs, as well as working as the Communications Liaison for EXIT Realty in Baton Rouge. She is also an active member in the Zeta Tau Alpha sorority and serves as their sisterhood director. 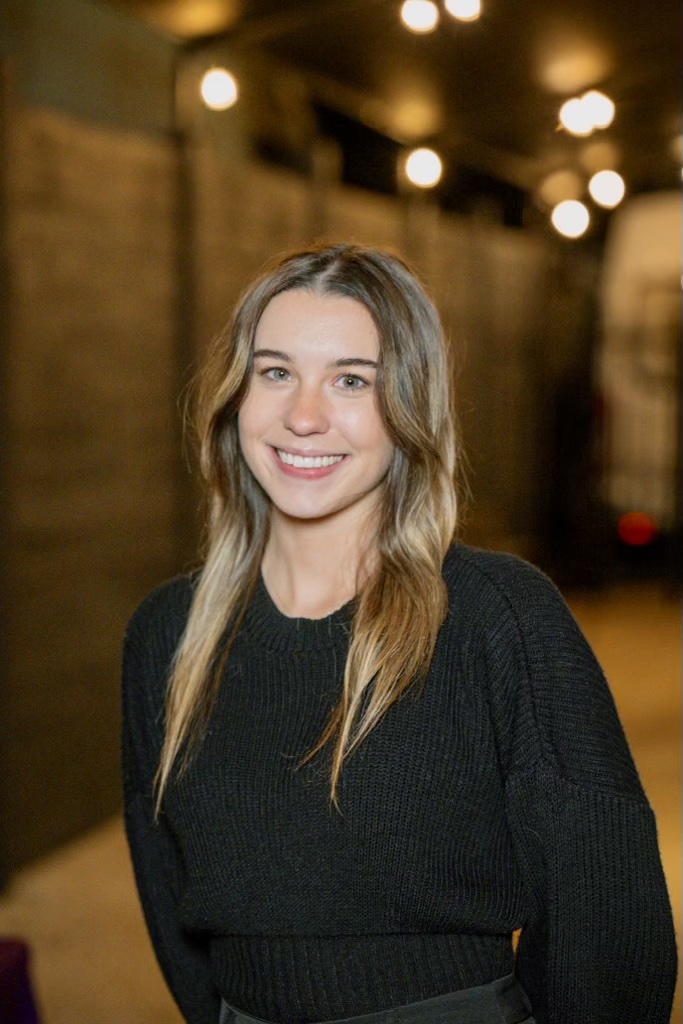 Nora is a senior Political Science major at LSU. She is from Baton Rouge, Louisiana and decided to stay home with the Tigers for college. Nora serves as a Computer Chair and External Community Service Chair for her sorority, Kappa Delta. She previously worked as a swim coach at Baton Rouge Country Club and as a Hostess at Ruffino’s Restaurant. Nora is very passionate about women’s rights, and after graduating hopes to travel, write, and publish articles about different struggles women face around the world. She is always interested in meeting new people and hearing their stories. Nora studied abroad in Madrid for the Spring 2022 semester and spent long weekends and breaks traveling all over Europe. When she is not studying or traveling, she enjoys spending time with friends and watching movies.