Torrie Fields, MPH
Torrie Fields was the Fall 2019 Reilly Center Public Policy Fellow. At the time of her visit, Torrie served as Head of Palliative Care for Blue Shield of California where she led the development and implementation of programs and processes at Blue Shield of California that support people with serious illness and their families. Torrie visited Baton Rouge September 10 through September 12, 2019. In that time, she participated in several events, including a public talk and panel discussion on September 12 at LSU Health New Orleans. Continuing her work with the Reilly Center in the Spring of 2020, Torrie joined a virtual panel conversation on Advanced Care Planning and COVID-19 as part of the Reilly Center’s Communications & COVID-19 Virtual Event Series. 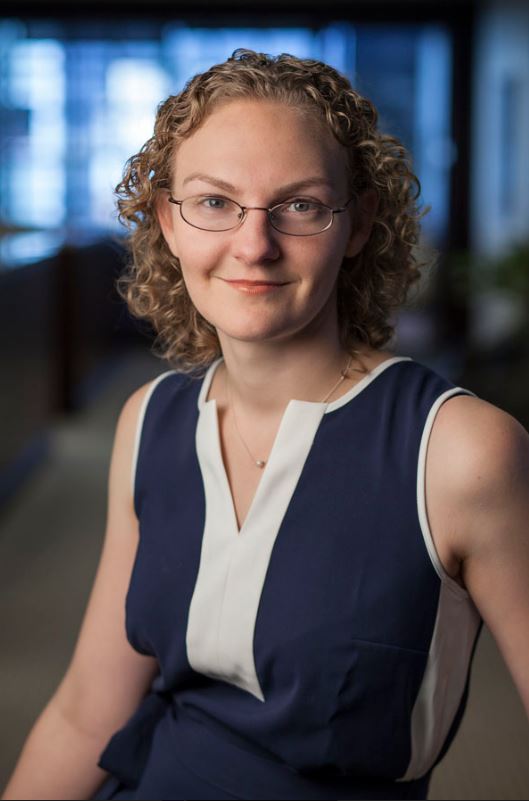 Gavriel Salvendy
In partnership with LSU's College of Engineering, the Reilly Center invited Gavriel Salvendy, Professor of Industrial Engineering at Purdue University, to be part of the Public Policy Fellows program. In addition to his public lecture, “How to Increase Research and Economic Impact on a Regional, National and International State,” Salvendy met with students and leaders in the university, community, government and relevant industries to discuss how to select high impact research for increased economic development. 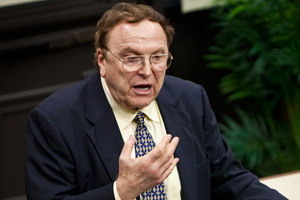 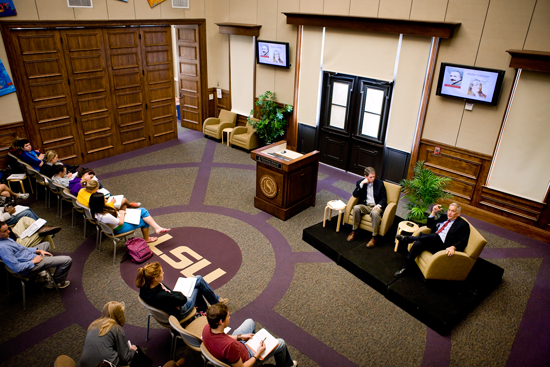 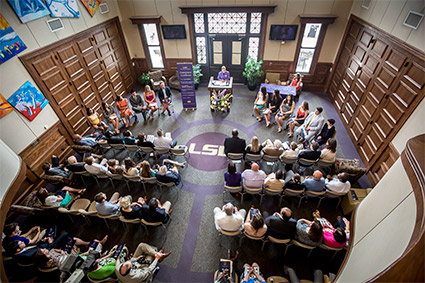 Marina Vashakmadze
Marina Vashakmadze, Associate Director of the ProMedia II project for the International Center for Journalists, Editor-in-Chief of STUDIO magazine and an associate professor in the Tbilisi State University Journalism Department (Republic of Georgia), visited LSU as part of the Reilly Center's Public Policy Fellows program during the 2003-2004 academic year.

Bill Shore
Creating Community Wealth and Lasting Change
Bill Shore, founder of Share Our Strength and author of the book, The Cathedral Within, visited Baton Rouge during the 2003-2004 academic year to serve as a Reilly Center Public Policy Fellow and the keynote speaker for the Baton Rouge Area Foundation’s Marcia Kaplan Kantrow Community Lecture Series, where he discussed Building Community Wealth and Creating Lasting Change.

James Carey
The Contradiction of Free Media, Democracy, & Globalization
James Carey, a professor of journalism at Columbia University who is credited with originating the ritual view of communication in mass communication theory, visited LSU as a Public Policy Fellow in the 2003-2004 academic year. He presented "The Contradiction of Free Media, Democracy, and Globalization." 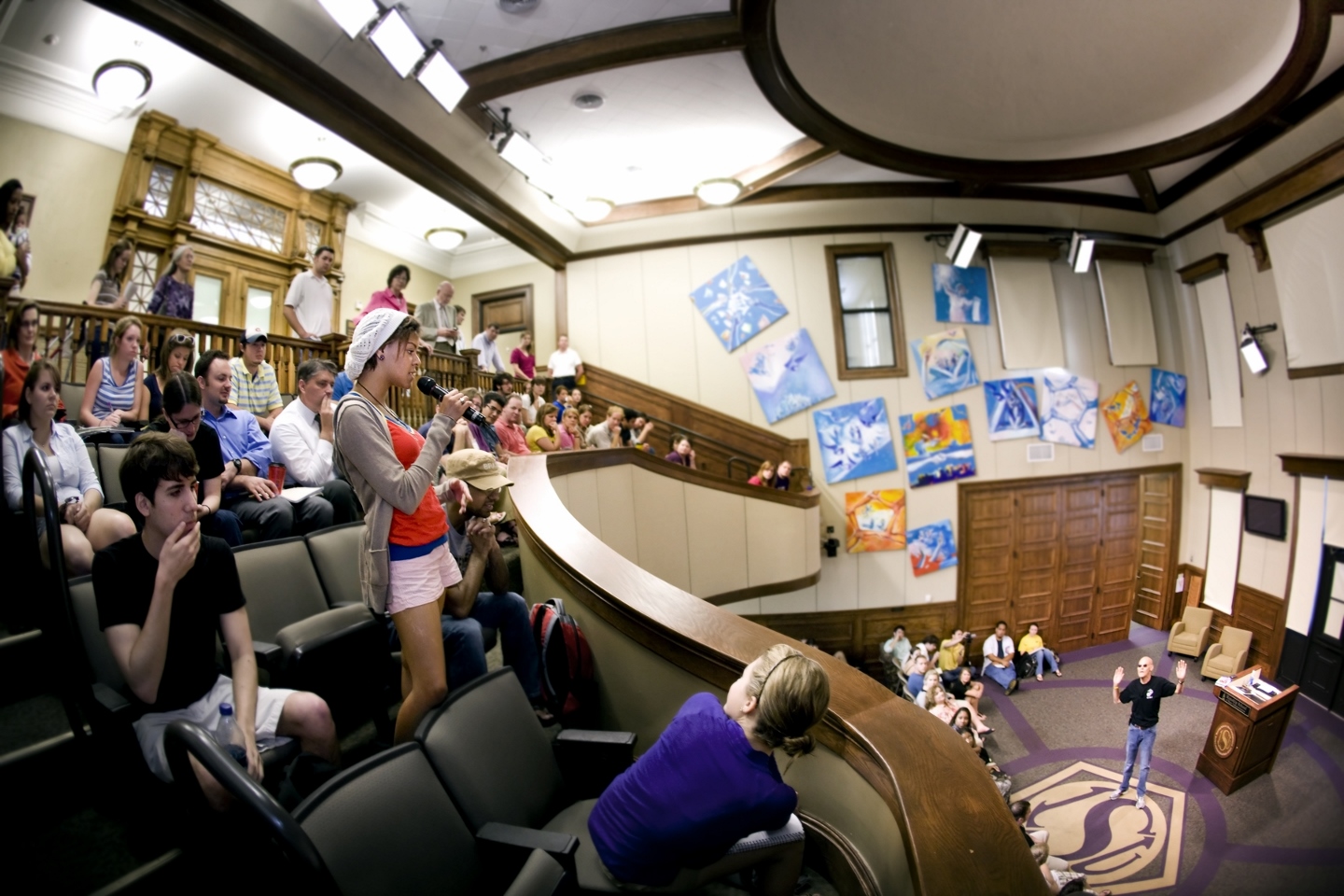 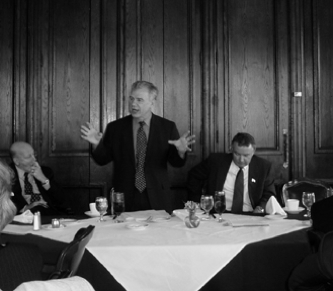 John Lombardi
Competing for Quality: The Public Flagship Research University
Dr. John Lombardi, Chancellor and Professor of History at the University of Massachusetts Amherst, served as co-editor of The Center for Measuring University Performance's Top American Research Universities project on measuring university performance during his visit to LSU as a Public Policy Fellow. His visit focused on the economic significance of a land-grant research university could have for the state, as well as what increased investment in LSU can mean.

Curtis Wilkie
An acclaimed journalist and historian of the American south, Curtis Wilkie visited LSU as a Public Policy Fellow during the 2002-2003 academic year. He is the author of the book Dixie: A Personal Odyssey through Events that Shaped the Modern South and focused his presentations during his time at LSU on covering civil rights.

Guido Stemple
Guido Stemple is a distinguished professor emeritus at the E.W. Scripps School of Journalism at Ohio State University, co-editor of the Web Journal of Mass Communication Research, and senior research editor of the Newspaper Research Journal. He shared his expertise on mass communication research concepts during his Public Policy Fellow tenure at LSU. 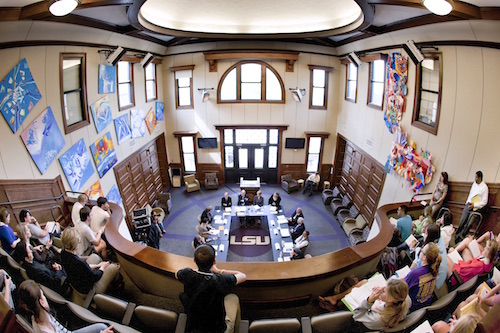 Michael M. Crow
Louisiana State University and the New Knowledge Economy: Leapfrogging Louisiana From the 19th Century Economy to a 21st Century Economy
The University of Arizona's Michael Crow visited LSU as a Public Policy Fellow to discuss the state of Louisiana's economy and methods by which it could be improved.

Keith Woods
Diversity, Democracy and the J-School Professor
During his time as a Public Policy fellow at LSU, Keith Woods served as the dean of faculty at the Poynter Institute. He wrote in various capacities, previously, for the New Orleans Times-Picayune, and serves presently as the vice president of diversity in news and operations at NPR in Washington, D.C.

Eric Hanushek
Economics and the Finance of Schools
In conjunction with LSU's Political Science Department, Eric Hanushek of The Hoover Institution at Stanford University visited LSU as a Public Policy Fellow to discuss the pressing issues in higher education of economics and financing for schools.

Donald Boesch
Consequences of Climate Change in Louisiana
David Boesch visited LSU as a Public Policy Fellow during his time serving the University of Maryland Center for Environmental Science. His timely presentation and essay addressed the results of climate change for the future of Louisiana. 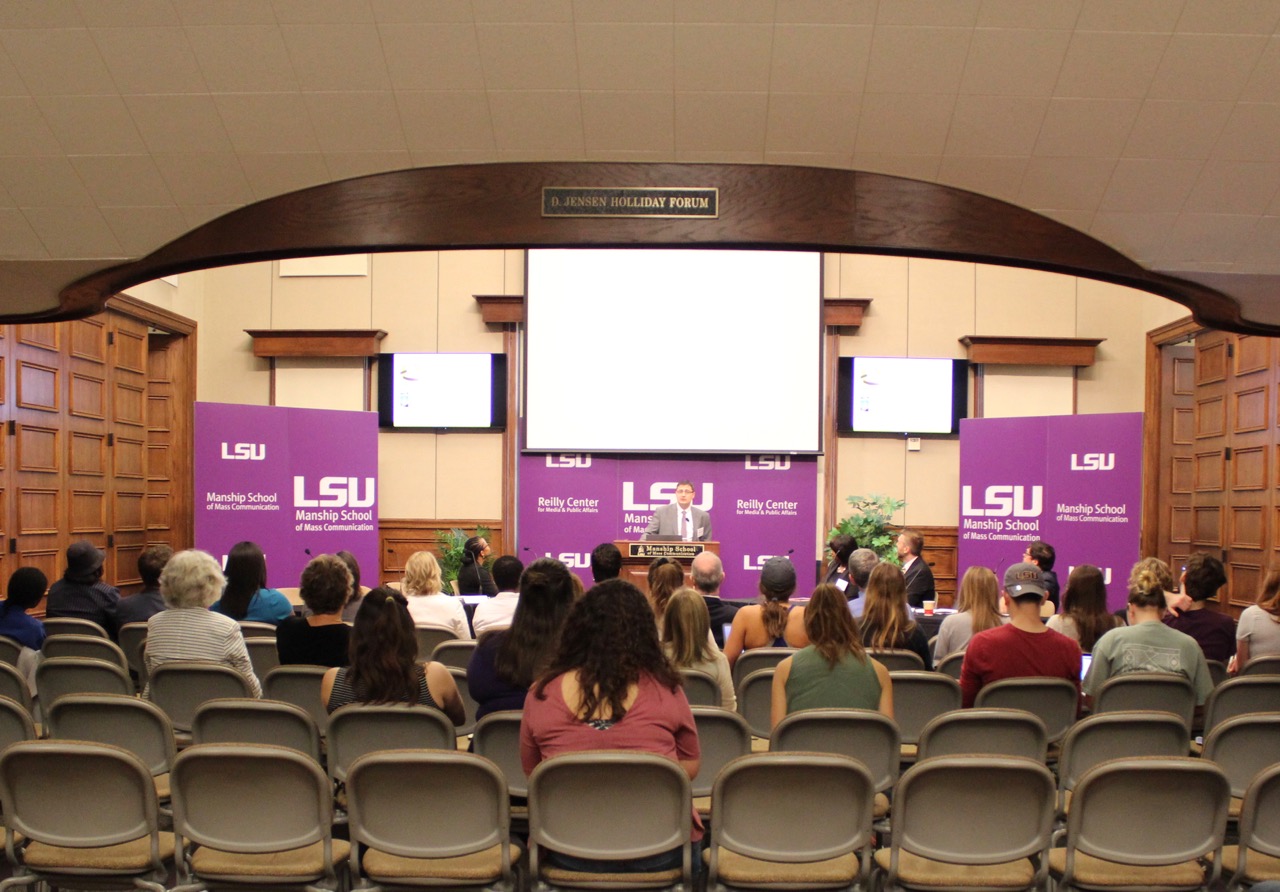 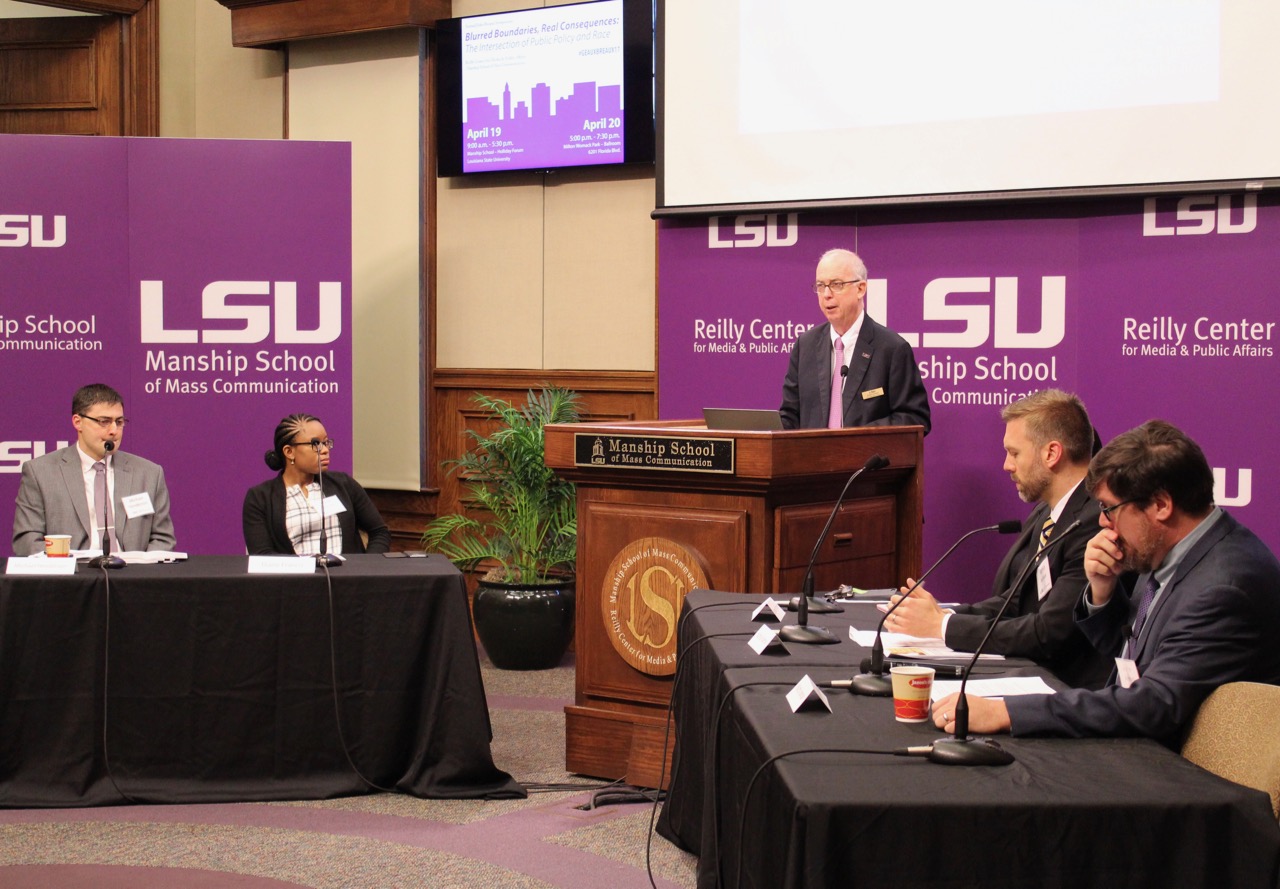